Choose your team of 7 Justice League members. This team can be picked strategically or just a team of your favorite leaguers.
Mine would be;
Superman (Powerhouse)
Batman (Strategical)
Martian Manhunter (Powerhouse/Desognated Telepath)
Green Lantern Hal Jordan (always good to have a lantern on the team)
Dr. Fate (Sorcerer Supreme so he’d be designated to handle any magic related situation)
Captain Atom (energy based powerhouse, also could use firestorm for this role)
Metamorpho (adaptability to any situation) 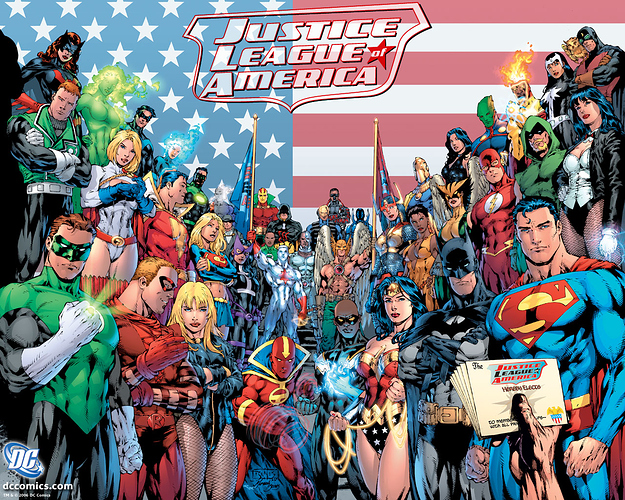 It would be (except for Manhunter) basically Couples’ League of America (yeah, I’m more of a Batman/Wonder Woman shipper than Batman/Catwoman).

Well, I guess I’ll approach this from how I’d compose a lineup for an actual main JL book.

Have to have J’onn, the Big Three move books, and while I like Hal as much as the next guy, I kind of want to shake things up, so given the other GLs I had to choose from, I caved to animated-JL nostalgia and picked John. I guess a Justice League lineup should ideally have a Flash, but I’m going for a little variation while still remaining roughly in the realm of classic JLA members.

I guess this is my list for now. So hard to choose, LOL.