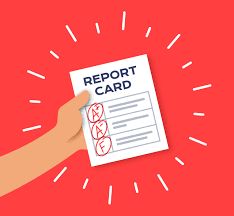 We’ve under two weeks until 2022 is forever in the past (unless you’ve a Legion Time Bubble, a nuclear-powered DeLorean, a Klingon Bird of Prey that can shoot around the sun and rocket into the past, a police box that’s bigger on the inside than it is on the outside and/or know a Kryptonian that can turn back the Earth), so what are your

grades for the areas of the DC brand that interest you the most, and how they were carried out in 2022?

The Superman line (especially World’s Finest), the 30th anniversary celebration of The Death of Superman, the rebirth of WildStorm, Geoff Johns’ return to the Justice Society, Nightwing and The Flash’s continued greatness and Flashpoint Beyond (the DC event of 2022 that harkened back to a previous event mini-series, wasn’t mostly padding, had 0 tie-ins and lived up to the hype), all added-up to a pretty darn schway year on the printed page.

As usual, Warner Home Entertainment scored home run after home run with this year’s direct-to-video output, with Catwoman: Hunted and Constantine: House of Mystery being favorites of mine.

SN: I expect Legion of Super-Heroes to be a favorite, come this time next year.

The Batman: Entertaining, and it showcased Batman’s detective skills quite well. While a good movie overall, it feels like Nolan’s reheated leftovers in some regards. I’m hoping the sequel will focus on finding its own identity and substantially shy away from being Nolan 2.0.

If a Zoe Kravitz Catwoman movie should come along, I’m confident it will be a live-action Catwoman movie that won’t suck, as Ms. Kravitz was quite the adept Catwoman and then some.

Legion of Super-Pets: A ton of fun. File away the “Its a cartoon and a kid’s flick.” noise and see it for yourself if you haven’t, because its fun, witty, full of Easter eggs and it features a fair amount of adult humor, while also being a beautifully-animated adventure.

Black Adam: Also a lot of fun. Not without its drawbacks, but overall, a fun adventure that introduced the Justice Society to its first big-screen outing, brought back Henry Cavill’s Superman and, for those who followed the movie since it was announced years and years ago, it was great to finally see the project come to fruition and enter the live-action DC lexicon.

Two words: The Sandman. It was beautiful and then some.

One word: Peacemaker. It was hilarious, heartfelt and action-packed.

Elsewhere, Harley Quinn, Titans and Doom Patrol all enjoyed new life, with Harley leading the bunch in subversive, Easter egg-laden and hilarious adventures, while Titans somewhat made up for the shortcomings of season 3 (Hurray for moving outside Gotham, but nay on the excessive blood vomit).

Outside of Superman & Lois, I haven’t watched much of the CW shows recently, but the latest TV adventures of Superman still soar high. I hope the final season of Stargirl will be good…whenever I get around to watching it.

Teen Titans Go! continued to be a ton of fun, while Batwheels was far more entertaining than a show about sentient, Bat-vehicles ever seemed like it could be, conceptually-speaking.

From DC Multiverse to Super Powers and beyond, Todd McFarlane and McFarlane Toys owned 2022 in the toys and collectibles segment of the merchandise ecosphere.

Lego had an unfortunately small DC representation this year. However, they did produce Harley Quinn on a skateboard and wielding a giant mallet for $10 (and with a free Batman/Batcycle build, too

Spin Master continues to belt out quality product, including a release of Solomon Grundy that stands among the best Grundy merchandise (action figures or otherwise) of all time.

Prior to October’s introduction of the Ultra tier, DCUI had already been cruising along nicely.

Once Ultra was introduced, however? Its as Joker said in The Dark Knight: “You’ve changed things, forever.”

Brand-new comics 30 days after their retail release, the Vertigo and Black Label catalogs and the addition of collected editions?

Make mine Ultra, and for years to come, please.

Yes, there were negatives (Batgirl’s undue shelving, Cavill no longer being Superman, etc.), but as a realistic optimist, I feel that the positives far outweighed the negatives.

They don’t have to be good grades. All that’s “required” is your assessment of how the areas of DC that are of interest to you performed this year.

This should go without saying, but I’ll say it anyway to all who read this thread:

Critical points of view are absolutely welcome (as always, honesty is the best policy), but please do keep criticisms constructive.

After all, one will always catch more bees with honey than vinegar.

Oh then a+++ for Titians series

Did you see Batman: Under The Red Hood for the first time this year, or was it a favorite re-watch of yours?

Publishing: B-
Outside Media: D+

Under Favorite Re-watch, I’d give an A++ to the 4K editions of Superman: The Movie and Batman.

They make one’s eyes quite happy and then some.

I’ve read some Red Hood and the Outlaws from the New 52 era (still haven’t finished it yet), finished 2 volumes of Super Sons (still on book 3 and Jon hasn’t been aged up yet), annnnnnnnnd… every now and then I remember that Webtoons is a thing. Mostly somewhat up to date with WFA, started Zatanna but haven’t caught up since episode 5, attempted to continue through Vixan but not quite caught up yet. Red Hood Outlaw… um… at least 10 episodes in (YES, I KNOW, I’VE SINNED!)

Is there something else I’m forgetting? Oh I know, so I couldn’t play Gotham Knights myself because I have no gaming system other than my Nintendo Switch Lite, but I watched the first part of Batman Arkham Videos’ playthrough of it on YouTube, and then I got busy and haven’t watched any of it since.

Yeah… definitely not A material. If reading my post felt like a fever dream, than you know exactly how I’ve felt lately. I love DC, I really really do, and while I’m not the type to say “everything sucks” (because that’s not how I feel at all by any means) I’m just… exhausted. Every now and then I’m able to pick up a comic and then I make a big deal out of it. I go “I will start reading more comics from now on!” And then I never do. Even with regular books and movies/shows, I just don’t have the time or energy for it. I can’t even sit down and write without someone needing my immediate attention and breaking my concentration (which is sad, because writing is my dream afterall). Even with the Webtoons, which I READ ON MY PHONE!

I also just recently found out about what happened to the lantern corp spectrum and how they all disappeared and came back, like, how and when the
the hell did that happen? 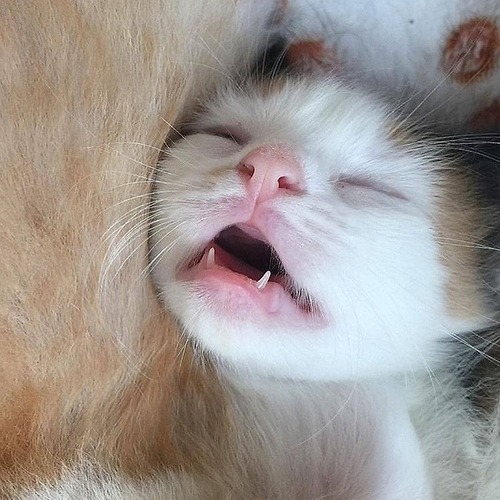 Guano in a bonnet, I keep forgetting about Webtoons!

makes a “Read more Webtoons schtuff in '22.” note to himself

Cats kick ass, and always earn an A+++++ and then some, no matter the year.

As far as Ultra goes, it is definitely an A from me. I love getting the comics earlier, and the access to series not available before. Not all are my cup of tea. For example, Transmetropolitan is too coarse for me. But that is ok. There are plenty of other series I do like.
I am caught up on Titans, which I will give a B. Lots of changes from the comics, but it isn’t bad if you think of it as its own thing.
I can’t speak to any of the movies because I haven’t watched them.

I can’t speak to any of the movies because I haven’t watched them.

They’re all on HBO Max (the theatrical releases are in 4K to boot), ready and waiting.

Great idea for a thread. Assessment incoming after I finish doing the laundry while binging the last few episodes of See.

Great idea for a thread.

Assessment incoming after I finish doing the laundry while binging the last few episodes of See.

You mind doing a load or two of my stuff while you’re at it?

I’ll make it worth your while…

There’s extra if your dryer fluffs my socks just right.

Zaslav’s made some unfortunate decisions so far, no doubt.

However, he does realize that DC hasn’t been living up to its on-screen potential, that its fully capable of doing so and he appointed Gunn and Safran to see it does just that.

He has a few positives, at least.

I really enjoyed the DC movies I’ve watched this year. Brought my kids to the theater to watch League of Super-Pets, which was a really great experience. Black Adam was a lot of fun, though I admit it could have been better. And The Batman was good, though it took me a couple of tries to get through it. I’d give it a B overall for DC movies.

TV-wise, The Sandman was amazing and Superman & Lois maintained its quality from season 1, in my opinion. Peacemaker was so much more fun than it had any right to be. And Harley Quinn season 3 was also another winner. The rest of the slate was, for me, just kind of there. But the highs were REALLY high, so I’ll give the TV slate an A.

With the introduction of DC Universe Infinite Ultra, the comics side of things get an A also. My favorites for the year (an incomplete list, just off the top of my head) have been Nightwing, the Superman family of books, Human Target and Dark Crisis: Young Justice. Most of the ancillary Dark Crisis Books (like World Without a Justice League) have been much better than the main series. Without those issues, I feel like the main narrative would have been lacking.

Overall, I’d say DC gets an A- this year. Really can’t complain about that. I’m a happy DC reader for 2022.

everything else I either haven’t seen yet or sucked.

Merciful Minerva, how could I forget those in my OP?

Especially since I co-hosted watch-alongs of The Sandman. So much for being attentive.

Thanks for highlighting both of those, as The Sandman was definitely The Event of the Year when it came to DC TV.