Hi all, thought I’d post an idea I’ve been working on for a while. This is my design of a younger more modern Superman. I’ve always preferred that his suit was somehow handmade on Earth, either by Martha or someone else. The only thing Kryptonian is the cape, held together by a House of El clasp because quite frankly, how the hell does Superman keep his cape on tucked into his shirt? His shirt is sorta like underarmour material, maybe created by Batman to be bullet and fire proof. I went with a lighter blue closer to Christopher Reeve’s suit, with a red symbol with no background I just think it looks more stylish. Then he’s wearing navy blue joggers and burgundy boots. I wanted to make everything easy to hide under clothes because let’s face it he’s gotta change in a moment’s notice. He can keep his cape folded tight in his pocket. My Superman has pretty much all the same powers, save for heat vision which happens when he is overcome with rage, then drains him of all powers for 24 hours. I really wanted to portray the Man of Steel as a homegrown hero just starting out, navigating through being a hero in a busy city, at a new job. To me that’s what makes Superman so down to Earth and relatable. 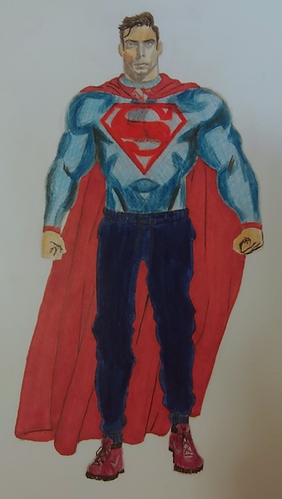 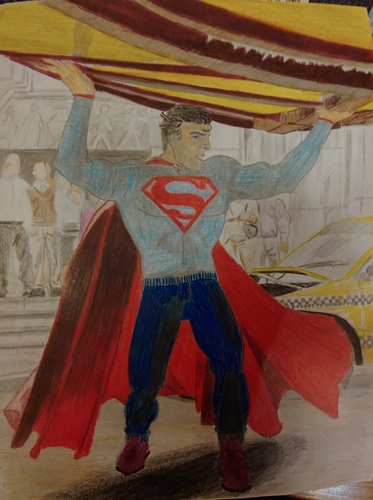 The face has a lot of great detail and I really like it. Love that you gave him the little curl as well.

Thanks! Modeled the faces after Christopher Reeve. The curl is the best part I hate when it’s left out

Besides the drawing ( which is great!) I love how warm it looks. Flying as high & fast as he does, must be cold even for a Superman.

I love the grounded take on the character. If that was on a comic book cover, I would buy it in a second. Awesome job!

I like that it’s has some Smallville components(the pants and shirt), and I like the hair cause in that show I never really liked his long hair look.

Welcome to the community, @arman.rahman96.41060! Way to kick it off with a bang! These drawings are phenomenal. Thank you for sharing!

At first glance, I got a strong John Winchester (Jeffrey Dean Morgan) vibe. The likeness in the tones and facial structure is a nice nod to this actor. 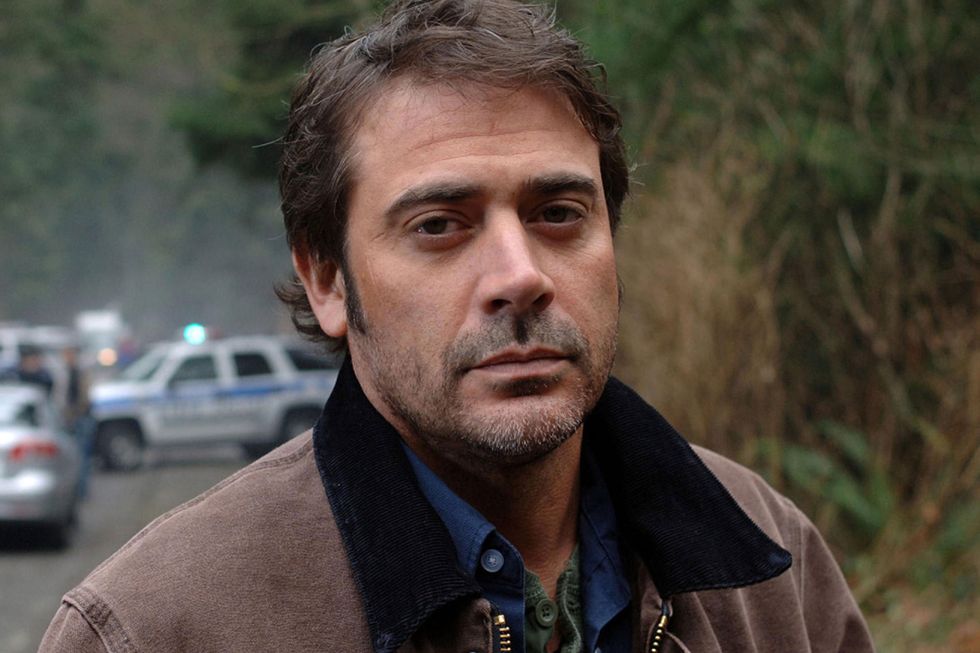 As @capo-mage mentioned, the whole piece has a warm presence and the use of color makes it a real standout. I love your descriptions and reasoning behind each style choice. The people in the background of the second image, along with Superman’s pose are exceptional. So well done! I look forward to seeing more of your work!

@DukeGaga311, what are your thoughts on this art?

That was a good comparison.

I really like the choice of colors and the design you made this is really well done. I would say it looks equal parts Tom Welling, Chris Reeves, and maybe a touch of Nick Cage. I also like the choice of clothes you gave him- blue joggers and burgundy boots would make more sense since he is has to be always alert on his feet ready to save people at a moments notice. It adds to the relatable factor- and the scenery you chose for background of 2nd picture is spectacular. Love that you try to add more depth to the character other than what they choose to wear or their appearance.