Any update on the release date Young Justice season 4?

I haven’t heard anything yet… it was confirmed right? Or was that a rumor?

Yes it was confirmed but so far no date

With this pandemic DC universe should release some episodes

I really want to know when there will be an update on YJ4… I know it was confirmed and I know DC has been super busy but I feel as though it’s been more than a year and still no update… Especially since when DC Universe came out that was one of the huge things. Young Justice season 3 was going to be on here and Titans but now I feel as though it has gone into the void.

Hey folks! No updates on YJ Season 4 quite yet, but keep an eye out on the Watchtower for any news regarding it.

I’d like to add something/clarify some things here, if I may.

They “should” release some episodes? They either haven’t made them yet or if they’re working on them, I doubt they’re finished. And given our current situation, I’m willing to bet any production is currently on hold like everything else in the world right now.

Someone said they feel it’s been more than a year since an update. They announced there would be a season four at San Diego Comic Con. That was eight months ago. Hardly more than a year I’d say.

I’m with you all. I’d love to see the fourth season of Young Justice. But we have to remember production schedules for animation, especially with a show like this are complex. Also, we all are going through something that, as a result, has production of a lot of the entertainment industry on hold at the moment for safety reasons.

Season four will be on DC Universe. I’d rather wait for it to be complete and for those countless people working on it to be safe and healthy rather than rush it out, risking their lives.

Patience, people. Patience. It’ll all be worth it

Good Things come to those that wait…

I can’t wait for season 4 (the only original show on this godforsaken service I enjoy, but that’s a discussion for another thread and another day)! But I would rather them take their time and it be great that rush things out so I’ll wait patiently. But that doesn’t mean they can’t give us regular updates on what’s happening. I’m totally down for that.

That’s because they had been working on it for a while. Most of, if not all the season was in the can already.

Last public update that I know of was March 3rd. Greg said they had 12 scripts written and 8 of them were fully recorded. No animation sent over yet. He’s also said that the YJ crew is continuing to work as they can from home. 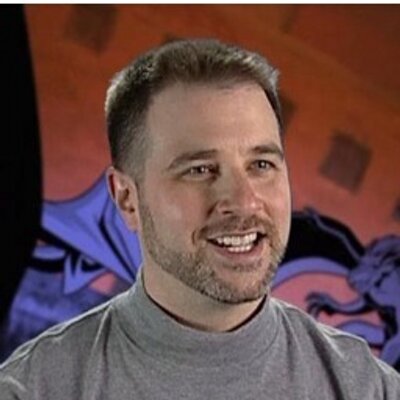 Nothing is in the can. But we do have 12 scripts final, and eight of those fully recorded. https://t.co/HfIafYjcEZ

@Greg_Weisman Hey, Greg. Here's one. How many episodes and scripts of YJ S4 are in the can now? #AskGreg, #Comics, #YoungJustice4, #gargoyles, #KeepBingingGargoyles

It’s gonna be awhile, folks. YJS3 was announced in November of 2016, and the first episode premiered in January of 2019. That’s over two years from announcement to release. Be patient.

Although, it is supposed to have a massive time jump. Possible rumor (another, I meant another).