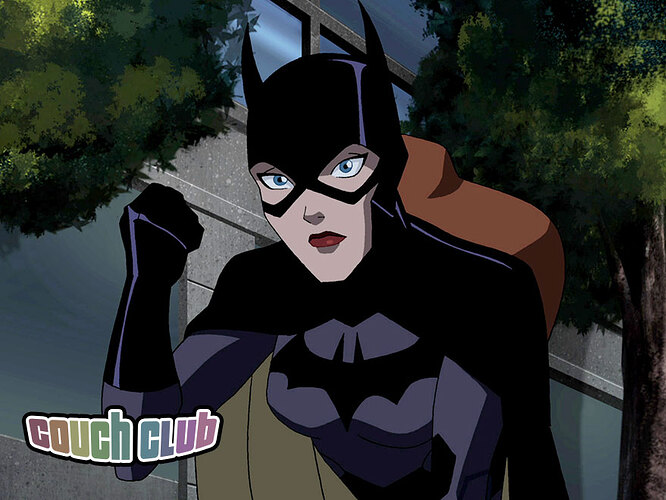 We’re now nine episodes into Young Justice: Phantoms on HBO Max, and the latest season of the critically acclaimed animated series has been firing on all cylinders, putting all of our favorite heroes in heart-wrenching situations. One of the great things about Young Justice is the way it makes us look at the heroes of the DC Universe in new ways, which isn’t easy to do with characters that have been around for decades. For example, episode 7 of Phantoms, “The Lady, or the Tigress?,” gave us new origins for both Oracle and Orphan, and it was emotionally intense.

Every time Young Justice has transitioned into a new season there has been a time skip. In season one, we briefly saw Barbara Gordon as one of Dick Grayson’s classmates. Season two picks up five years later, and Babs is fighting alongside the heroes as Batgirl. Season three takes place two years later, with Barbara paralyzed and assisting the team as Oracle. I never questioned this development, since Barbara’s injury has been a part of her story for decades.

After all, it was a given that the Joker had cost Babs the use of her legs, just like it was a given that Krypton had exploded and Bruce Wayne’s parents never made it home from the movie theater, right? I never stopped to question that perhaps this version of Barbara Gordon was injured another way. This made the moment even more powerful for me, because I wasn’t expecting it. But I suppose that’s the nature of tragedy, it always takes us by surprise.

To read more about Young Justice and Oracle’s development, head over to DC Comics!

Have you been watching Young Justice? Let us know your thoughts in the comments below! 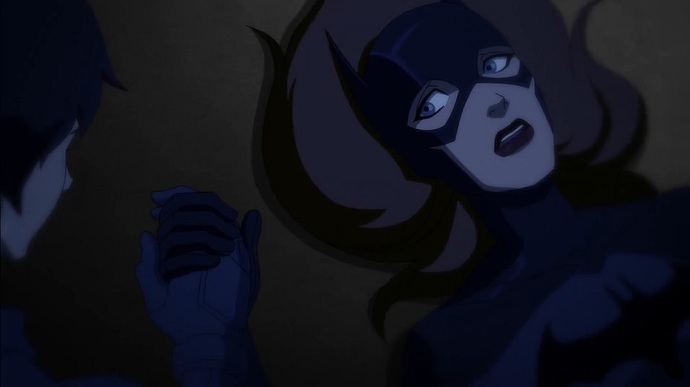 Just watched this the other night. Such a bittersweet yet wonderful moment.

BG being totally selfless in every way.

Wonderful write up here by DCUI scribe Joshua Lapin-Bertone about the episode and BG as a DC character.

SPOILER ALERT: This article contains spoilers for the Young Justice: Phantoms episode “The Lady, or the Tigress?”

Huh, interesting. I like the idea of tying Cassandra’s journey to the Batgirl mantle more directly with Barbara (assuming that happens in the show; I’m not up to date on it).

That said, I do think that the story of a person rising from collateral type damage can also be a powerful story. This doesn’t make me like The Killing Joke, but a lot of Barbara’s story afterwards resonates with me.

But wasn’t that Fridging? It was to affect Bruce.

People’s lives can be ruined, even when they aren’t the focus of a violent person’s goal. The impact that can have on a person could be huge, and I don’t think the inspiration of seeing a hero struggle with, persevere through, and ultimately overcome a similar experience should be undervalued or dismissed. Perhaps I read too much into the discussion on the change for YJ, but that was the flavor I got, thus my post. I don’t have an issue with YJ Oracle’s story, and I think it could be an interesting addition to the Batgirls’ relationship.

As mentioned above, I don’t like the Killing Joke itself (or what I’ve read was supposedly said about Barbara to green light the shooting), but I do think some later stories exploring her journey have been very well done and are inspirational. I do agree that a conscious plan to have a character explore such trauma for that particular character’s journey is (sadly) different than what happened to Barbara.

I really like the Young Justice take on the Batfamily. No other animated show or movie has shown us Spoiler, Orphan, Red Robin and Cassandra or Stephanie as Batgirl. I would love to see an offshoot series showing more of these younger Gotham crime fighters.