You Are in Charge of the DCU!

If you were in James Finn’s shoes, what four movies do you kick off the new DCU with and who do you cast?

We already know Superman is the first movie as it should be. I hope they get an unknown for the role of Clark Kent/Superman. Someone that will stay with the character for a long time to come.

Second should be Batman. Again go with an unknown.

Third should be Wonder Woman. Same thing here as before, go with an unknown.

Fourth should be a Flash film. Ditto here as well.

The reason I say go with unknowns is because they will be easy to obtain for a long period financially, so more money can go towards getting these films right. Also, these characters should be bigger than any actor. I don’t want actor’s names overshadowing the character (see Black Adam.)

There also has to be some thread that follows through all the first four films. Whether it is a character or a story arc. And also don’t bring together the Justice League until at least Superman gets a sequel…

I’d release good movies that don’t have to relate to each other.

Almost the exact opposite of everything you said.

They already tried putting Clark in the first movie, and that did not go well despite having an actor people liked. Now doing it again with an actor that is disliked or merely being deemed okay or worse would be a disaster. Everybody already knows Clark’s storyline so there is actually no need to give him his own movie, and we already have a definitive one for him this will be negatively compared to.

We just had a big me movie. Either use Battinson or do not make it.

We just had a big Wonder Woman movie that was a hit and another people did not like. No matter the tone it will be negatively compared to at least one of them.

Flash movies are cursed for some reason.

If you need some big cinematic universe the only clear Justice Leaguers left are Green Lantern (Guy is the best fit to carry a movie), J’onn (who struggles to lead his own comic strip in spite of his status).

They have already stated that it will be an interconnected universe, so let’s just pretend

Then pretending means ignore that, and DC has not had a good film track record with doing what they say.

Exactly! I don’t know why it’s so hard to just make solo movies like this. 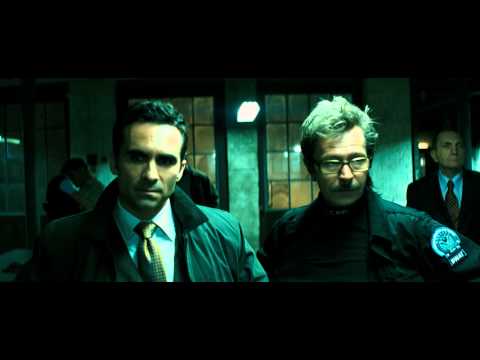 I honestly thought Man of Steel was gonna be a solo trilogy until they announced that Batman was gonna be in the sequel. Forcing films to interconnect takes away from the current film that you’re presenting in my opinion. You basically end up cheating your audience by trying to force a cinematic universe upon them. The same problem happens in comics when you’re obligated to read different titles to get a full story. It’s all a scam

Would love to see a Wesley Dodds Sandman film or tv show.

Cancel the DCU! Put out a call to all directors. ‘Who’s your favorite DC character? What if you got to do a film for X character? What would it be like?’ Basically, I’d do the studio equivalent of Black Label

I would make sure Superman wear red trunk and make a movie with Metallo or Brainiac as a main villain.

And I would make a Batgirl movie with Killer Moth as a main villain.

Finally I’d make a Wonder Woman movie with her fighting Cheetah with brown hair as a main villain.

Ahhh no real estate schemes lol. But no, anyone else BUT Lex. It is so f-ing long overdue!

So, no Priscilla Rich Cheetah?

She gets no love.

anyone else BUT Lex.

But Lex and Zod 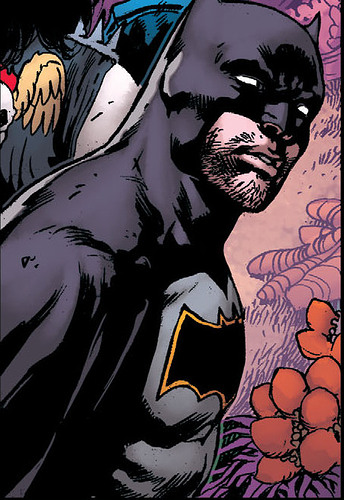 You know, some studio suits are frankly idiots that you wonder how these guys graduated - some of them from what are really considered to be good schools, particularly when you read horror stories like Kevin Smith’s tales from scripting Superman Lives, referencing Jon Peters fetish for giant spiders (which we know to be true since Peters just ending up using his giant spiders in Wild, Wild West.

But I don’t think anyone intentionally sets out ot make a bad movie. As far as not having to relate to themselves, it’s already clear from the DISCO’s suits mandates and from what Gunn and Safran have said so far is that we are getting a connected universe, by and large, not just in theater screens, but TV, animation, and even - according to them - video games.

Basically, I’d do the studio equivalent of Black Label

Black Label has ended up being BATMAN THIS, BATMAN THAT. Because that is what a number of the creators have wanted to do.

Allred wanted to do Superman and Russell wanted to work with Allred, that’s how Superman Space Age came together. Yes, an editor will occasionally suggest something (which is how Superman vs. Lobo came together - but it was also, frankly, based on frequent power level forum and social media comments).

Rarely will we get a creator wanting to do a rare character, like the Deaths of Victor Sage. And that was probably as much related to (a) the pull Lemire has with DC and the pull (b) and fondness (particularly do to this as bizarre as both the DCAU and Denny O’Neil has on DC comic readers and the LCS market.

International is how I’ll do it.

Eh, w/e. I’m just tired of films by committee which what this shared universe crap is

I’m not a big James Gunn fan but I do love how “comic book-y” he had the characters in Suicide Squad look. If I were going forward with DCUI, I would try to lean into a universe that looks more like that. Characters like Martian Manhunter and Red Tornado and such who look really “4 color”. Batman with a yellow oval on his chest and a blue cowl and grey tights. Obviously, red trunks on Supes and star spangled panties on Wondy. Make it all look super fun and have the tone be very dramatic but also optimistic.

I think people are ready for less grim and gritty in their superhero movies and would love to be transported to a universe that is fun filled with superheroes who aren’t afraid to smile.

It’s not necessarily what a shared universe is. But sadly, with a few exceptions, it is what movie making largely is. Marble is really a sausage factor, which is why they lost the first Antman director and first Multiverse of Madness director (and even Raimi no longer really has the pull to be as strange or obtuse as he might want to be).

It’s not that it’s a committee but that they have a particular thing they want to accomplish, which is making each movie be, essentially, an expensive commercial for the rest of the movies.

Warner Brothers, OTOH, has always been known for being a director’s studio and being comfortable with strong writers and letting them do their stuff. Which is how Nolan got away with doing three Batman movies that, when you sit down and think about it, really were not positive movies about who Bruce Wayne is, was or wanted to be, and certainly not movies that were written to have Batman be prominent or important to their scripts. And Singer (more so his writers, but he signed off on it and took co-story credit for it) got away with the problems in Returns.

It will be interesting to see how much Matt Reeves enjoys working with Gunn on Batpatinson II and if there is even a Batpatinson III that Matt works on. If someone like Patti can be sent packing, there’s little guarantee that Matt will do the sequel in the same way he did this year’s film (e.g. with little interference from the studio).

I see you have never watched Grandma got run over by a Reindeer. It is a very simple concept of trolling.

There have also been many cases of creators having other interests than making a movie like setup, arming with canon, disliking another creator, and just trying to fet it over with.