Personally, I would choose Green Lantern’s power ring because you could create anything you could imagine with willpower. I would also pick the ability to breathe underwater. It would be so peaceful and beautiful in the ocean.

Feel free to add your own DC related Would you Rather…

Flash’s speed. I’m always complaining there aren’t enough hours in a day, and I think I’m too lazy to have that much will power going all the time.

And space flight for sure! Breathing underwater sounds great until you run into one of these 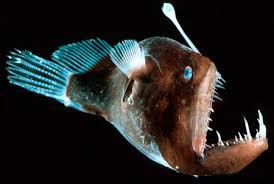 Would you rather possess Diana’s lasso or Batman’s utility belt?

Diana’s lasso because it’s magic and a lie detector.

At first I was thing of picking the Lantern Ring but space would get boring alone. I’d pick Flash’s speed and see how long it takes to read every DC comic created.

Would you rather be a kryptonian or a newgod

New god for sure, they’re powers are untapped in some character’s.

Would you rather have a pint with constantine or some chocos with J’onn?

Would you rather have a pint with constantine or some chocos with J’onn?

Pint with Constantine. That’d be an opportunity to hear some truly crazy stories.

Who would you rather be roommates with? Joker or Mad Hatter?

Would you rather try to commit a crime in Gotham or Metropolis?

I would choose the utility belt because you would have whatever you would need in any situation.

@bat4185113man probably my choice, too. And while using the lasso to find the truth would be tempting, I have a feeling in most cases ignorance is bliss…

Although I would not want to be with roommates with either, if I had to choose I would pick the Mad Hatter. The Joker is way to crazy. You would never know what he was going to do depending on his mood. The Mad Hatter is crazy too, but he is a little more predictable.

Would you rather spend a day with Batman or with Superman?

I would spend a day with Batman because 1. it would be fun to scale to rooftops and use the utility belt 2. you would solve crimes by using detective skills and 3. Batman is my favorite hero.

Batman is my favorite, too, but I would rather spend a day with Superman. His villains are a lot less scary and Batman is too judging.

For the others: Power ring. I think I’d be able to use that well straight out of the box, whereas with the speed powers it could take a lot of practice not to get people killed (anybody see The Boys?)

I would rather be able to go through space. I could always learn to scuba dive if I really wanted.

I’ll go with the utility belt if it’s coming pre-loaded. I think I would overuse the lasso, and the truth can be overrated.

I would rather eat the chocos. Hanging out with J’onn is less likely to get me killed. And he’d have good stories, too.

I would much rather live with the Mad Hatter. He’s more likely to mind control me into robbing a bank, but the Joker at some point is guaranteed to kill me. Or take my face or something fun like that.

I would rather commit a crime in Metropolis since there would be less broken bones. Then, again, I would probably have a better chance of getting away with it in Gotham, depending on what the crime was.

Neither is all that useful but the ocean is cold

Space is much, MUCH colder.

Mad Hatter is usually less homicidal, especially if you play along with his Alice in Wonderland obsession.

Yeah but imagine having to continue that act EVERY SINGLE DAY. It’s liable to drive any person insane!

Or take my face or something fun like that.

Would you rather be blind but have super speed, or be deaf but have the ability to create earthquakes with a whisper?

That first one is tough… Flash’s speed.

For the second one, I have no reason at all to want to visit space so I’m going with under-water breathing.

(“Everyone says flight!”
“So they can fly away from this conversation?”
“No because heroes fly!”)

If you can fly into deep space, you’d probably be able to fly down to the depths of the ocean as well

Would you rather be blind but have super speed, or be deaf but have the ability to create earthquakes with a whisper?

Seems like you’d run into a lot of things if you were blind. And do you get to talk normally or does every whisper create an earthquake?

Would you rather be Batman or Green Arrow?

Red Hood and Deadshot. They’re both good enough at what they do that I’d assume I wouldnt be hit by accident so long as I took cover.

Would you rather spend a night babysitting Damian or working a night shift at Arkham?

@CynicalPink Spend a night babysitting Damian; although you would probably end up with a headache. I believe Damian has a good heart underneath his ‘hard to let people in’ exterior. Also, the comics show his growth as a character over time.

I would rather be within fifty feet of a fight between Red Hood and Deadshot. Superman and Doomsday would destroy a lot more than a mile and it would be harder to stay out of the way.