Would a Season 2 of Green Lantern Need to be More Mature?

I’d like to rekindle the conversation of GLTAS’s (hypothetical) season 2 with a question. If Green Lantern DID return as a DC Universe original, would you like to see it take a more mature approach the way Young Justice did? We’ve seen what Young Justice looks like without children’s network censorship. Frankly, I think leaning toward PG-13 worked to the show’s benefit.

But that begs the question, should Green Lantern do the same? Without Cartoon Network to limit GL’s content, the possibilities are endless. But let’s not forget, this started as a children’s show. Would it not be jarring to suddenly witness Atrocitus ripping somebody’s arm off in a season 2? How far should DCU push things? Hard to say.

So should the show stick to its established tone and remain a child friendly cartoon? Or would you like to see them take the gloves off and add more violence, blood, and darker content? Is there anything you’d like to see in the series that you know Cartoon Network would NEVER allow? 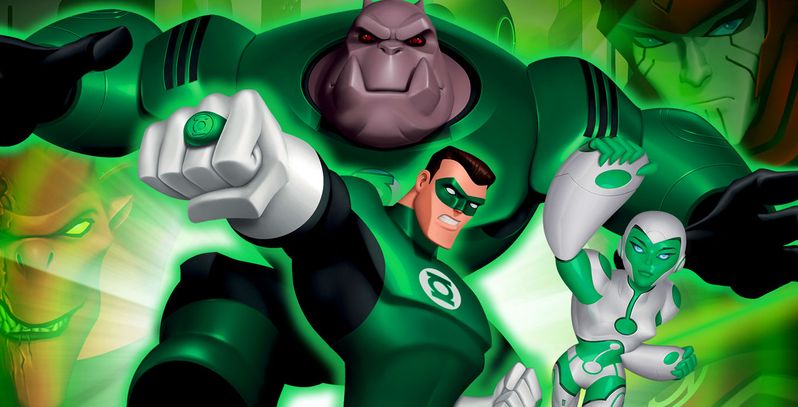 They could lean a little edgier, but I don’t think it would need to go as far as Young Justice did. I know she heals, but seeing Halo get impaled so many times was–unpleasant. Samurai Jack Season 5 made it work, but it never lost its sense of humor and goofiness. Some of the most fondly remembered cartoons of, at least, my youth, such as Gargoyles, BatmanTAS, are remembered for what they managed to accomplish by remaining within the boundaries of “kids TV”. Serious themes and subtext without showing a lot of blood, and that takes smart writing, not necessarily “mature” writing.

Give it a BTAS edginess and leave it at that.

I think it’s perfect the way it is.

I think it was mature for what it was. A small bit wouldn’t hurt but nothing crazy.

The GL Corps is probably one of the most recognizable hero group that is “good guys” vs “bad guys” and it’s really clear in who’s who.

I’d say keep the tone of the original. It worked very well.

Also the under 13 market is a good market to go after. “Hook them into DC at a young age and there is a greater probability that you create a long term fan base from that age group. As well as making a show that an older audience can also relate to.

I think season 1 was perfect. Certainly making a PG-13 rated season might help to develop comic book stories into episodes.

Great question, @RedLanternMatt! I know we all loved and miss Green Lantern: The Animated Series so it’s fun to revisit the topic.

Along the lines of what @DeSade-acolyte mentioned, I don’t think that the story requires a more mature approach. I’m looking at it on a scale from where it is to the new Deathstroke: Dragons and Knights show (high end of maturity). Deathstroke as a character merits graphic themes and violence, whereas the Green Lanterns and their adventures here do not. It’s difficult to even imagine what that might look like because the format and tone have been so consistently PG. Perhaps a live action adaptation, similar to Titans, could take on heavier topics, such as Blackest Night. 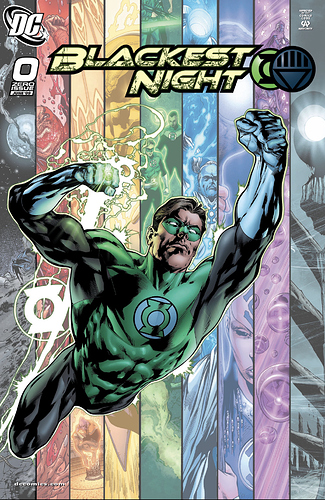 I think it was able to deal with some more mature/darker storylines like Young Justice did before it came on DCU. I think it could go that little bit more that YJ did for season 3 but don’t think it needs to to tell a compelling story. I definitely don’t think it should go Harley Quinn level, it wouldn’t fit with the first season.

I don’t see why. I thought that it was fine the way it was.

No. Keep the same tone. It was fun.

I don’t think so, they did pretty good with the death of the anti monitor They could be dark if the moment called for it

A show doesn’t need to be “Mature” to be good. Some people don’t want to hear a lot of swearing (Harley Quinn), or need to see a lot of blood and gore. Take the first three Ben 10 series for example, they’re not just for little kids. Tweens and Teens love them. Same with the Superman: TAS and the whole DCAU. What matters are good storylines, which the third season of YJ doesn’t have!

I really liked this show and It would be AWESOME to have a second season, but it’s most likely not gonna happen anytime soon. I will never lose hope on a season 2.

Nobody should give up hope

Jason Spisak has said he’d like the show to return. And we know Josh Keaton and Grey DeLisle-Griffin would return since they’ve reprised their roles as Hal and Aya in Justice League Action. And I’ve seen a LOT of fan demand on DCU for the show’s return. A second season is totally possible and I’m not about to give up hope any time soon

I not only I would love to see this show return but would not mind AT ALL if they went a more Young Justice route. This show was the start of my introduction to the Lantern Corps and just I was getting into it and thinking “I wonder if the comics are this good?” the show ended and DC was in the New 52 era and like destroyed each of the corps in their first major story arc from what I researched (yes, I do research on current continuity before I start new titles) and wasn’t interested.

Honestly I thought the original run was perfectly balanced the way it was. It was plenty dark and never shied away from heavier material.