I just read the following article about the potential if Nexstar purchases the CW that they may replace the original programming. This would mean the possible elimination of DC shows airing there. I really hope this isn’t true as this is just speculation at this point but I worry. 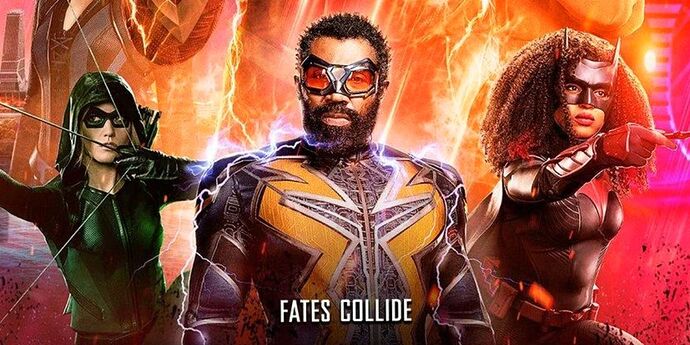 REPORT: The CW's Potential Sale May Kill Its Original Programming

A new report suggests The CW's potential sale by WarnerMedia and ViacomCBS could result in the network's original programming being scrapped.

Huh. Well this is definitely a change from the original reports. I’m still not gonna panic until/unless we get something definitively confirming that this would be happening, but it does give a lot more to think about. If this does end up happening, I could see this being the spur for Flash and Legends to end since they’re almost definitely closer to their series finales than to their premieres, but it’d be a different story for the other shows. That said, maybe it could mean that Batwoman, Stargirl, Superman & Lois and now Naomi could all move to HBO Max. These are still produced by WBTV like the other DC shows on Max, so maybe it could just be a matter of needing to find a new home for them. Of course I’m also not sure how much control the CW would have over them, and if they end up axing everything, then maybe it’d be out of WB’s hands. But I also can’t imagine the situation being that simple either. Whatever happens w/ this potential sale, it feels safe to say there are probably gonna be some big changes coming over the next few years

Do not worry over maybes. Live life and accept what you cannot control.

Also, it’s CBR. They have a habit of picking up small bits of information and making mountains out of molehills. They usually put “REPORT” on posts like this.

I guess it’s just a matter of wait and see.

the original report is from The Hollywood Reporter 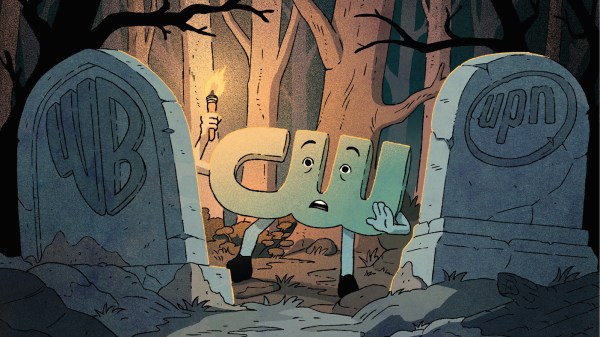 Will The CW Be a Streaming Wars Casualty?

If Nexstar seals a deal for a majority stake in the WarnerMedia and ViacomCBS broadcaster, insiders speculate the programming strategy may shift toward politics and reruns.

These shows have too much of a following and investment to simply go away. If anything they’ll land somewhere else like Pennyworth and Supergirl did.

I agree. I never go off of speculative reports until it is concrete, but it caught my eye. You’re right, I can’t control it, so continue enjoying my shows.

I know, my only issue is if it goes to another streaming service as I watch them now for free.

As I said, it is preliminary and speculative right now, so I am not too worried yet. I’ll still enjoy the shows as it is out of my control what happens. Interesting thought on Flash and Legends. I just hope it does not go off CW because I watch it for free there and would need to subscribe if they move

If the speculations are correct, I hope that means that the DC shows will just move over to HBO Max or Netflix. If that’s the case, then I’m a lot less concerned. If not…

Best case scenario: All shows relocate to HBO Max and continue or finish their series there.

Worst case scenario: All shows are cancelled at the time of the merger.

Whatever they do with the shows in the long run is out of our control. We may be able to run social media campaigns and petition them, but we can’t make the final decision.

Honestly, this is the big thing. I can watch all the CW shows for free right now. Assuming all the shows can continue, depending on what happens next, it will suck to have them behind a paywall. I hope WB understands this.

I don’t have cable so I can’t just watch then when they air on tv. The CW app is the only way I watch these shows, it is really nice that it is a free app.

Now that I think of it is very reasonable they try to make it the app subscription based. Most stations have them for free (with ads of course) online but only for around 6 weeks.

I’ll be honest I dont even know what Nexstar is. (I might look it up). But I dont want the shows to move even though I have bought Supergirl and Superman & Lois on Vudu. Normally i purchase during the season and then get to watch without commercials for most of the episodes.

I think the next month will give us some clues on what is going on. The CW should soon be announcing renewals and cancellations for next season.

Looking at the most recent ratings…it seems like not only are the shows on borrowed time, but it’s a mystery how they’re still around. And Naomi’s initial ratings were not good. I will be pleasantly surprised if they survive, but I assume the ones primarily subsidized by Netflix will be gone soon, while they’ll be game for saving Superman/Lois & Stargirl on HBO Max. I tend to doubt they would carry the entire quartet of Titans, Doom Patrol, Superman/Lois & Stargirl on HBO Max - maybe only three of the four have more than a season to look forward to. But remember - only a decade ago, the thought of even two live-action DC shows on the air at once seemed unlikely. I don’t think there’s a good argument for the current number of DC shows

HBO Max is already home to Titans, Doom Patrol, Stargirl, Peacemaker and Pennyworth. I could see them absorbing the Arrowverse into HBO Max quite easily if it came to that. The production teams are in place, the shows have a built in audience that would support them and they could take the shows in different directions. They could create a true TV universe with a variety of shows enjoying shorter seasons if they wanted.

Whatever the end result is I doubt that a year from now we’re talking about no DC shows on network TV. There’s still too much support for at least one or two of them to survive beyond the current seasons and if I had to guess those two will be Superman & Lois & Naomi simply because they’re the newest and have the most left to tell.

If each of those were 8-10 episodes you could cut the amount of shows in half and still have a new episode of a DC show on HBO Max every week for an entire year. Very doable. That’s a schedule that would keep DC fans satisfied all year, would drive subscriptions to HBO Max, would give DC something major to promote each month and would be awesome.

It looks like we are all assuming Batwoman is gone.

If the Flash ends after this season, it will because the movie division killed it. Superman and Lois, Stargirl, and Naomi would have a very good chance of going to HBO Max in 10-13 episode runs. Everything else is unlikely to continue without the CW. HBO Max wants its own list of DC shows. (Superman and Lois and Naomi were decided on with HBO input. Stargirl started out streaming, so like Titans and Doom patrol, the Max has a say.)