World of Wonder kicks off Spooktober with some Justice League Dark where we’ll be reading what Swamp Thing and the other members of JLD are getting up to. Join us in this spooky adventure.

to get a cool flair and join the club

Who would you dress up as for Halloween? 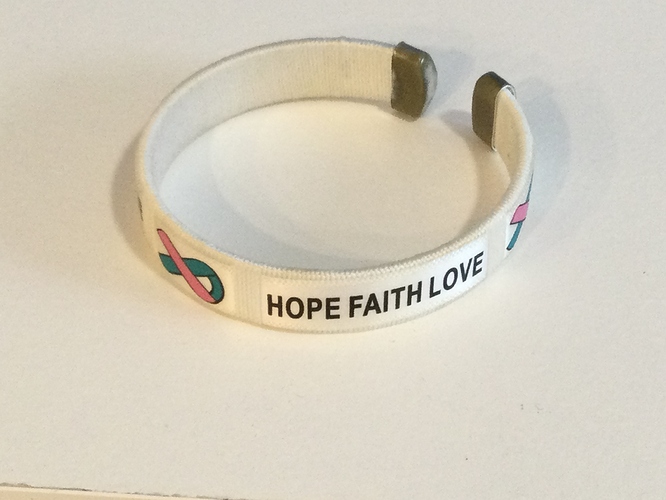 Nice bracelet! Is it yours?

Yep, what I wore everyday till I could get something more personal. Just saw your ribbon and had to echo the thought.

thing. Walks or runs in the woods. Leaves falling, chill air, the sound of wind and tumbling leaves

Thanks for sharing the bracelet. Gotta sport the ribbon for Breast Cancer Awareness Month.

Aww that run you described sounds pleasant as heck! Watching nature transition from one season to another is really beautiful.

And, we got Swamp Thing. It’s all coming together

Gotta have Swampy. No scary event is complete without him.

I had to go with Constantine, because I don’t quite have the legs to pull off WW or Zatanna, and the others seem too complicated to make. With Constantine I’d just need to find a good jacket in a thrift shop and dye my hair blonde.

Nonsense! Take it from the guy in JL: War

Constantine does have an easy outfit to put together compared to the rest. Kirk would be easy too though (human form)

Okay, not on the list but my idea for cosplay is George Reeves Clark Kent in black and white. Easy costume just need to pull off the makeup.

Ohhhh, that would be epic! So, you’re saying you’d even do the grayscale makeup on your skin? That’d be pretty bad@$$.

Speaking of, for a while my go to costume was the New 52 Action Comics Superman, since I already had the Superman shirt and blue jeans. All that’s missing is the cape, which I made out of some cheap red fabric and a string.

Yep, that’s how you get the whole look to black and white. Of course, I have zero idea how to do that, but it is doable

Also, before night night time, read JLD so excited to see where this is going, going to jump into the Annual tomorrow

World of Wonder and DC History Club have a super secret crossover going on. It was so secret, I didn’t even know it was happening. This month’s History Club is Muck and Magic: Swamp Thing and Constantine two characters featuring heavily in these two issues. But that’s not all, both stories dip deep into the history of Constantine, Swamp Thing and their shared tragedies. So, some spoiler action below.
First, what a lovely image of Diana that to me shows the influence Gal Gadot is having on DC artists. 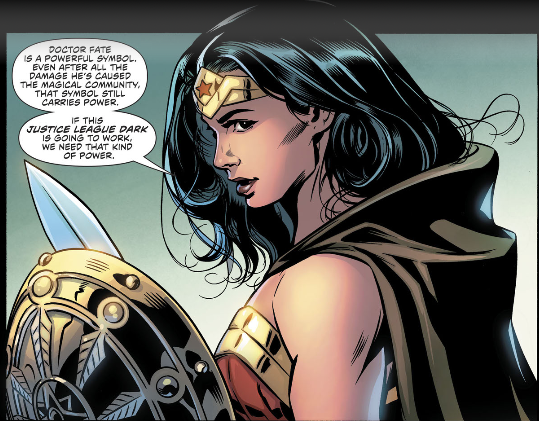 Then Zatanna and Constantine recount the death of Zatara. This is straight out of Swamp Thing (1985) #50. Constantine and Zatara had gathered some of Earth’s strongest magicians to add power to Swamp Thing as he lead the forces of Heaven against a force of evil from beyond hell. 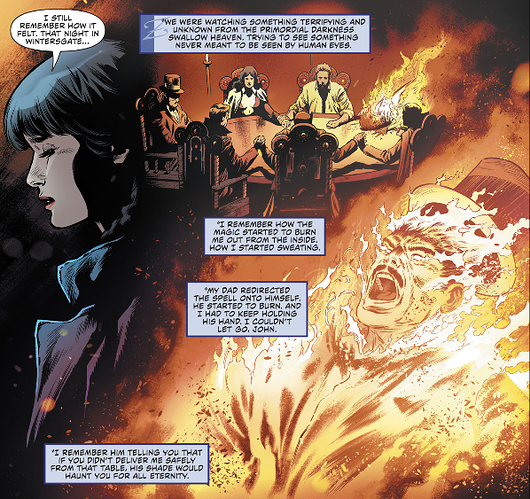 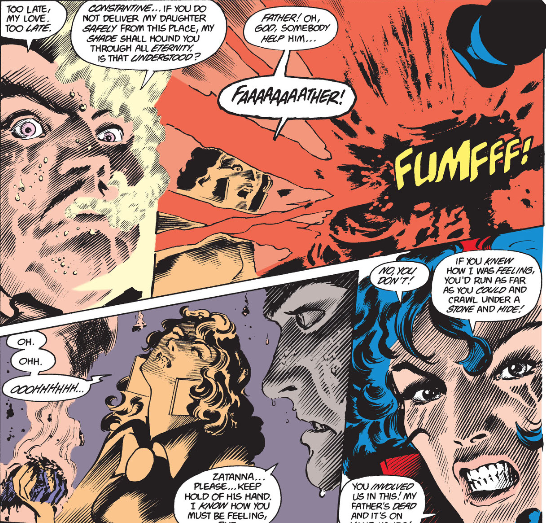 The annual is very much a Swamp Thing story straight out of Moore and his successors. Constantine pokes and prods Swamp Thing to fight evil, not always playing fair with the muck monster. 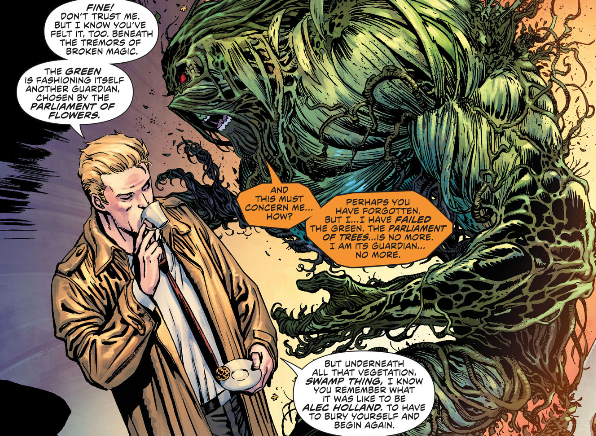 And for the big bad, we get the Floronic Man. Though he is most associated with Swamp Thing, he actually debuted in The Atom #1 as the “Plant Master.” Which, lets face it is a less than terrifying name.
To top it out, the story of the annual of loss, regret and horror is Swamp Thing perfectly done. 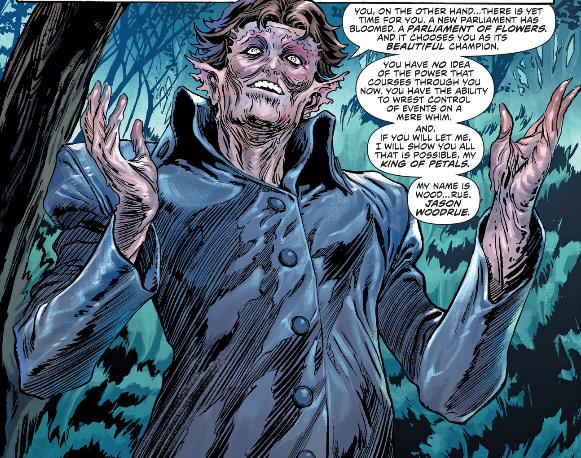 More Swampy, check us out.

To create a classic comic series you need the combination of a talented creative team with a unique take on the perfect character at the right time in history. In 1972, at the peak of 1970s horror comics Len Wein and Bernie Wrightson launched a character that is part hard traveling hero, part Dr. Frankenstein and part Frankenstein’s monster. Although only thirteen issues long, Wein and Wrightson’s Swamp Thing run created a…

He was definitely an interesting character, one that felt very similar to Alec Holland, and yet very different. I’m hoping that this isn’t the last we see of him.

Well, for one thing, the art is stellar on all fronts. Bill Williamham of Fables fame doing the Fate flashback was really cool. Daniel Sampere is an interesting artist because I first remember seeing his work in Gail Simone’s Batgirl run and finding him kind of bland and awkward, but his last few issues here are very crisp and great. I wonder how much of that is him growing as an artist, or if he has an inker that makes his art shine better. Finally, Guillem March on the Annual was stellar – I think he’s mostly pegged as a pin-up/cheesecake artist, and while he’s really good at that (as his runs on Gotham City Sirens and Catwoman shows), he’s REALLY good at horror as well.

Story wise, I was really struck by the aforementioned Dr. Fate origin story. I’m wondering if this was his origin from the Golden Age, considering just how messed up it was. I’m really surprised now that it took this long for writers to make Fate/Nabu into a pseudo-villain. Like, Nabu literally manipulated a child to kill his father, and then groomed him physically and mentally into being an emotionless cyborg for order. That’s the epitome of monstrous and cruel.

The talk between Zee and John was also really sad and heartbreaking, especially considering what they’ve been through in the previous book of JLD, seeing their past relationship seemingly crumble in the weight of this horrible secret is very tragic.

Finally, all the stuff with John and Swamp Thing was really well done.

To pick up on Dr Fate, I’m looking forward to Khalid taking the role on as Kent acts as a mentor. Maybe this time Nabu can be kept under control. Just read the first arc of Khalid’s book for the Characters of DC Club and Khalid is a very distant descendant of the Pharos so maybe that will help him.
And the art was first rate all around

And a loosely knotted tie. preferably on the thin side.