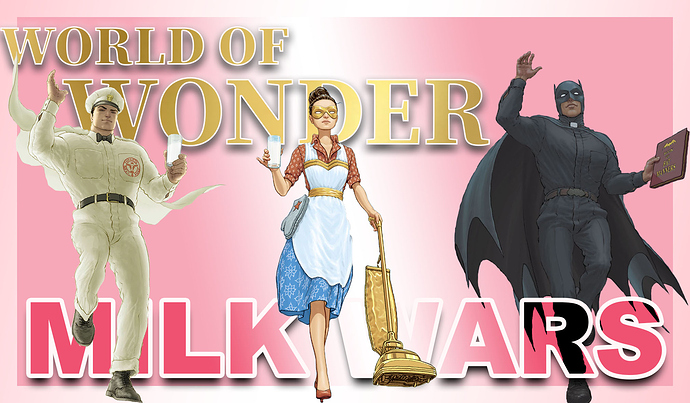 World of Wonder is diving into Milk Wars this week! We will be reading the first three issues of the event.

What’s your favorite type of milk?

I like strawberry milk, almond milk, and coconut milk 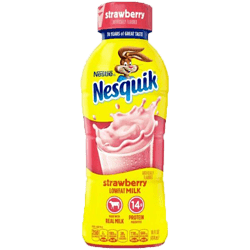 @nu52 taking us off the beaten path again! This looks like a wild Wonderful trip.

The concept is so fun. I like how this crossover starts with the Doom Patrol

Put the strawberry in some almond/coconut milk​

Yes! Also, fresh strawberries in almond milk with some cereal or oatmeal :chefskiss:

Recently I tried the Fairlife brand of milk, specifically their chocolate variety, and it was VERY good.

Looking forward to getting into this little crossover story.

I’ve read the one short run of Doom Patrol that introduced this team with Danny now an ambulance. I need to read more, it’s got it’s own funky vibe that’s very different and interesting from the main DCU. I very much enjoyed the JLA/DP intro book, it gives us a feel for the kind of universe and story we’re entering. This was also a fine, but too short JL run with Frost and company so it was nice to see them again. The art was fantastic and the dialogue a lot of fun.
This comics meta moment is one where you spend time checking out all the small references try figuring out where they fit into this universe 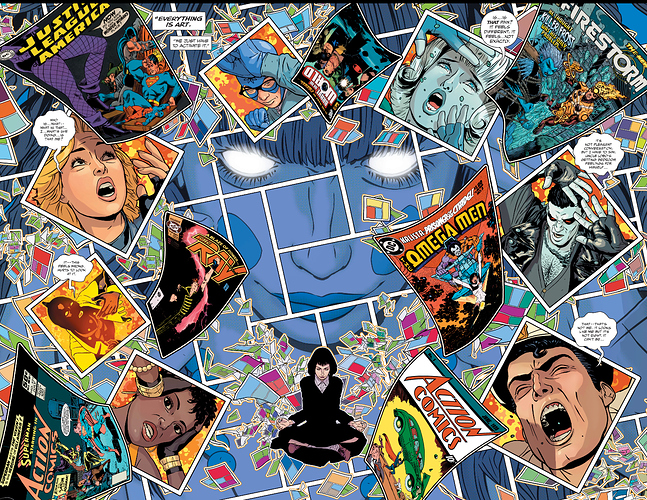 IMG_1265782×2048 798 KB
Now, not just because this is the World of Wonder, but the Wonder Woman/Shade the Changing Girl was my favorite of the individual titles. 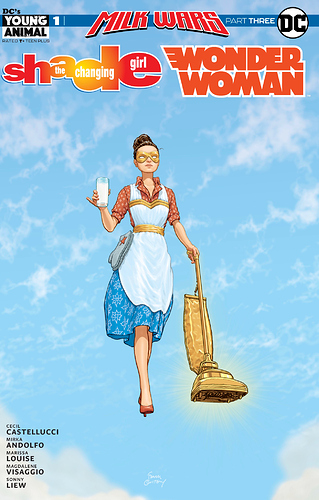 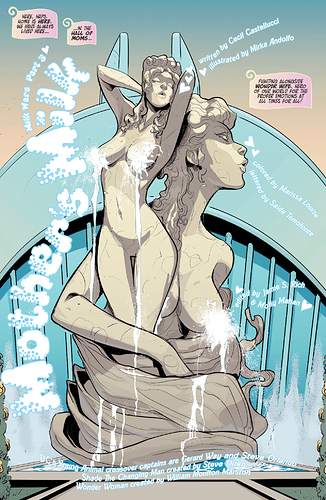 IMG_12671328×2031 2.38 MB
Wonder Woman’s true nature being Stepford Wived was also fun and creepy, and who doesn’t love a girl’s emotions split apart so they can all express themselves at the exact same time. We knew Diana would pull through, but what I found from this is an interest in reading Shade the Changing Girl (Shade the Changing Man never did it for me). 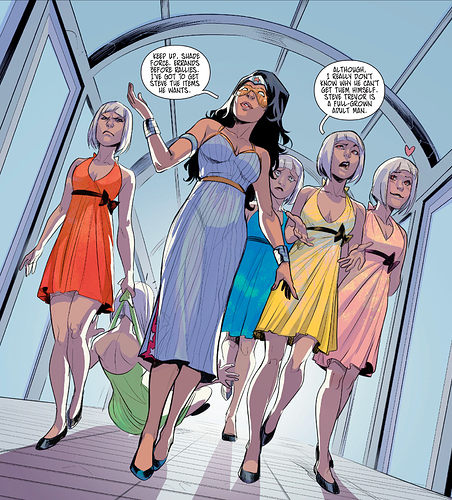 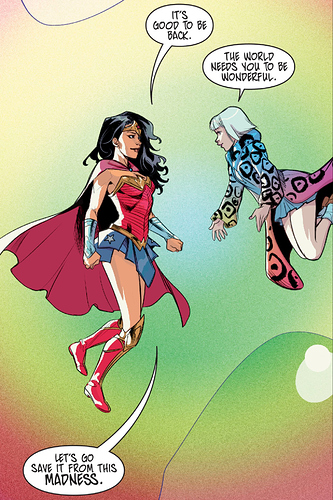 So, more Jane and Canary I could definitely do with.

Now, not just because this is the World of Wonder, but the Wonder Woman/Shade the Changing Girl was my favorite of the individual titles.

The Shade/WW issue was definitely the strangest and most like it would be an episode of the Doom Patrol TV show. I think it might be my favorite of the three as well. I don’t know anything about Shade the Changing Girl, which made seeing her powers pretty fun. Like you, I’m interested in reading her run too.

This was a great image. “The world needs you to be wonderful.”

Hadn’t thought of it, but definitely would work as a Doom Patrol episode, made we could get Shade in season 3

I think if DP and Titans ever did a crossover, they could take some fun inspirations from Milk Wars.

@msgtv Shade would be an interesting character for season 3 for sure. She would sort of fit in with Jane and Dorothy. I’m not sure if she’s able to split her feelings like that usually or if that was a side effect from the milk, but it gave me Jane/Dorothy vibes.

@Jay_Kay That’s actually something that could work. I don’t know that I’m clamoring for a Titans crossover, but this could definitely be a good way of opening that up (even though we’ve already seen a version of the DP on Titans).

Have you read Young Animal comics before this?

A bit – I read a couple issues of Doom Patrol as well as Mother Panic. When the DCU Book Club did Cave Carson Has a Cybernetic Eye I read the issues for that as well as the second arc. I’m also currently reading the Far Sector book as well.

Which character’s reimagining did you enjoy most out of Milkman Man, Father Bruce, and Wonder Wife?

All three were interesting twists on the characters. I liked the idea how technically Retconn was unable to actually change Superman because of his pure superhero DNA so they had to make a clone for Milkman Man. Father Bruce was an interesting twist on Batman’s devotion to his cause and his tendency to bring in people as part of it. And Wonder Wife was a crazy distortion of her ideals.

What did you think of the Eternity Girl back-up feature?

Eh…they were there, I guess? Maybe if they had more room to tell some stories it could be interesting, but it’s basically just using new characters to say something about certain eras of comics, which…honestly has been overdone since at least the early 00s.

am caught up, just slow to respond

Have you read Young Animal comics before this?
I have not.

Which character’s reimagining did you enjoy most out of Milkman Man, Father Bruce, and Wonder Wife?
I was enjoying the weirdness of it. I hope the new week completes this arc.

What did you think of the Eternity Girl back-up feature?
I presume I read it, but I don’t think it left an impression. Because I am drawing the proverbial blank.