Did you have a chance to watch Wonder Woman: Bloodlines?

There is also the Wonder Woman: Bloodlines Spoiler Thread where many members of the community are sounding off.

I’m SOOOO excited about Bloodlines! I think I may watch it this afternoon though because I’m not sure if I’m going to be off work in time to make the Watchalong. I’m gonna try to get there tonight though if I can!

I hope you can make it, but if not we’ll talk all about it over on the spoiler thread! I’m excited to hear what our club thinks about it

jumping ahead on the Perez run…

It’s technically the Greg Rucka run at this point

That would make sense. I just assumed the first creator gets the name. Kind of like the naming rights that go to the guy who discovers whatever new disease…

You say this is one of the most talked about Wonder Woman stories of all time? Well, I want to talk about it too. I’m in.

Oh, I see what you mean. I believe, in comics, people refer to ages more than creators. Like this is Post-Crisis instead of any one creative. People will say New 52 Wonder Woman or Rebirth Wonder Woman, not Azzarello or Rucka.

Woo woo! Glad to have you back. Have you read this story before?

Great selection, definitely fits for the Bloodlines movie and I think is definitely Rucka’s best work ever on Wonder Woman.

Yep was definitely reading Wonder Woman at that time. Don’t remember what happens but it will probably come to me as I start. Enjoying the Wonder!

@Jay_Kay I’m looking forward to being able to compare and contrast elements from this story and Bloodlines.

@msgtv It’s neat rereading things where you don’t remember it too clearly. I had a lot of fun doing that with the Darksied War. This is my first time reading this story, though I’ve heard of it for many years.

OK, so I missed again last week, BUT I’m here!

Eh, as far as I could see based on these six issues, she’s pretty much Lex Luthor, which I guess is fine.

See what I did there?

Uh, anyway, for most of it, I thought the story was solid but fairly unremarkable. It felt like the sort of thing I’d appreciate more if I’d been reading the whole run straight through. The ending was surprising, but I’d never even really heard of the moment and it clearly didn’t stick.

Basically, I enjoyed it but I’m not sure why it would be especially famous.

It honestly felt fairly in line with what I’ve seen elsewhere. There were characters and subplots I didn’t recognize, but nothing really did jump out as unique.

There were a lot of individual good moments. I liked the conversation with Doctor Psycho via the puppeteered people, the kids finding the petrified bird, the interactions between the various goddesses (clearly a very different take from Perez’s more classical-styled gods; interesting but I don’t have a strong preference for one approach or the other), and the final confrontation.

I think the part that particularly jumped out was the meeting with the President. Both positions seemed entirely (or at least mostly) reasonable given the two countries’ situations, and that both improved the tension and made it much more believable and human than drawing a clearer black-and-white line.

So overall, I really liked this. Some of my favorite series (in particular, I’m thinking of early Nightwing and Birds of Prey) have fairly standardized villain-of-the-week A-plots mixed with longer-running character drama and development, and this is a very well-executed example of that, but I feel like this kind of story is healthiest in the context of a longer run because the subplots are what give it its life.

Glad to have you back BatJamags! I didn’t expect someone to be done with the discussion questions already

You came back with a bang

Yeah, Cale is pretty Luthor-like. We were just talking about that on another thread. I suppose it’s why I’ve never really cared for that character.

but I am actually pretty surprised you’ve never heard of the moment before. I mean that moment and what happens with Diana and Maxwell Lord are the two big moments I knew about before I even got into comics. Everywhere I looked they were on some top 10 list

I feel like this kind of story is healthiest in the context of a longer run because the subplots are what give it its life.

And a sidenote: I really like the armor Diana wears to fight Medousa. I have my own pet redesigns of various DC characters’ outfits, and the one I came up with for Wonder Woman looks very similar to that (sans helmet).

Early days here with issues 205/206. For just catching the end of the Dr. Psycho story, that was a pretty good issue. Psycho is a complete creep. Gotta read some early Psycho to see what Marston did with him. I am intrigued with what Cale is up to. This looks a little suspicious. 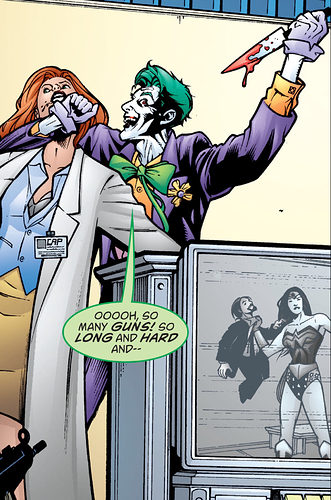 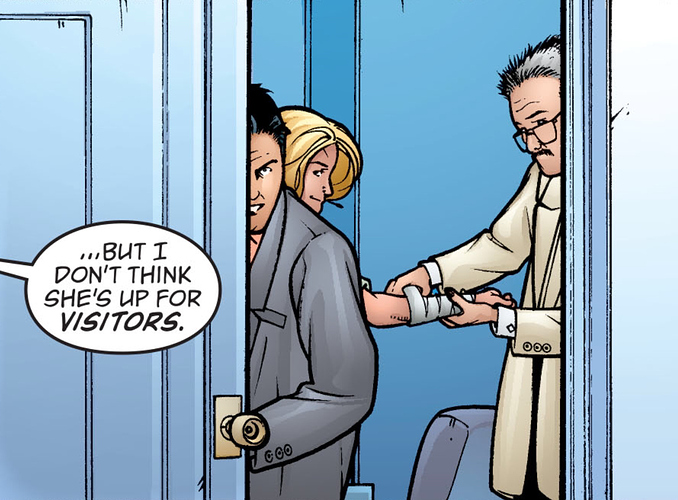 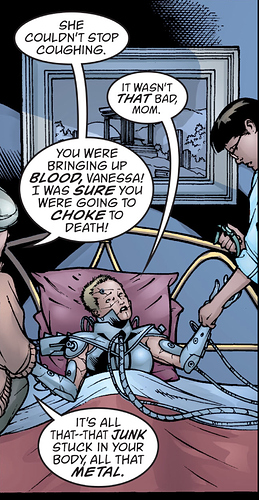 regarding Dr Psycho, I guess this is where they got the idea for a shorty Psycho for HQ:TAS

I haven’t read the issues yet, but I’m pretty sure that’s Vanessa, not Cassie. The Metal is referring to her Silver Swan armor.

regarding Dr Psycho, I guess this is where they got the idea for a shorty Psycho for HQ:TAS

I’m pretty sure he’s always been short, though this specific look sticks around up until the HQ series.

The only time I recall Psycho ever being tall was in Grant Morrison’s Wonder Woman Earth One series, where he’s depicted as a secret agent/pick-up artist.