This week we will be taking a break from the George Pérez Wonder Woman books. Instead we shall be diving into The Brave and the Bold: Batman and Wonder Woman six-issue miniseries written and illustrated by Liam Sharp. Diana and the World’s Greatest Detective will be teaming up to take on the world of Celtic gods. 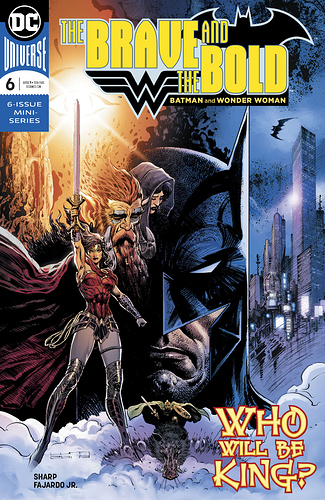 Neato Pete! I dug this series, looking forward to checking it out again.

@Vroom Looking forward to discussing this with you!

Awesome! I’ve been wanting to get into this one for a while, so thanks for the push.

@Jay_Kay LOL, I needed the push too! That’s why I picked it

Question: when did the Lasso of Truth come to be called the Golden Perfect?

FWIW: when i read it, i pronounce it like the verb.

That’s funny, I pronounce it like the adjective or the noun. I never thought about pronouncing it like the verb. Now I’m curious as to how it is actually said.

I don’t know who originated calling the lasso that, but I believe Greg Rucka calls it that in his Rebirth run. I don’t really like it

I remember it first being used in an arc of Joe Kelley’s JLA run, his first one after Mark Waid’s, if I remember right. The arc itself is called “Golden Perfect,” where an international incident involving an ancient underground society causes Diana’s lasso to be destroyed, and all concepts of truth slowly fade away with it. Really good stuff, if you’re interested, it’s issues #62-64. The trade I still have in storage also has #61, which is a good one-off that shows the character dynamics for all the characters, and #65, which is a great team-up between Batman and Plastic Man.

There was a lot of SUPER good stuff in just the single issue as far as lore goes!

When does the discussion start?

NU52, didn’t do the Monday weekly book club because I’ve already read Raven and I definitely wanted to read this so what better excuse. I’m in.

@Jay_Kay you and BatJamags always come through with the knowledge bombs

@hashtag-goodtobejo Hey! Thanks for joining us this week

Discussion started today. Feel free to drop by as you read. Spoilers are allowed as soon as the post goes up.

You’re right about all of the lore. It’s fun getting to explore something I don’t really know much about.

@msgtv Glad to have you this week!

This is definitely a title I have been eyeing for quite some time. I’m glad I’m going to get to discuss it all with everyone here this week

I particularly appreciated the part in issue 1 where Cernunios was explaining to Diana about has the pathways between world’s were breaking down as fewer and fewer people believe that they exist.

This really resonates because my spirituality is stronger based on my belief that it doesn’t matter if anyone else believes…what matters is that I believe and it’s my belief that makes it real for me.

I’m going to enjoy these books!

@hashtag-goodtobejo That’s a really beautiful way of describing your belief. I didn’t even think of it like that when I was reading the first issue. I’m going to be reading the rest of the story in a different light now.

Cracking into this last night, i found this being harder to read than some other books of similar genre, and I think it’s partly because I’m so unfamiliar with Irish folklore/mythology that its a little hard getting my head around who is who and what they want. All I know for sure is that there’s a character named King McCool and it makes me giggle every time I see it.

I had to re-read certain parts to make sure I really understood it. It’s very unfamiliar to me as well.
Now I’m going to keep thinking of McCool in a different light, Jay-Kay

Picture this, McCool is the cousin to McLovin. 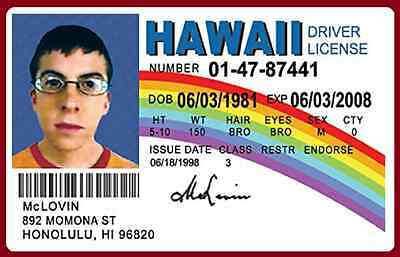 That’s exactly what I pictured after I read your comment!

thank you for the Perfect info.

In general, i liked the art in this run. Men’s faces, particularly Batman, were drawn with more lines to show a hardness, vs women’s faces being softer (Ethne and Diana in particular). There were a lot of body panels, such that the panel would feature the character from his/her head, almost to the thighs or knees. Batman’s cut abdomen is the center of the panel when featured. same with Elatha, once he finally escaped Tir Na Nog. Diana had a few, more so depicted in battle. And with her, there were more lines in her armor than where skin is exposed.