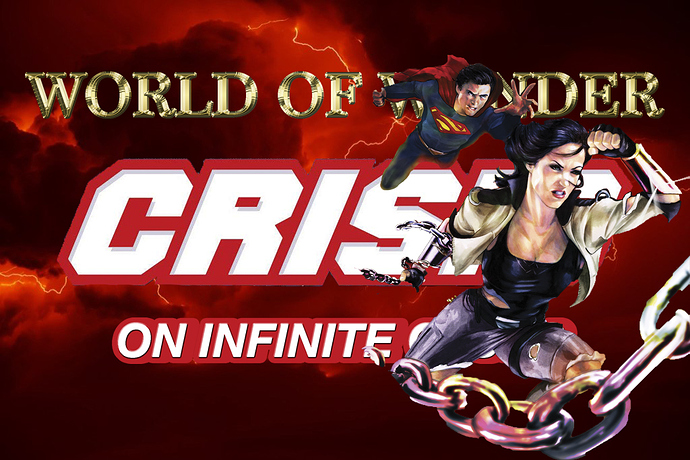 With the upcoming television event, characters from the TV show Smallville will be joining the Crisis. Let’s see what they’ve been up to since their show went off the air as we witness a wondrous team-up between Clark and Diana.

I really gotta finish Smallville… more of a personal note since it’s not really a problem just jumping right in. From what I remember of what i’ve watched thus far (upto Season 8, but just a few episodes in), i think i would prefer this Clark meeting Diana after he puts on the suit.

As I recall, the comic is all Clark as Superman.

And to answer the first question – I remember watching a decent chunk of it around the middle of its tenure. I think the last episode I watched of it was when they brought in the JSA. Though this choice made me decide to start going through the series on Hulu.

I liked the wonder woman '77 comic adaptation. i am expecting a similar ride with this. And Hulu is going to be getting some activity from me as well.

I never finished it either. I got to the first episode of season 9 while it was airing and for some reason just never went back. I guess maybe I fell behind. Back then there weren’t any streaming services, so if you missed episodes, you’d have to buy box sets that were expensive as all get out. I keep wanting to do a Hulu rewatch (I got Hulu last black Friday), but never get around to actually starting.

I remember the Legion showing up. I think I might have peaced out before the JSA showed up.

Yeah, to be honest, I think I wasn’t fully watching before that JSA episode either. My memory of that series was…slim, to be honest. I remember some sort of tease with Batman that turned out to not be Batman, a creepy character who knows everything played by Christopher Reeves, and I think Lex was possessed by General Zod, and Lana was possessed by…a witch?

Look, I’m gonna watch it all, but I’m sure there’s going to be whole seasons where I’m just MST3K’ing it. I mean, just a couple episodes in and I’m already making sex cult jokes whenever Chloe shows up.

whoosh That reference went right over my head, I had to resort to Google

I don’t want to rewatch with that cult stuff on my mind. That might be a huge factor as to why I have put it off. I also just don’t know about watching 10 full seasons.

I do remember all of this though. The caves too! There were so many cave scenes which were pseudo-Fortress scenes?

Yes! Though he does get into the Fortress at one point mid-way through. I remember that because on that episode was an extended preview for Batman Begins which I was dying to see.

Man, talking about this is making me feel old af.

On a different note, it’s cool seeing that Jorge Jimenez did art for this. Pretty interesting to see the start of an artist who right now is one of DC’s top headline artists doing books like Superman and Justice League.

On a different note, it’s cool seeing that Jorge Jimenez did art for this.

I know! I had no idea he had done this series. It was a nice little surprise when I was looking into this book.

There were so many cave scenes which were pseudo-Fortress scenes?

Probably. there was a cave that would teleport you to the Fortress.

If this is what i think it is, it has my favorite scene: Clark telling his parents that magic is real, they roll their eyes, and then he says, “and it can hurt me.” It was how quick they suddenly paid attention that sells it.

I think there is a new iteration of MST3K and might be some sort of streamable.

There is on Netflix, though they recently canceled it.

I’ll rephrase: there was a new iteration…

Man, talking about this is making me feel old af.

As an old, i try to embrace it, a sort of mix between “to look good is to feel good” and “always forward, never backward”.

How do you mean? They didn’t make any more TV episodes based on season 11. CW’s Crisis will be the first time these characters are back on TV since season 10.

I assumed the season 11 comics are supposed to be a continuation of the show. they did the same with Buffy the Vampire Slayer.

Yeah, the season 11 comics are the continuation. No actual episodes (live action or animated) were produced though.

I will say, as Steve Trevors go, this one wasn’t too bad. definitely very Smallville-ish. I liked that Steve and Diana met when they were young. the reunion was just as good. she sees the football she made, she tells him that he was her secret boy. then her primary reason coming to man’s world: to find her mother, who apparently stayed to raise Steve.

They never really explore Diana’s origin. Steve makes a comment about her abilities and she sort of waves it off, “they grew with time”. we still don’t know why Hippolyta (i’ll assume it’s -lyta unless otherwise directed) decided to stay. nor do we know what happens with Diana after the secret boy is no longer secret up to and including when she decides to leave Themyscira.

This DEO seems like any other shady covert ops organization. I am looking forward to discovering what happened to Bones. Which i will assume will be next week’s reading since this Olympus arc is twelve (12) parts.

Yes, I started watching the TV series this summer and finally finished all ten seasons a few weeks ago. I’ve been reading the series this week and hope to finish it before the CW Crisis starts next week. I’ve read 1-68 so far.

I adored the kid versions of them. I want a spin off of them running around as kids. 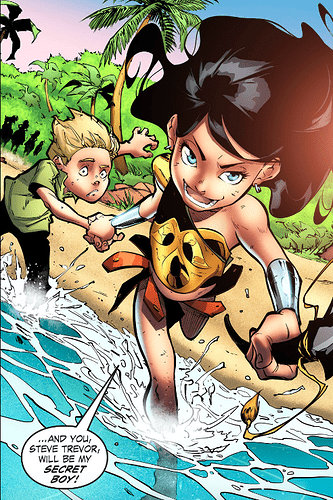 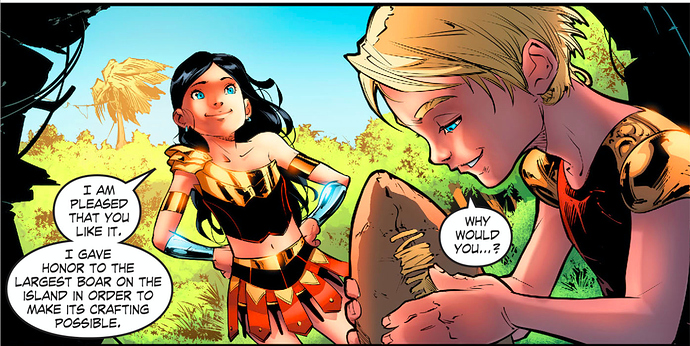 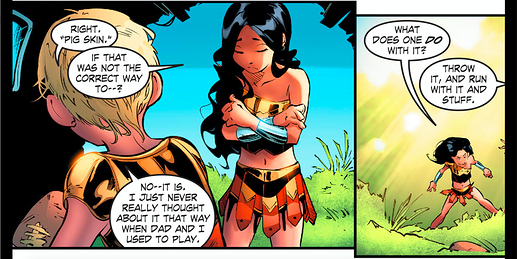 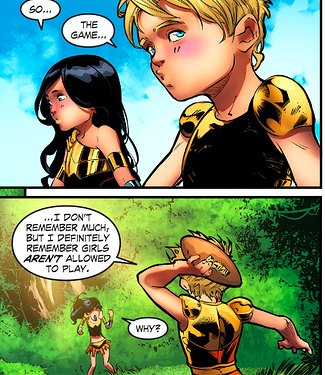 I like her traditional origins, but this kid Diana now has a special place in my heart.

In the comics I’ve read and the shows I’ve watched, government agencies for superheroes are usually corrupt, so I’m cynical and don’t trust it.