Holy Traumatic Childhood, Batman! It’s another Watch-Along for the World of Bats club! This week we’ll be going into the classic Batman: The Animated Series for the two-parter “Robin’s Reckoning!” 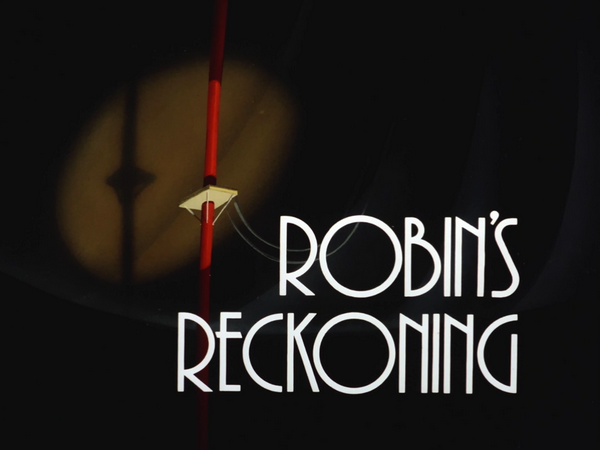 After learning the name of an extortion ringleader, Batman mysteriously refuses to let Robin continue the investigation with him.

Despite Batman’s orders not to, Robin pursues Tony Zucco, the criminal who was responsible for the death of Robin’s parents.

Who: You. Yes, you, right there, looking at the screen.

Where: Right here on the forums! In this thread! In the comments below! Maybe on your phone! Or Tablet or whatever! And Watching the movie, preferably on another screen!

Why: Because I made a promise on the grave of my…I mean, the community that geeks out together, stays together!

Looking forward to watching this with you guys.

Tom Wilson who played Biff in Back to the Future voice as Tony Zucco. Plus this was a two part episodes that got Batman an Emmy’s award win!

With that username, I have no doubt!

Is it just me or do the links not work?

How so? I got it to work on my end – I didn’t directly link to the episodes, just to the first season page. Can we even direct link like that?

Thought I try it on my tablet from the internet, let’s see if the links work.

Video only works when I use a DC Universe app, hope this help if anybody wants to watch.

So tonight is the night for Batman the animated series watch along. I’m looking forward to it!

That it is! Thanks for the bump.

Nice! Glad to have ya.

Let’s hope that Zucco goes down as easily as the Penguin did at Zellers.

I’ll have to watch the video later!

You’d think by the 32nd time in a row, those crooks would stop going to that rooftop.

It’s the most happenin’ place for desperate thugs. It’s the Tinder of Gotham City Rooftops.