Sorry for being a little late, but we got something special going. The World of Bats, along with several other clubs have been plotting and scheming for the past few months to bring out a big blow-out for Pride Month! So throughout the month of June, the World of Bats will be showing a spotlight on some of the great LGBT+ characters in the greater Gotham area.

And to kick things off, we’re going to go with Detective Comics #854-857, the first solo adventure of Kate Kane/Batwoman “Elegy,” written by Greg Rucka and drawn by J.H. Williams III! 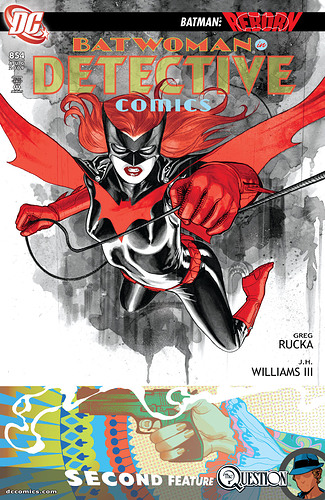 A new era begins as Batwoman is unleashed on Gotham City! Marked by the blood-red bat emblem, Kate Kane is a soldier fighting her own private war - one that began years ago and haunts her every waking moment. In this first tale, Batwoman battles a madwoman known only as Alice, inspired by Alice in Wonderland, who sees her life as a fairy tale and everyone around her as expendable extras! Batwoman must stop Alice from unleashing a toxic death cloud over all of Gotham City – but Alice has more up her sleeve than just poison, and Batwoman’s life will never ever be the same again.

Oh, and super-cool thing – as part of Pride Month, the first issue of this story is actually available FOR FREE for the month of June on DC Universe Infinite, as well as many more issues spotlighting the great LGBT+ characters in DC Comics!

DC thankfully has a handy-dandy link to all the issues of Rucka’s run on Detective comics, so you can find these four issues and more here: Batwoman: Elegy

And if after reading these issues you want more (I won’t blame you if you do!), the Birds of Prey Book Club is also focusing on Kate as well, including the next arc that’s after this one, “Go!” So check them out too!

Pride month, we’ve got a special batch of books for you to check out, featuring two esteemed and vigilant citizens of Gotham: Kate Kane & Renee Montoya! [image]

Looking forward to talking about this awesome comic with all of you!

If you’re looking for more Gotham related books to read and talk about, check these other great DC Clubs!

Harley’s Crew isn’t sleeping on Pride Month either, with a month-long deep dive of the history of Harley Quinn’s relationship with Poison Ivy, both subtext and literal text!

Pride month and it, of course, comes w/ highly scientific polls and research—let’s roll. We have TWO sections set up,

This section highlights our ladies as an out couple. They weren’t technically made for each other, but why does i…

Over at Renegade Robins, witness the Bat-Family fight the very gods themselves to bring back Damian Wayne in “Robin Rises!” And while their coverage of Jason Todd/Red Hood may be over (for now), there’s more to come with them… 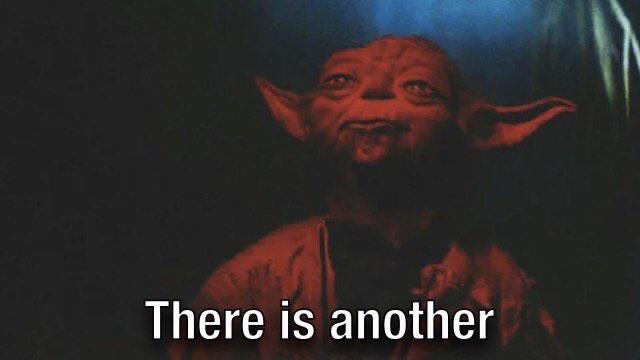 [photostudio_1621883900169] When we last left off Bruce has worked through his grief and accepted the death of his son but Ra’s, as ever, has other far more devious plans for both Damian and his mother, Talia. This last monthly session of the Robin Rises Event here @RenegadeRobinsClub will focus on how Batman and the rest of the family come together despite their differences to rescue one of their own. To join us at RENEGADE ROBINS please be sure to hit the link! What to Read *Robin Rises O…

What happened to poor Kate between 52 and this story? She lost absolutely all coloration in her skin!

Well, there was the one time she got gaslit by a vamp–wait, that was a little later. Nevermind.

So this takes place after the events of 52? I recall the crime bible and them going after Kate Kane’s heart from 52.

I quite enjoyed reading it, I think Rucka almost always does good work as a storyteller. The art is very eye-popping, too. The constant contrast between Kate and Alice has great visual appeal.

I love the artwork in ‘Batwoman: Elegy’ and the detail in the costume design for Alice’s first comic book appearance! So far this is my favorite outfit for her character.

So this takes place after the events of 52? I recall the crime bible and them going after Kate Kane’s heart from 52.

Yep! This takes place after the events of 52 as well as the mini-series Crime Bible: Five Lessons of Blood and I believe Final Crisis: Revelations.

And yeah, this is definitely Rucka and Williams at their best.

I love the artwork in ‘Batwoman: Elegy’ and the detail in the costume design for Alice’s first comic book appearance! So far this is my favorite outfit for her character.

I agree – is it practical? Hell no. But it is so distinctive, and I think actually makes Kate’s more realistic costume stand out all the more. It just overall makes an impression and I think is part of why she’s still around even today.

Thank you both for sharing your thoughts!

Thank you for your works and for sharing this with us. All good stuff.