While Pride never really ends, we’ll be concluding our Pride Month by taking a look at something a little different, by taking a look at the beloved alternate universe of DC Comics: Bombshells! We’ll be looking at the digital issues #1-12, written by Marguerite Bennett, with art by Marguerite Sauvage, Laura Braga, Stephen Mooney, Ted Naifeh, Garry Brown, Bilquis Evely, and Mirka Andolfo. 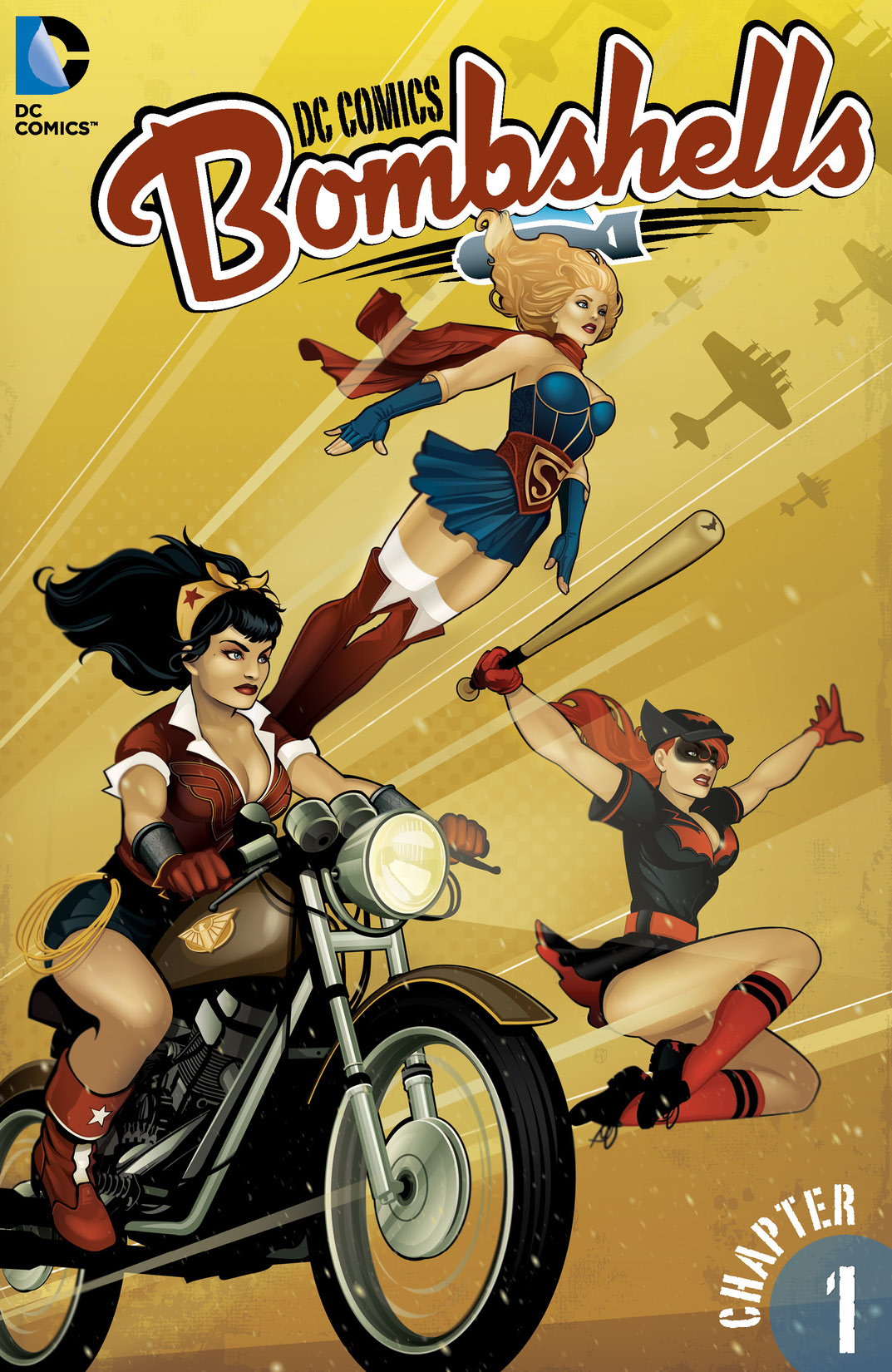 It’s 1940 and the world is at war. But in this alternate history of the DC Universe, it’s not Batman and Superman who are fighting for Uncle Sam–it’s the Bombshells!

From all over the world (and even beyond), female vigilantes and superheroines have joined Amanda Waller’s covert team to squash the Nazis and protect the home front wherever they can.

Looking forward to discussing these issues with you all.

I had a different sort of week, so I’m a little late getting my thoughts down. This feels a bit uneven to me. The aesthetic is wonderful and beautiful; it very much feels like they had the look first and then wrote some vignettes to go with it. I enjoyed this take on Wonder Woman and Batwoman. Batwoman as an Indiana Jones type adventurer in the 30’s is a fun idea. I’m not sure about the Supergirl/Stargirl story because it feels really similar to Red Son.

This feels a bit uneven to me. The aesthetic is wonderful and beautiful; it very much feels like they had the look first and then wrote some vignettes to go with it.

It started with some collectible statues and then subsequently became a digital-first comic book.

I can’t get into it, personally. I’ve tried reading it a few times, and it never manages to hold my interest for long. I admire the attempt to turn some merchandise into something more, at least.