Hello, Gothamites, and welcome to the World of Bats, the Batman Book Club!

There are Batman runs in the past that are renowned for their intricate, well place plots, or strong characterization, or snappy dialogue or beautiful art.

What we’ll be discussing this month? …Well, one out of three ain’t bad, right?

Seriously though, for the month of April and the start of April Fool’s Day, we’ll be reading Neil Adams’ infamous opus Batman: Odyssey! 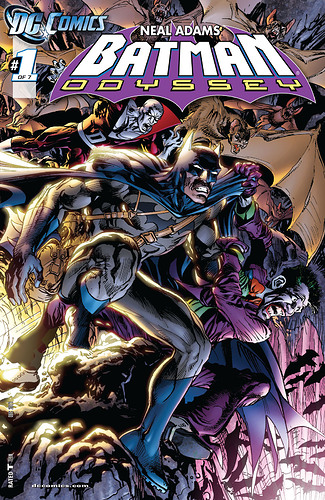 Neal Adams (GREEN LANTERN/GREEN ARROW), one of the most acclaimed Batman artists, has defined the Caped Crusader for decades and fans have long been clamoring to see him draw the Dark Knight once more. Now, from the legendary creator comes a Batman tale like you’ve never seen before! When a series of seemingly unconnected events brings Batman close to killing a man for the first time, Bruce Wayne must embark on a journey of self-discovery? which also reveals shocking secrets about Batman’s enemies and allies alike.

Here’s the link to the series: 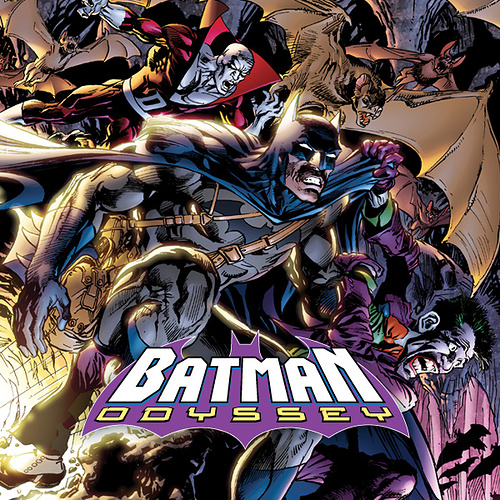 Writer-artist Neal Adams returns to the Dark Knight with a brand-new story that takes Batman on an unforgettable journey.

Looking forward to discussing this…strange, strange book with you all!

And before someone complains, I was this close to subjecting you all to Batman/Faze Clan, so really you should all be thanking me.

I know of Faze Clan, but that’s the extent of my familiarity with it/them. Is their Batman book bad in some way?

As for Odyssey, I liked it in that it was Neil Adams doing new Batman artwork.

The writing was over the top, but the art? It was worth the price of admission, I felt.

Isn’t this the one where Batman rides a dinosaur underground, a la Journey to the Center of the Earth? This should be fun

I know of Faze Clan, but that’s the extent of my familiarity with it/them. Is their Batman book bad in some way?

I haven’t read the book myself (I probably will soon, since it’s on DCUI), but I’ve seen some panels and…it’s kind of hilarious. 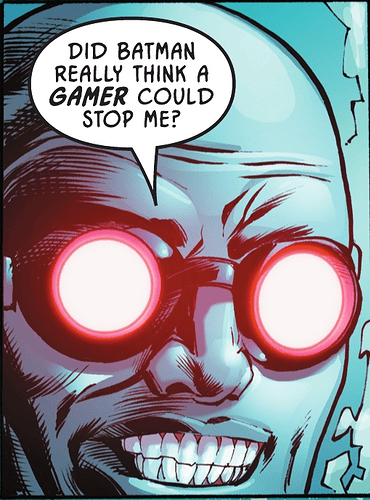 Right? Forget stuff like Owls and Cats, give us Batman blowing up Robin instead!

Isn’t this the one where Batman rides a dinosaur underground, a la Journey to the Center of the Earth? This should be fun

Definitely – I know I’ll be roasting the heck out of it, but you can’t deny the scale is fun to look at.

I’m through the first three issues and I’ve come to the opinion that writing probably isn’t Neal Adams’ strength. The dialog between Alfred and Batman in issue 3 stands out for me. His artwork is quite good; some of the scenes just explode off the page. I’m curious about what’s going to happen now that Talia has shown up.

Some other thoughts that popped up, by issue:
1: who’s Bruce talking to? Is he talking to the reader? Later: Oh, he’s talking to Robin, that makes sense

2: so he’s not talking to Robin? Why is Batman giving a monolog?

3: is Alfred mugging the camera? I remember when hydrogen fuel cells were going to power our cars

I’m through the first three issues and I’ve come to the opinion that writing probably isn’t Neal Adams’ strength.

I’ve heard it suggested that maybe Neil just draws what he wants to draw on any given page and then figures out the plot later, which…would make sense.

I will say that they do explain who Bruce is talking to eventually.

It’s good that he explains who Bruce is talking to; I honestly think that I would have been angry if it was a 4th wall break. Something like that just wouldn’t fit Batman at all.

I’m into about halfway through volume 2 and I think it’s safe to say that things have gotten a little off the rails. Bruce appears to be wearing a Green Lantern t-shirt, Alfred just let Dick go into the Underworld by himself, Deadman is tangible for reasons, and Dick almost got eaten by trolls.

Probably the thing that takes the cake, so far, is the jazz magicians fighting a tank.

Came across this article about Batman Odyssey and thought I’d share: The Bizarre Story Of Batman: Odyssey

Batman pretending to shoot and kill the sensei is almost enough to make me think Adams had a plan when writing this. That Batman had access to the technology had been shown early on when he was apparently riddled with bullets but was actually fine. However, the rest of the story feels so jumbled up and almost stream of consciousness that I don’t believe that there are much of a plan.

Adams’ artwork is great and he drew some really cool panels of Batman riding dinosaurs and giant bats. The story that goes with it is hard to follow and nonsensical. Somehow it’s both too wordy and lacking exposition. I think this could have been a fun story if it had been simplified a little; there are too many story threads with little to no payoff.

How weird is it that the last panel of Batman Odyssey is Superman looking very heroic?