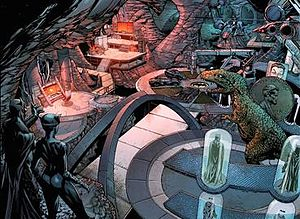 World of Bats Book Club is branching out and trying some new things this year. Along with our weekly book club installments (here’s a link to this weeks Book Club installment Batman Year One) we have just started shinning the Bat Signal on what we are calling CASEFILE’s where we take a crack at larger story to read and discuss, that would be too long to do within a single week. This month we are looking at Scott Snyder’s Zero Year CASEFILE 001. We are also going to be hosting Watch-a-Longs with our first one being Year One by Frank Miller at 7 p.m. PST tonight Year One WaL. 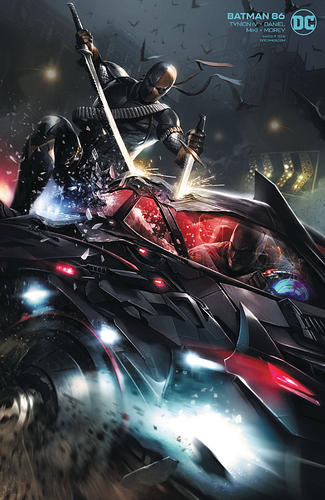 image1988×3056 1.16 MB
And also starting on this fantastic Friday is the Batchat. This is a place, a Bat Cave if you will, where we will talk all things Batman ex: new comics, movies, figures, and more. As a lot of you probably know Tom Kings run on Batman is now over and this Wednesday taking over on issue #86 is James Tynion IV with the first story being called “Their Dark Designs”. I would love to hear y’alls thoughts on it. Did you like it? Are you sad or glad that King is out? Was it a strong first issue for Tynion or was it lacking anything for a part one on his first issue in your opinion?

On the poll, while I’m happy to see a new story in the main books, technically his run isn’t OVER, because he still has that Batman/Catwoman maxi-series he’s working on with Clay Mann. Both sides are going to be happy with this arrangement – once that maxi actually comes out, at least.

Overall I really enjoyed that first issue. Daniel doesn’t quite capture that Batman '89 feel that Tynion talked about in the exerpts of his pitch he put on his e-mail newsletter; and some characters felt a little…off in some panels, specifically Selina. Outside of those little nags, I really liked what I saw.

The plot is interesting, especially considering that Selina apparently has some idea what’s going on – that’ll make for some fun drama – but the thing I really liked was the inventive gadgets. I especially enjoyed the holographic shadows following the assassins and especially that crazy Batplane. Everybody gangsta’ until they see the Batplane climbing up buildings!

) but as for the “Batman” title he is done. I have not checked out this e-mail newsletter though. I definitely didn’t get 89 vibes from this issue. I thought this issue was ok and am interested as to what this new plan for Gotham is and how Selina is connected in regards to it possibly being her old plan the villains are using. I did feel like there wasn’t much to it though. I would have liked a little more story idk. It was cool seeing Cheshire, I’ve liked her since teen titans and the whole Tartarus/Roy/Savage thing. My favorite parts from this issue were when Batman told Slade to shut the F up and fight him, the sequence of panels were Batman calls Lucius Fox Alfred.

and that page after he beats Slade! Batarang in the eye and Were those arrows from Merlin in his chest?! what happened there? I was not a fan of Kings Batman I tried, I did but it just wasn’t for me. I liked his Mister Miracle and just yesterday was rereading his issue from JL: The Darkseid Wars one shot with Green Lantern. His Batman to me felt more like it was just someone in the Cowl rather than Batman.

I have not checked out this e-mail newsletter though.

Right now you can read all of the ones released so far here, if you don’t want to subscribe. I’ll just post one selection that basically is him outlining his idea for the first arc of his run:

This is going to be the guiding principle for the story we’re telling, on every page of the book. This should feel like a scary book. The villains are Action Horror villains, and when Batman arrives on the page, he should feel scarier than all of them. I’m going to try and push every scene from a horror angle, and I hope you do the same. If any beat seems too ordinary, come at it from a scarier angle.

2. Gotham is under construction. It is becoming something new.

Gotham City is the Nightmare of New York City. I want to get back to that a bit. Part of how to do that, I think is with a bunch of cranes and half-built buildings jutting up into the sky… There’s a looming strangeness to all of that. Big spotlights. Big strange machinery looming, larger than life. Strange dusty fog in the air from 24/hour construction. Every time we see the city, we should see it under construction. Derelict buildings boarded up with signs saying that new developments are coming. But even the people should feel a bit under construction, to carry that forward thematically. They have broken arms, casts. Bandages. They wrap their faces to avoid the industrial smog. They have bruises and scars. Thematically, everyone is hurt, and healing, but the healing might make them different than they were before. With only one exception (the new Wayne Enterprises HQ), nothing is sleek and finished. Everything is in a transitional state, and we should FEEL that.

3. Bruce Wayne is pushing himself to his absolute limits.

Alfred was Bruce’s safety brakes. He made sure he ate. Slept. Socialized a little… Those brakes are now gone. Bruce is operating at 100MPH in every aspect of his life. Out of costume, we should see the deep shadows under his eyes. His intensity has dialed up by a factor of ten. He’s fighting angrier. Still deliberate and methodical, he’s not QUITE unhinged, but he’s fast approaching unhinged. There should be the sense both in costume and out of it that Bruce is pushing himself too far.

This is the culmination of the first three points, and something you’ll be seeing a lot over these issues. Batman’s costume hasn’t changed, but all of his tools have been redesigned and upgraded. These should be an extension of the action horror angle and Bruce pushing himself to his limits. Bruce’s mind is a frightening place right now and it is creating frightening things. Everything from a Batarang up to new Bat-Vehicles need to look nightmarish, and part of the action horror nightmare city that is Gotham in 2020.

I was expecting Tynion to lean more into the Architectural redesign of Gotham. He really emphasized it in interviews. Hope it gets more focus.

I’m sure we will see more as they get into the rebuilding of Gotham they are setting up.

Thanks for Posting this

I like the Action Horror Superhero take and the bit about gadget upgrades. I hate that Alfred’s dead. King was not originaly going to have him stay dead or that it was even Alfred (something along those lines if I remember right) but then DC was like oh on keep him dead that issue is selling like hot cakes.

I did enjoy King’s stuff and it always sad to see him go but Tynion is going to be great too. I especially enjoyed his Detective run so it seems great. Still haven’t read 86 yet but plan to eventually.

I hate that Alfred’s dead. King was not originaly going to have him stay dead or that it was even Alfred (something along those lines if I remember right) but then DC was like oh on keep him dead that issue is selling like hot cakes.

He will return soon enough. It’s not even the first time that they offed him, after all.

True. I didn’t realize how many times till @HubCityQuestion wrote about it in his article. For anyone who is interested here it is Ask…The Question: How Many Times Has Alfred Died?

I’ve been thinking for a long time about starting a book club for heavy readers. I’ve got a ton of crossovers, master reading orders etc. all written out in notebooks. I usually jump in & out of clubs b/c some of em include arcs I’d have to reread In a crossover or the like. I’ll try to stay involved for once, as much as possible. Sounds like a great idea to me.

Would love to have ya stop by when ever ya can bud. I know you do a LOT of reading and would be interested in seeing what you would pick. I submitted a request for an additional club last week. Gonna call it The Loose Canon book club TLC if it get the green light. Here’s a link to go about applying for your own club buddy If you click on me there’s no going back!

HaHa. I’ll think on it. Thanks for the help tho for real. I’m waiting to start a new job & all I do is read comics nonstop. I just got back to community recently b/c I was out of control. Every time I check out a club I’ve already read it. On top of that, u know I have insomnia so I’m up all day & night reading. I’m afraid I’d pick one & finish like a month ahead of time if I started one.

all good buddy. Easy on the comics now ya hear. Don’t ya go makin the site crash now.

I was one of the half that am sad for King’s departure. I really like how he played with Bruce’s emotions throughout and make some huge changes to Batman in general.

That being said I’m equally as happy for Tynion and Daniel 's run. 86 was a fun read that left me ready for the next. I really liked the Fleckeri venom scenes. I wasn’t “scared” but it was cool to see some horror injected into this issue.

I also really liked Bruce and Selina’s relationship that King made truly come to fruition but…if I remember from the end of 85, they never actually tied the knot and got it finalized. So what if Tynion just shatters that like the aftermath of the wedding

Food for thought, I could be wrong, but I hope it sticks. If not then we still got King’s maxi about them.

I was expecting Tynion to lean more into the Architectural redesign of Gotham. He really emphasized it in interviews. Hope it gets more focus.

I get the feeling that Daniel just wasn’t as interested in that part or wasn’t able to really sell it. I think Guillem March and Jorge Jimenez will be able to pull that off better.

if I remember from the end of 85, they never actually tied the knot and got it finalized.

I think the point King was making was that since they’re these weirdos who buck conventional wisdom by putting on spandex/leather and jump across the rooftops, they don’t necessarily HAVE to make it official in the eyes of the law. Their commitment to each other is enough. They want to say they’re married, who’s to stop them?

But of course it does mean that it would make it easier to break them up if some future writer wants to, and while Tynion is seemingly going to add some drama with Selina’s past having something to do with what’s going on in the present, I don’t think he’ll break them up.

But of course it does mean that it would make it easier to break them up if some future writer wants to, and while Tynion is seemingly going to add some drama with Selina’s past having something to do with what’s going on in the present, I don’t think he’ll break them up.

I like how you’re being fair with your devil’s advocate over here. I for one do hope their relationship is a permanent one