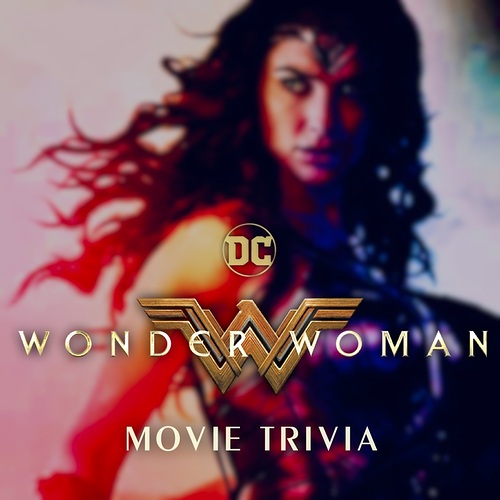 1. The movie is primarily set during which war?

2. True or False: In modern day, Diana works in the Department of Antiquities at the Louvre.

4. Two Amazons argue about whether young Diana should receive combat training. Who are they?

5. True or False: In the movie, Steve Trevor serves as a spy for the French government?

6. The Lasso of Truth, a lie-detector, is known by what other name?

7. What is the mad scientist Dr. Poison’s real name?

8. Which Greek deity does Diana aim to stop from causing war in Man’s World?

10. What are the names of “The Wonder Men”, Diana’s allies in the movie? (Check all that apply)

12. Etta Candy locates the town of Veld on a map. In what country is located?

13. Ares is discovered to be masquerading as which British nobleman?

14. At approximately what time did Steve’s watch stop?

15. Who is credited for originating the character Wonder Woman?

For those who have mastered their Amazonian training.

1. In what year and in what comic did Wonder Woman make her debut?

2. In what year did Gal Gadot make her original film debut as Wonder Woman?

3. In what year did the God of War and Dr. Poison both make their first DC comic appearance?

4. True or False: During the Golden Age, Ares originally went by the name of Mars.

5. What is Steve Trevor’s army serial number that the Lasso of Truth forces him to reveal?

should have remembered WW debuts in '41, but the second issue she’s in comes in '42 (I think)

Missed two not perfect, but I think Etta should count over the ice cream man as a Wonder Men.

I forgot what year BVS came out, but that’s probably because I’ve worked very hard to move on from that pain.

I forgive a lot because it brought me Diana, but I understand, Mothy.

Also, lol, you didn’t notice Milton. I am shocked—SHOCKED.

And you didn’t notice Milton.

The greatest DC Character ever.

All total, I missed 5. I chose Etta instead of the ice cream vendor, but got the other 4 right. I thought the Louvre was in France because she was working in England at the end of the first film if I recall correctly, so I missed that one too. I was never going to remember the time on the watch, I chose the wrong country for Veld, and I thought Mars was in the first issue, so I chose 1941 since it came out in November. Not too bad though, if I do say so myself…

Wow, congratulations, that definitely is an amazing Amazon score! (And welcome back to the Community!)

That’s an awesome score - better than I could’ve done.