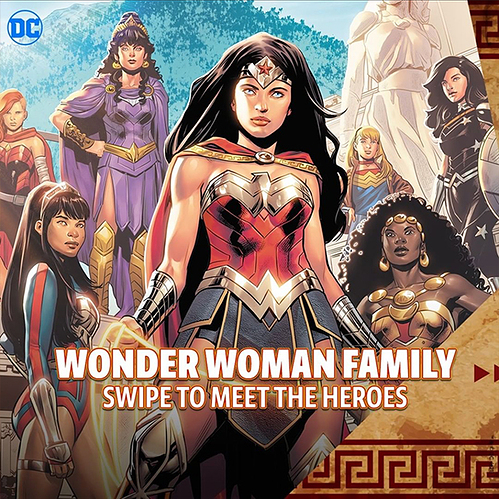 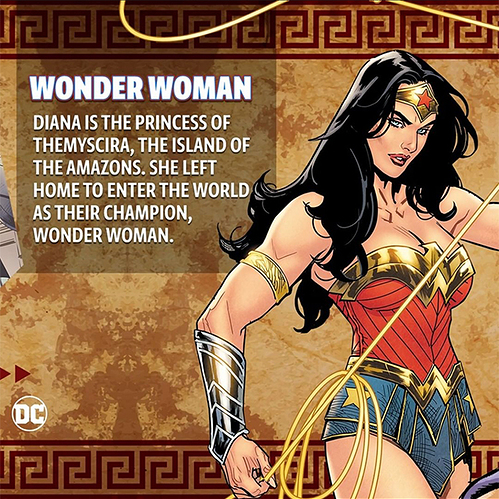 Diana: Diana is the Princess of Themyscira, the island of The Amazons. She left home to enter the world as their Champion, Wonder Woman. 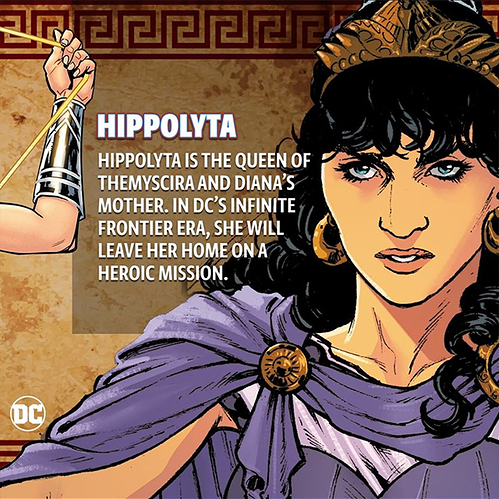 Hippolyta: Hippolyta is the Queen of Themyscira and Diana’s mother. In DC’s Infinite Frontier Era, she will leave her home on a heroic mission. 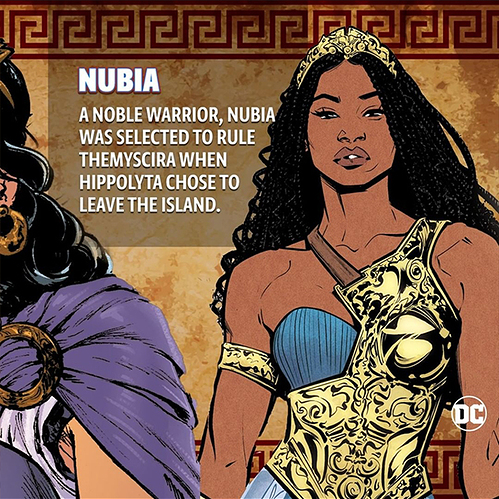 Nubia: A noble warrior, Nubia was selected to rule Themyscira when Hippolyta chose to leave the island. 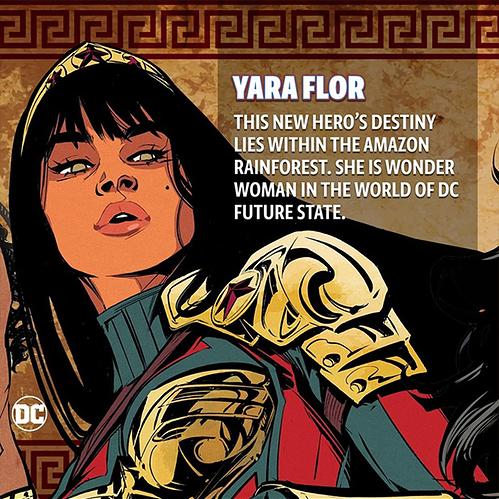 Yara Flor: This new hero’s destiny lies within the Amazon Rainforest. She is Wonder Woman in the World of DC Future State. 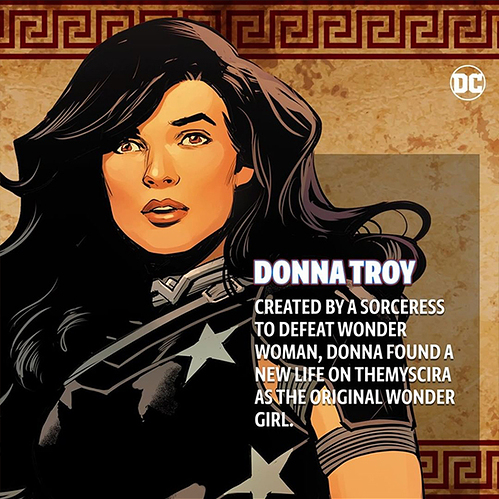 Donna Troy: Created by a sorceress to defeat Wonder Woman, Donna found a new life on Themyscira as the original Wonder Girl. 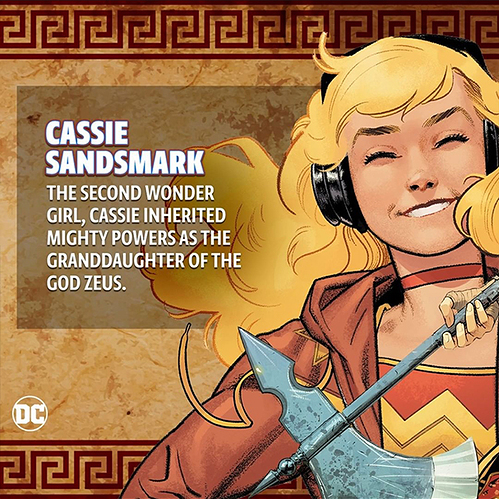 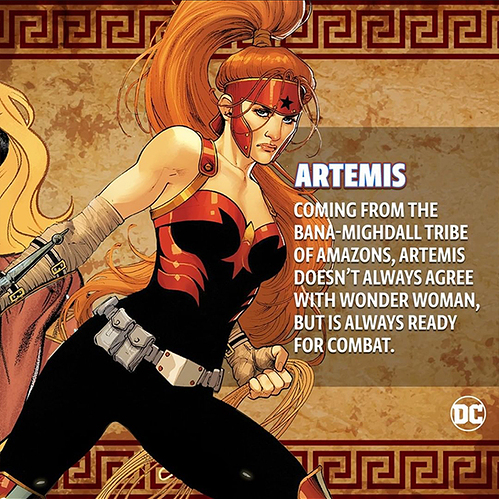 Artemis: Coming from the Bana-Mighdall Tribe of Amazons, Artemis doesn’t always agree with Wonder Woman, but is always ready for combat.

Join the World of Wonder club to sport a Wonder Woman themed flair around the community and celebrate Wonder Woman’s 80th Anniversary! 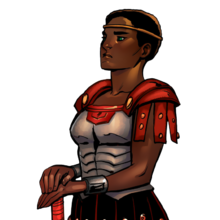 Those are pretty cool!

In Amazon times, it’s but a blip!

No she does not.

Embarrassed to say, I call myself a Wonder Woman fan and I didn’t know the backstories of the Wonder Girls.

wait…i thought she was the daughter of Zeus? eather way she is my favorite of the wonders as she is a short little thing that can throw buildings around. to many woman powerhouses are tall as heck from wonder woman to power girl.

this list is missing a very important kanga, JUMPA- who still needs to shows up in liveaction we have has ace, krypto, streaky, topo but no Jumpa

These descriptions are for their current continuity. Wonder Woman became the daughter of Zeus in the New 52, which led to Cassie’s origin getting retooled to being the granddaughter of Zeus. Cassie’s father, Lennox Sandsmark, is a recurring character in Brian Azzarello’s Wonder Woman run. This makes Cassie Diana’s niece.

This is a VERY simplified version of Donna’s backstory. She has many origins

We really do need Jumpa! Seeing the Amazons on horses is cool, but let us see the Kanga. 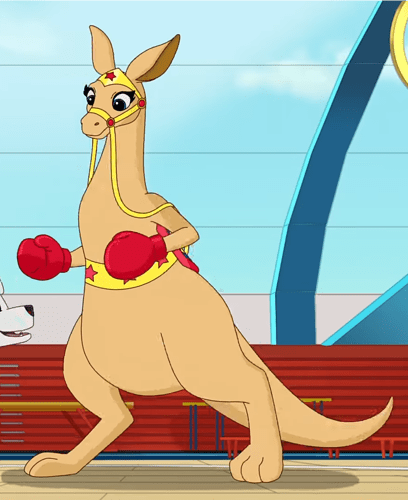 Who is the other niece?

Since we have a lot of passionate Wonder Woman fans here, I thought I’d drop in and share this recommended reading list we’re working on building. It’s built by DC fans and readers, so we’d love any suggestions you all have!

Sorry. I was misquoting season 1 of YJ when Artemis was introduced as Green Arrow’s niece (after Miss Martian’s debut).

Cool! Thank you for dropping that link. Definitely appreciate that reading list

Fascinating! This has me quite curious if DC is planning something with some of them.

Id love to see some clarification on Donnas origin. Between the teaser in the Endless Winter event, and the way both Titans and Orlandos runs have approached Donna Troy, it doesn’t seem like their following Meredith Finch’s take to the letter exactly.

A little curious to see which characters are included in this, seeing as only characters who have been Wonder Woman in one sense or another are mentioned. That said it makes me wonder if everyone shown here will be playing a part in stories this coming year.

She’s one of the playable characters for the board game Wonder Woman Challenge of the Amazons board game!