Posessing numerous psychic based abilities including the power to travel through time itself, Professor Andro would cause numerous disasters in Earths history. The sinking of Atlantis, the destruction of Pompei, the Chicago fire, the Johnstown flood. The after effects of these disasters forever changing humanities history.

Taking on a human form as he travels through history to avoid discovery, this alien of the distant future would use his knowledge of advanced sciences to create a facade of great alturistic education when in reality he was attempting to doom the world itself. 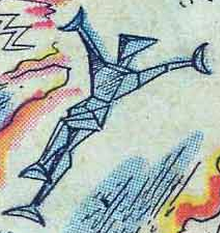 This was a good issue. I love how he always knew just where to stand and smirk. That’s a rare talent.

Backstory: Based out of Yorba Linda, California. William ‘Bill’ Baker was your run of the mill struggling actor trying to make his name in Hollywood. That big break would come when himself and several other hopefuls were contacted by ‘Meta Promotions’ a talent agency that specialized in metahuman publicity.

They were hired by White Magician to create some new metahuman talent and when William Baker proved himself in auditions, he would be granted magically imbued muscle, size, strength and invulnerability which he would be permanent.

Told that he was to play the part of ‘The Chauvinist’ a villainous hater of women who would attack Rec centers with an army of abusive husbands, he would be directed to ham it up for the hidden cameras and warned not to talk to the actress playing Wonder Woman out of character because she was ‘method’

Thus William Baker would go along with the villainy. Unaware that the victims were real, the attacks not faked, and that he was an unwitting villain. Able to finally make it big in Hollywood with his new look and dark rep, landing him a spot on Melrose Place and the lead role in ‘Dawn of the Dragon Killer’ 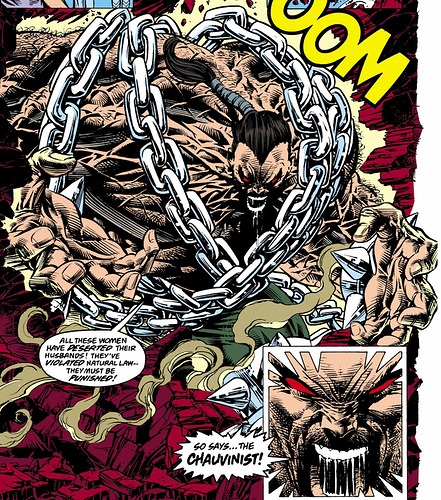 Welcome to the community @creekyknee88.34345! Thanks for stopping by and taking a look. If you need anything, please don’t hesitate to let the moderator team know!

Name: Muck the Unknowable
First Appearance: Wonder Woman #34 (2009)
Creators: Gail Simone and Aaron Lopresti
Abilities: Exists as a living humanoid muck. Able to reform his body to a limited degree. Capable of ignoring most forms of harm. Is unknowable.

Backstory: The history of the mysterious Muck is utterly unknowable. How he got his abilities. What led him to a life of villainy. Whether he is faking that southern drawl. Even the question of his species is up for debate.

What is known about Muck is that he is like a living muck. Blunt force damage dents his shape, but can instantly be reformed without harm. Blows destroying his head leave him utterly unphased and go right through him. Utterly invulnerable so long as his core remains undamaged.

Able to reform his limbs to suffocate and drown his victims, Muck freely kills for sport and pleasure. Acting like an utter creep as he does so. 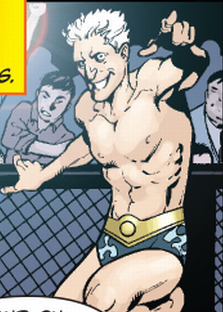