Wonder Woman '84 Not a Sequel

I’m sure most of you know that WW '84 is not going to be a sequel. Why this is I don’t know. I’m going to go out on a limb and guess that Patty Jenkins is trying to emulate the direction the old Lynda Carter show took when it went from a World War II timeline to modern timeline with no explanation.

Can anyone confirm this or give any other reason for it? 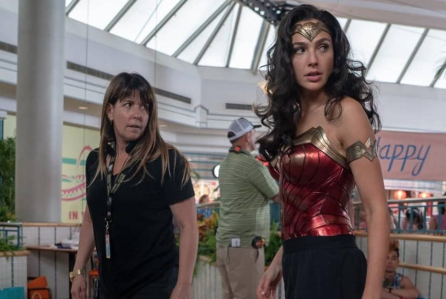 I can’t confirm this, but as for a reason: Hypertime?

Lol It’d be interesting if they went in that direction.

The '80s setting can fit with what we’ve seen in the DCEU so far - if they want it to, which is questionable, I suppose.

Probably just WB taking another step in cutting themselves off from the DCEU as it was from Man of Steel to Justice League and move forward in their new solo-story focused direction.

If this is based on the comment made by a producer (?) didn’t the guy also make it sound like he ment it wasn’t a direct sequel?

James Bond films are not necessarily sequels, just movies in a film franchise. Maybe this is the same concept. Each movie will be able to stand on it’s own.

Technically it is a sequel. That’s a 100% certainty. Storytelling wise is where sequel definitions can vary. To me it’s a sequel on both accounts.

I would guess DC is trying to distance themselves from the DCEU. I think Aquaman only got made because it was already in production after Justice League bombed, but I don’t think it was an accident kept the links to the other comics and word building to a bigger minimum. It clearly worked out, don’t get me wrong, but it doesn’t seem like an accident the one in pre-production and the sequel (direct or not) to the one movie that got critical acclaim and was considered the “good one” are the only two movies with the JL characters that happened. With the Batman and Superman actors leaving the whole DCEU as we know it is dead in the water. So probably don’t want to dwell on that connection too much.

I assumed that since it doesn’t seem to be a new origin movie, that the reason it is now set in the 80’s is because well… Wonder Woman is immortal. I took it to mean it is technically a sequel just won’t call back to the previous one. I mean unless they are re-doing her origin can’t say it wouldn’t qualify as a sequel.

Timmy2Strikes said it well… I mean I totally dig what yur saying Vroom and I totally agree… But i think Jenkins vision, is to not have the movies be sequels… Think of it like a TV show, where each episode is different… you don’t need to see the previous episode to understand the next one right?.. Its like that!

It’s bizarre and nonsensical to start trying to claim it’s not a sequel.

What on Earth is Chris Pine, guy from the first movie, doing in the new movie then? Are they gonna try to tell us his character and his story is gonna have no connection at all to anything that happened in the previous movie

It is. But not a direct sequel. The stuff from the first film still happened. It’s just not important to the current film.

@csidet, the only way this isn’t a sequel is if Chris Pine is playing some completely new guy, with no connection at all to Steve Trevor from the previous movie.