At least we got 2 Wonder Woman movies. 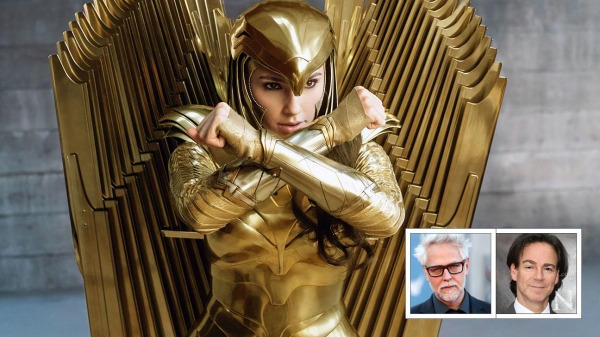 New DC Studios heads James Gunn and Peter Safran are in the final stages of prepping their multi-year plan ahead of next week's pivotal presentation to Warner Bros. Discovery CEO David Zaslav.

Multiple sources tell The Hollywood Reporter that Patty Jenkins’ Wonder Woman 3 is not moving forward and is considered dead in its current incarnation.

I took that as it is dead. They also listed the cost of both Gardot and Jenkins as reasoning.

That’s how I took it as well.

The story will be rewritten to fit the new plan, but we’ll get a 3rd film, guaranteed.

God, I hope so. I can live w/ the treatment/script being reworked to something that fits better w/ Gunn and Safran’s plans, just so long as we actually get another movie. Not making it at all w/ Gal’s Diana still being iconic would just be such a terrible move, and I have to believe Gunn and Safran are better than that

Not making it at all w/ Gal’s Diana still being iconic would just be such a terrible move, and I have to believe Gunn and Safran are better than that

Exactly. Hopefully we get some official clarification on this soon

The second one was awful so I can’t so I’m super disappointed.

I hope it’s just being reworked. To me, Gal was Wonder Woman. The second one was just alright to me. But I need Gal.

That’s really too bad, I did enjoy the second movie the most.

I started to read the link, then saw it wanted to spoil the upcoming Flash for me, and decided I didn’t need to read it that bad. Guess I should avoid Hollywood Reporter articles between now and next June!

Depressing if this development means they are moving on from the actors/characters set up in the Snyderverse. Although I guess they can’t be taking it that far, since Peacemaker and the Amanda Waller series will be taking place in that universe, and Gunn has no motivation to rule out a future for those actors/characters.

So maybe they were looking at the figures for Wonder Woman 3 and thinking it lined up a lot like the Black Adam movie that has the star making $20 million and is losing money.

Gal Gadot has been nothing short of fantastic in the part, but if they wait three years and go with a brand new actress, at a pay scale that makes for a film profitable enough to generate its own run of sequels, that works okay too.

the Black Adam movie that has the star making $20 million and is losing money.

Honestly expected it to bomb. Besides being a new ip for moviegoers, It didn’t help wakanda forever premiere the week after and China refused to show this movie because of Peirce Brossman.
Hopefully Hbo max and blu-ray sales make up the difference.

we’ll get a 3rd film, guaranteed.

That terminology would’ve been used if that were the case. Peeps might be thinking “Welp, Gal’s too big of a star to cancel.” Not if the front office is willing to give her top billing in another film thereby paying off her WW contract in full.

Let’s face it- as much as we all loved it WW 1984’s ROI wasn’t near it’s projected earnings expectations and Zaslav is well over $60B in the hole right now. It’s fire sale season over at 3400 Warner Blvd in Burbank now. And everybody knows it.

I hope you both are right and that I’m wrong. But when it comes to the front office suit suite and money they ALWAYS go for the shortsell nowadays. Long term payoffs just don’t gleam like they used to.

Saw this sad if true. Liked both of them. I’m seeing things that say it’s either

Again, I hope I’m wrong about all this. But I really don’t think we’re getting another WW film for quite some time. I think you’re def on point with the Gal as WW in cameos idea, but if her film gets shelved there’s a strong chance she’ll decide to walk away from the role entirely.

Well, that’s a hell of a shame. WW84 was a movie that I kind of soured on a bit as it sat with me (the way that they brought Steve Trevor back and the implications are just…horrific), but I was hopeful that a new movie with Gal’s Diana in the present would work.

Hopefully Jenkins leaving doesn’t mean that Gal is gone as well. I would hope that Gunn would work with her to do something that would appeal to her.

The best sliver lining for this, though, is that at least this means we could finally get that Star Wars: Rogue Squadron movie that Jenkins announced a few years back.

From what Gunn has said, they’re announcing their plans to WB Discovery at the end of the month.