With Geoff Johns leaving Shazam, what will he do next? 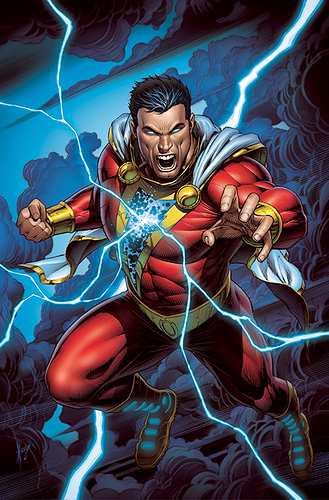 Johns is already finished w/ Doomsday Clock and Three Jokers (or at least he will be by June), so his writing schedule is pretty clear. He also hasn’t been active on Twitter in months, and it’s got me very curious about what he has planned next. Will his focus be on producing shows/movies like Stargirl and the DCEU, or does he perhaps have a secret project in the works? I know I’d really love to him tackle the Watchmen characters again, and I’m curious as to what the community is hoping to see him do next.

The third Batman Earth One book is probably his next comic to release after Three Jokers.

Maybe Johns has something cooking within or after the Generation books that isn’t yet known?

Dale Keown is an inspired art choice. I’d like to see him drop Pitt in the background of a scene.

The third Batman Earth One book is probably his next comic to release after Three Jokers.

Forgot about that one for a bit, but that would definitely make sense. I did see him say in an interview late last year that he and Frank were almost done w/ it, it just got interrupted by Doomsday Clock, so if Johns isn’t done w/ the script by now, I’d certainly imagine that he would be by the time he finishes Shazam.

And that’s what makes this potential so exciting!

I wasn’t trying to be a smart*** I kinda feared it would come off that way. I love Johns. Glad u took it as I intended.

Definitely. I did get a laugh out of it, but it’s funny because it’s so true!

Awesome. Went as planned then.