Wishes that I have for the Batman Beyond storyline

I wish that Selina Kyle aka original Catwoman along with further exploration of other Batman characters and DC comics Justice League characters such as Lois Lane would be officially incorporated into Batman Beyond storylines at least within alternative Batman Beyond timelines/realities and that there could possibly be a gradual year by year decade by decade generation by generation exploration past Batman Beyond continuation.

I want the opposite. Mystery about what happens to a character is normally more fun than an epilogue giving all these details.

Couldn’t agree more. Sometimes not having all the info and leaving a little mystery is so much better.

That only works if there weren’t those that bash the unofficial fanfiction with preference towards the official.

Stories that explore what happened to Batman’s enemies and allies are fun and all, but Batman Beyond is about Terry, and exploring his future.

Exactly! I think an aside or a reference by a character would be good. So long as it doesn’t interrupt or dominate the story.

It should be noted there were plans to show what happened with Catwoman in an animated movie…but it didn’t happen. The article explains why. 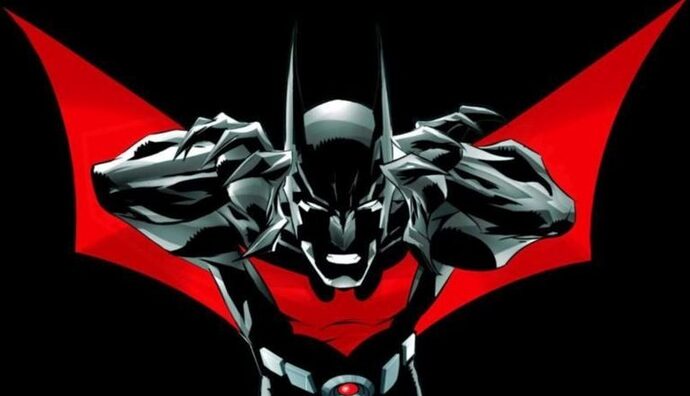 Bruce Timm revealed his original plans for the second movie at SDCC 2019. It left fans stunned and wondering of the lost potential of what could have been.

You get little hints of the leaguers in the animated series and the Justice League Beyond comic.

Merely referencing isn’t enough there should be some reasonably good visualizations of the characters showing how the gradual aging process/gradual passage of time affected differences in the outward appearances of the characters.

It’s up to the writer and the story they are telling. If the story warrants it, then it’ll work organically.

And again with the gradual aging thing? I’ve noticed that’s a running theme in your posts. For Batman Beyond, do we need to see Lois gradually age to know she’s older in this timeline. Not really. It’s the future, so that’s kind of a given she’d be older, if she hadn’t passed already.

Again, it’s up to the writer and whether they want to explore that.

Again with the copying and pasting from other sites. You can link to them. And this isn’t anything we haven’t heard before.

If this is something you’d like to explore in fiction, I’d like to once again suggest writing an original piece to not only flesh out your ideas, but also to see how writing suits you.

No I can’t link the sites since I think I have been baned from that ability a while back you can ask one of the Devs about that.

In that case I suggest narrowing down your main points in future posts. I know we’ve had this discussion before, but it’s incredibly muddled when you post the entire article.

Back to the main point, this isn’t something I see writers delving into. I’m sorry but I don’t see it happening.

No I can’t link the sites since I think I have been baned from that ability a while back you can ask one of the Devs about that.

Here to confirm that you absolutely can post links and there’s no limit on your account to indicate otherwise. Please, when discussing an article, LINK TO THE ARTICLE instead of copying and pasting the entire thing into a thread. It’s very difficult to parse through the information when it’s just dumped into a thread.