We have a universe with flash and arrow and no green lantern? Hal is literally best friends with both of them. I know they hinted at Hal and Jordan a few times but we need to at least see Hal Jordan once for reals! Hard traveling heroes, at least do some verison of that as it’s one of the most iconic green arrow stories of all time. Cmon where is Hal! 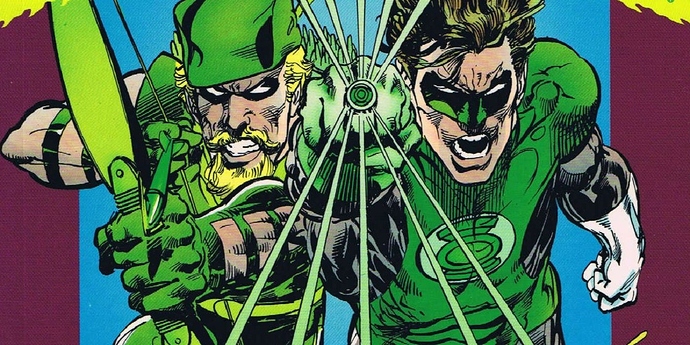 NEVER! Let the good folks who do Krypton (and soon Lobo), take on Hal & Co. We don’t need another cheesy tween Superhero drama.

Though it would be nice; good special effects for him are expensive, so I hope not. CW doesn’t get those type of ratings.

Not only do I agree with @yutzy in thinking that we’ll see John Diggle wear a GL ring by the end of the CW Crisis, rumors suggest we’ll be getting the original GL - Alan Scott -right here on DCU as a member of Stargirl’s JSA.

90s Flash did ask John why he wasn’t wearing his ring in the Elseworlds crossover.

I think we will see David Ramsey play Diggle’s doppelganger John Stewart from another earth in Crisis, but I don’t think John Diggle will become a Lantern.

I was hoping they’d introduce Hal Jordan as a test pilot who befriends Ollie, but stay away from the Green Lantern stuff. The budget just isn’t there on a CW show for Green Lantern to be a regular, so we’d probably get a situation like Firestorm, where every episode there’s some reason why Hal’s ring won’t work. And frankly, Ollie could have used a few non-vigilante friends. Unfortunately, I think the opportunity has passed.

As for Diggle, I’m guessing Oliver’s quest will take him to different Earths and on one of them his friend Digg goes by John Stewart and wields a GL ring. I’m also hoping we see an Earth where Dinah is a rock star and one where Speedy is a girl named Mia Deardon.

@mrmiracle I like your idea and I was hoping that was what they were gonna do. It seemed like they were sort of hitning that in season 3 as it ends with Oliver going to Coast City but that theory got scrapped pretty quickly.

If a GL TV series were going to happen, it really ought to be a standalone thing. I love the Arrowverse a lot, but trying to graft all of the complexities of the GLC mythology and lore into that universe at this point just wouldn’t work as an ongoing thing.

They can get away with doing an offhanded reference to the GLC having existed in Earth-90’s reality and Earth-90 Diggle having been a member, but that’s about the extent of what they can do.

With Arrow ending, I would be thrilled if Crisis ended with Diggle getting a ring and going off to Oa for training.

@mrmiracle, I’m with you on Legends and Firestorm; it amazed me how many times Sara divvied the team up and split Jax and Stein into different squads.

CW’s not allowed to use GL, so I doubt we’ll get more than a mention. They’ve already trashed the GA mythos by fridging Black Canary and hooking him up with the show runner’s OC, so why would they ever bring in Hal? The sooner this show is gone, the better.

Anarky was also a GL for a couple of issues, but I’m sure that’s been retconned.