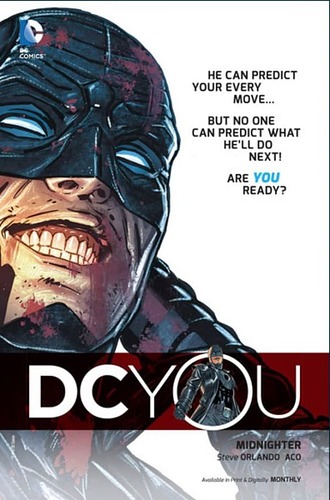 Whether you know and love him from The Authority and elsewhere within the WildStorm Universe, the New 52 volume of Stormwatch or he’s brand-new to you, Midnighter is a character that knows your every move, knows if you’ve been good or bad and he is most definitely not Santa Claus!

To celebrate writer Steve Orlando’s run with one of the greatest champions of the WildStorm pantheon (and someone who’s often called the “Batman of WildStorm”), check out whatever you like (be it the entirety or just a few issues, here and there) of his fun-filled, ass-kicking series that debuted as part of the DC You campaign of 2015: 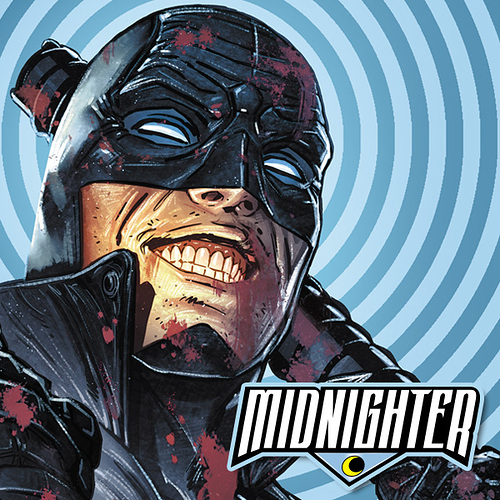 With weapons in his hands, and a supercomputer in his brain, Midnighter is back for another series of hard-hitting justice.

You’re welcome to chit-chat about this series as you like. Are you a Midnighter fan? Do you want to see a Batman and Midnighter team-up at some point?

To be clear, are you talking about 1-6 or the whole series?

I’m going to bump this up my to read list. I haven’t always been a Midnighter fan. His and apollo’s early appearances were very derivative, but I hope there’s a Batman & Superman/Midnighter & Apollo crossover

Or an issue or two, here and there.

but I hope there’s a Batman & Superman/Midnighter & Apollo crossover

Actually, there kind of is! There’s the Batman/Superman: Authority Special #1, which is a sort of sequel to Superman & The Authority and part of Phillip Kennedy Johnson’s run on Action Comics, where Batman enlists Superman and his new Authority team, which includes Midnighter and Apollo, on a black ops mission on one of the worlds of the Multiverse trying to invade theirs. I don’t remember how much interactions they all have, but it was a fun story. 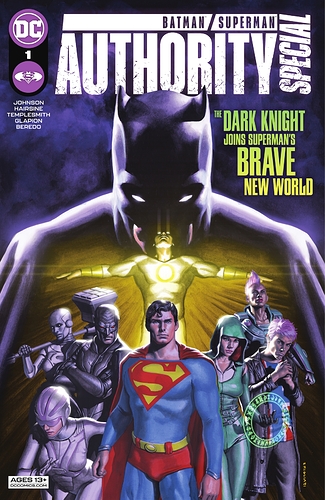 Following Mongul’s brazen attack on Earth, Superman’s world has been turned upside down: conflict between Atlantis and the surface world, the discovery of an...

And here’s the Superman & The Authority series: 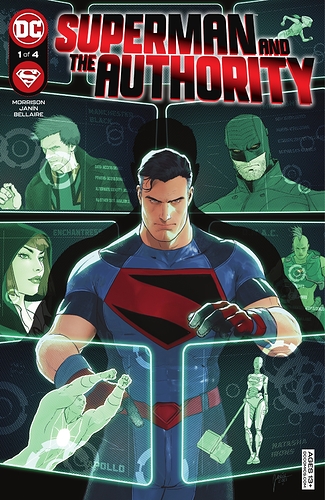 Superman and the Authority #1

Sometimes even Superman finds a task almost impossible. Sometimes even the Last Son of Krypton needs to enlist help. Some tasks require methods and heroes...

@Vroom did recently cover that story over at his Modern Superman Fan Club:

, @ModernAgeSupermanClub! We’re celebrating Pride Month with Grant Morrison’s latest adventure to star The Man of Steel, Superman and The Authority! What happens when The Multiverse’s Greatest Hero teams with The Authority (one of the greatest bands of ass-kickers in pop culture, be it in comics or otherwise)? Check out this

thrilling adventure to find out! Chit-chat to crack a skull by, Authority-style:

Thanks for the clarification. I don’t remember if I read the entire run, so this should be fun to do.

Superman and The Authority wasn’t as bad as I thought it was going to be, but too me the authority is quite a bit more than Midnighter and Apollo. Every time regular DC crosses paths with Wildstorm killing is off the table. Even though that’s what Midnighter is good at. I’ll give the Batman book a go just for laughs.

I don’t remember if I read the entire run, so this should be fun to do.

I read Midnighter as it came out, and really liked it.

When the debut DC You titles were announced and I saw Midnighter was among them, it was one of my most-anticipated of the bunch, and it didn’t disappoint.

My favorite scene of the series is in Midnighter #10, when Harley sees Midnighter and says “Leatherman!”, followed by Midnighter kicking Parasite in the jaw and saying “Smile, a$$hole.”

Its got Harley, a Superman villain getting trounced by someone other than Superman and Midnighter just casually drops “a$$hole” so well in the process of giving Parasite some amateur dental work that I can’t help but love that scene.

too me the authority is quite a bit more than Midnighter and Apollo.

Every time regular DC crosses paths with Wildstorm killing is off the table.

We kind of got that in Superman vs. Lobo #3 (not a spoiler), but I want a full-fledged book that is a hard “Mature Readers Only” tale with DC and WildStorm characters.