I couldn’t find a solid post for Wildstorm fans. Even dating back to the Image days, who is your favorite character from Wildstorm?

Woohoo, another Wildstorm fan in the house!

I absolutely love the Wildstorm imprint. So many wildly fantastic titles that are packed with unbridled fun and creativity.

My favorite Wildstorm books are:

Speaking of Wildstorm, it’ll be interesting to see how Grifter fits into the post-Joker War landscape of Batman.

I’m not much of a WildStorm fan, but I gotta say that username rules.

I was always partial to Grifter.

@chintzybeatnik Grifter was my first favorite Wildstorm character, largely due to the WildC.A.T.S TV series, as well as his 5" scale action figure from the toyline that tied into it.

The only old school Wildstorm I’ve read is Planetary and the first Authority series, but I loved the recent The Wild Storm reboot and its spin off series for Michael Cray. I’m really disappointed the follow up miniseries for WildC.A.T.s didn’t happen.

Yeah, me too. That was one of my most anticipated books of 2020.

Really wish they’d put significant chunks of the OG WildC.A.Ts and Gen-13 series on this app!

Gen13 v1 is getting a new trade release next year, so I’m hopeful that means that we’ll get more of it in digital singles.

Didn’t that not happen because in turned out that the artist had not drawn any of it?

Maybe, I don’t recall offhand. I know that Jim Cheung was doing the covers, and I would have preferred him on interiors.

Just finished my re-read of WildC.A.T.S 1-12. I’d love to see the whole original series get added to this site as well as the original Gen-13 series! 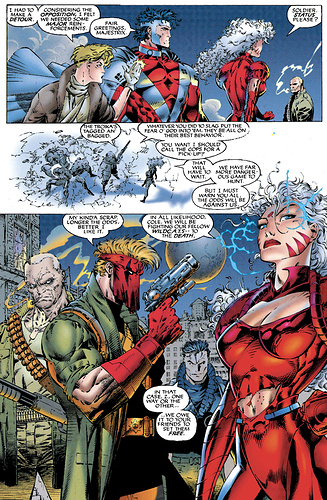 Big fan of the original Deathblow series. So much so that I had Jim Lee sign a copy of Deathblow #1. I really disliked how his character was treated later. Through that original series I was also introduced to Grifter, Backlash, and Dane who are all cool characters as well.

Planetary is easily one of my all-time favorites. It’s absolutely fantastic in every way.

Freefall and Backlash are my favorites.

All of the Team 7 members are solid gold! Backlash, Grifter, Deathblow, Alex Fairchild, Dane (Wetworks), and Lynch too.

I love Midnighter! I read the 2015 midnighter series and wanted to know more about him, that’s how i got into stormwatch. I’m still in the process of reading wildstorm comics, but for now the authority are my favorite!

@Vroom bi-Wan Kenobi I need your help!
I started reading DV8 and I am at a loss for who the characters who have red arrows next to their names are: 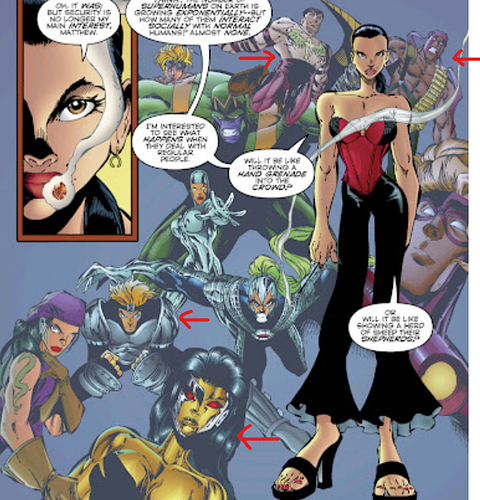