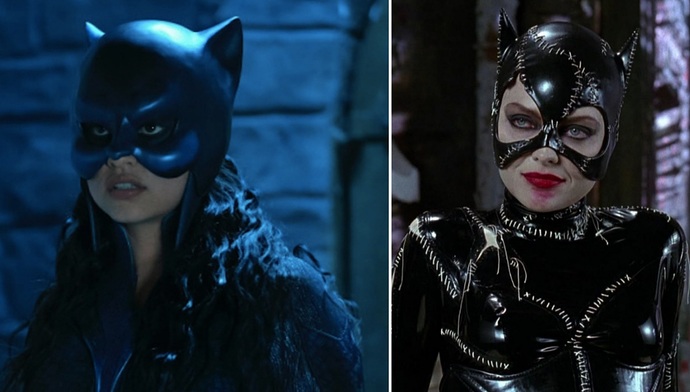 My question to everyone is, Who would win this catfight? Wildcat (Yolanda) from Stargirl or Catwoman from Batman Returns? May the best cat win!

Who Would Win a Catfight?

I know the male Wildcat from the comics but I don’t know anything really about the female one so I went with Catwoman.

While it’s probable that Wildcat might be more technically skilled, Catwoman has the experience and the willingness to fight dirty on her side.

Wildcat II fight far more dirty than Catwoman. It is not even close.

It’s been a little while since I’ve seen Batman Returns, but I feel like Wildcat’s claws could do more damage. It would probably be a close fight though.

they were both trained by the first wildcat thought so i’d say there skills are pretty evenly matched, however catwoman has less a history of dying and staying dea

Something tells me Wildcat has more skills