Why We Love Leota Adebayo (Spoilers!) 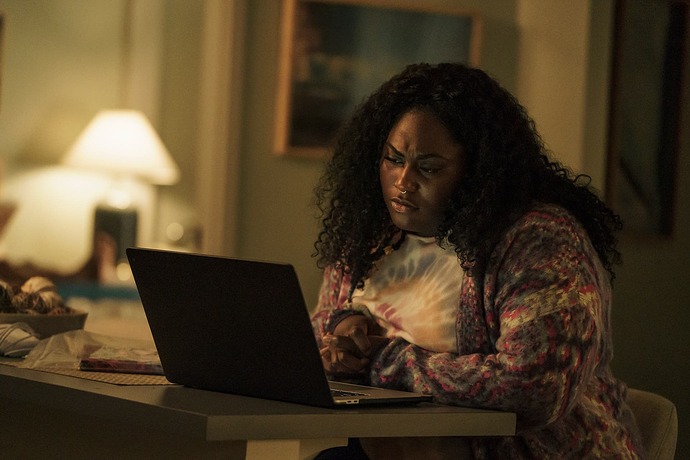 She loves animals and dressing up her tiny dogs. She’s never been in the field. Sometimes she can’t stop talking. Honestly, no one’s quite sure why she’s even on the team. But Danielle Brooks’ Leota Adebayo is just as valuable as anyone on Amanda Waller’s secret task force—in fact, I think she’s Peacemaker’s real hero.

“But the guy with arms as big as tree trunks,” you might be saying, “or the tough-as-nails field agent. Or the freakin’ PET EAGLE.”

I hear you! But let me explain why Leota Adebayo is top of the team. 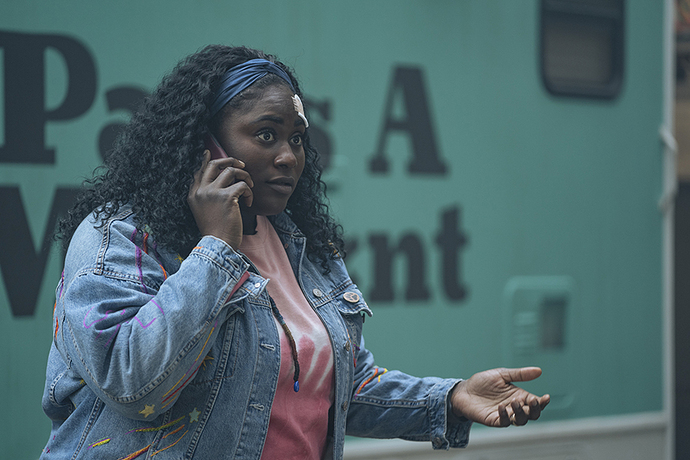 Peacemaker is the muscle. Murt is the leader, Harcourt is the handler, Economos is tech and tactics. So, what does that make Leota? The former veterinarian from Gotham City is the new girl on the team. She’s also…well, us.

Leota is an ordinary person thrown into an extraordinary team of experienced agents and combatants who have taken out countless bad guys—and some of the good guys, too. She’s scrambling to keep up as she’s confronted with one bizarre thing after another. She can’t believe what she’s seeing and asks the questions we’re all asking. No matter what’s thrown at her, though, Leota stands her ground and is there when the team needs her.

To learn more about Leota, head over to DC Comics!

What do you think about the character Leota? Let us know in the comments!

I love that she still gives Chris a smidgen of patience in situations where he’s completely misconstrued something. I mean, she’s not afraid to give him a verbal slap on the hand either, because she surely must be exhausted of hearing the same comments over and over throughout her life, but I appreciate that she genuinely tries to understand his line of thought and help him through those social/moral blindspots.

I’m worried that the end of episode 8 represents such a giant step in her character’s development, though. It’d seem to make it hard to use her as “inexperienced audience identifiable character”’ for season 2, though maybe we will see her taking up some of Murn’s function in the show