Why is lettering important?

I’ve always wondered a couple different aspects of lettering. 1. Why are some words bolded? 2. Why is some lettering good, and some bad? 3. What are some examples of good and bad lettering?

Whenever I make the mistake of venturing back to the Bush Sr./Clinton era, my eyes are reminded of the pain and eye-strain that is 90s lettering. 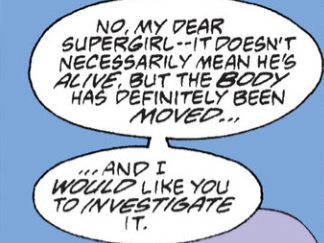 But yeah, the random bold and italic words can get annoying in any era.

I hate it when they do lettering trying to look like a character is writing it. Like here, 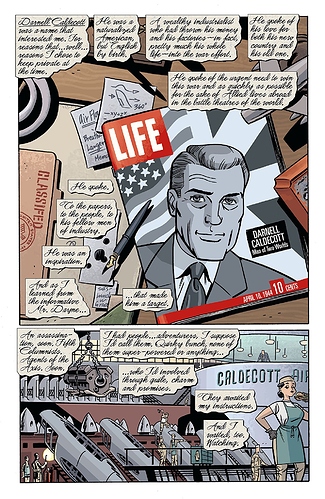 Only time I ever stopped buying a comic because of the lettering. 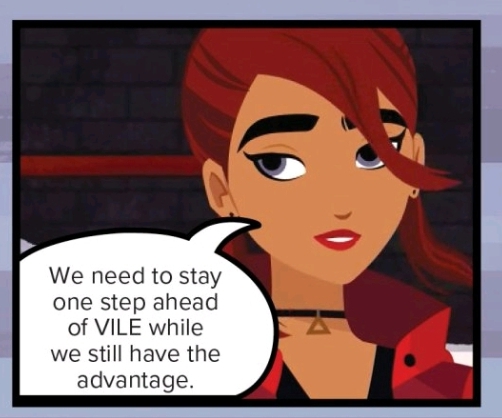 So we can easily read the words?

That Carmen Sandiego lettering looks quite lazy. Like someone literally typed in the dialogue, then clicked Save and said “Alright! I can still make Happy Hour at Chili’s, and with time to spare!”.

@AlexanderKnox I can make out that AOS lettering fine. Why don’t you like it?

I can make out that AOS lettering fine. Why don’t you like it?

The lines of text look squished together, the non-italic text still looks too much like italic text, and the bold-italics are so wide that they require my eye to move across them in an almost zig-zag fashion.

Lettering seems like a very simple technical process. It’s certainly possible to screw it up, as AlexanderKnox points out, but it seems weird that it’s not just done digitally by the writer, artist, or editor with a house font. There’s no particular reason that quasi-handwritten look is needed and lettering is usually consistent enough that it could be turned into a font anyway.

As for the bolding of words, I think older books would use it to denote important words. Some writers (like Frank Miller) do it pretty much at random, but generally it’s supposed to indicate words that are emphasized in the sentence as spoken. For example, “That is right,” “That is right,” and “That is right” are all valid readings of the same sentence but carry different meanings, so having the bolding prevents the reader from misunderstanding what the writer/character is trying to communicate.

And fancy fonts are almost never a good idea. Script in particular is illegible.

One thing I find interesting which is what brought this up, is that one of the standard rules of Dawn of X is that all lettering should be a normal sentence. Example “I’m the Red Queen ■■■■■” versus “I’M THE RED QUEEN ■■■■■.” I think it’s interesting.

Much like fake handwriting, I don’t like lowercase lettering. I’m assuming uppercase was the de facto standard from the old newsprint and the low quality of reproduction, but it still seems easier to read. 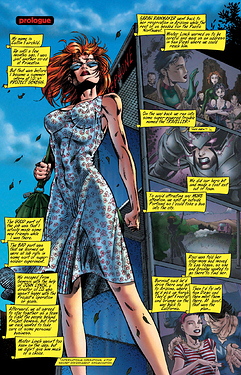 I’ve always been a big fan of Stan Sakai’s lettering, and I just found an article explaining what makes it great.

The reason the X-Men titles use it is because you get more space per panel.

Great topic, @Nathan.Payson! I agree with all of the comments in this thread about random italics, capitalization, and “handwriting” fonts. I’ve recently been reading the Kamandi series (absolute classic - highly recommend) and found it such a smooth read with the various uses of formatting and a less is more approach. These panels from Issue #3 depict that healthy balance of image to text ratio and what I feel is the “right way” to convey to the reader exactly what’s going on. (And if you haven’t read Kamandi yet, give it a try!) 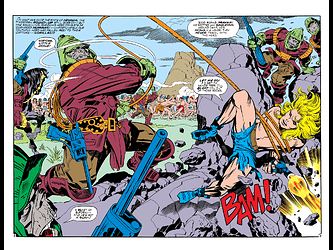 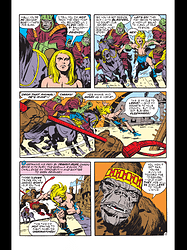 Ugh, the liberal use of bolding and italicizing words is SUCH a pet peeve of mine. It makes sentences sound so unnatural. Actual people in the real world don’t actually talk like this.

Alan Moore seems to explore his desire to focus on prose when he presents journal entries as he does in PROVIDENCE at the tail end of each issue, the entires printed in small meticulous script.

In addition to helping create nuance for individual characters and their identity, there’s something about good lettering that can really contribute to the overall “feel” or “tone” of a book. It’s hard to quantify, but it’s definitely there.