Why is bleeding cool call Doomsday Clock is an unauthorised sequel to Watchmen?

accord to old news Alan Moore no Longer with DC comics he don’t want anything to do with Watchmen not even with Comics and Movie, also said watchmen revert back to DC.
Dave Gibbons enjoy watchmen in HBO but not Doomsday Clock and Alan Moore not happy with HBO and Doomsday Clock. here the link

Bleeding Cool is a tabloid site. Don’t treat anything they say with credibility unless corroborated by another source. They say things just to get you riled up.

At one time Moore and DC Comics were great partners.

When Watchmen was created there was a special contract between them on.this title.

Essentially Moore and Gibbons were to get the Title back whem .DC was no longer publishing this title.

This was before Graphic Novels, Trade Versions reprinting old material. Back then stories were rarely reprinted, just a few stories in.80 Page Giants.

Everyone expected the creators to get their characters back.after a year or so.

But Watchmen kept being reissued as a Graphic Novel trade.

So the creators never got their rights back.

Added to that was Moore’s anger on how many of this works .became bad films, including to him, Zack Snyder’s Watchmen movie.

He refuses to have his name on any adaptions of his works. 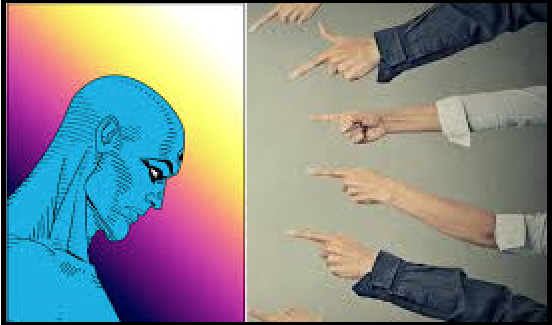 I never trust anything Bleeding Cool or CBR says. In the last few years I’ve seen both resort to clickbait. CBR is also notorious for errors. When they were complaining about the third act of Wonder Woman they said they didn’t like the battle with Hades even though Diana fought Ares. They also said the creator of The Rocketeer was Dan Stevens when it’s Dave Stevens.

It’s kinda immaterial what Moore or Gibbons think of what has come after.

Moore especially. He really has gotten to the realm of cult status, especially in the UK.

They created their work in Watchmen and they stand by it, which I can respect. But, sometimes characters and worlds expand beyond their creators. Look at Kirby’s 4th world. Would Jack be thrilled with every 4th world story? Or every appearance of Darkseid or Granny Goodness or fill in the blank. I doubt Siegel and Shuster would have looked at Superman III or IV as the best representations of their character.

So like everybody else, they are entitled to their opinion, but, it’s just their opinion and holds no more weight as you or I. (At least they aren’t cussing out at fans who disagree with them.)

I am not watchmen and Alan Moore fan because I don’t like what he wrote about real life people in watchmen.
Laurie Juspeczyk, née Jupiter (the second Silk Spectre ), killed Frank Sinatra when she was a teenager, when the latter was secretly a criminal mastermind called the Chairman. After Laurie jammed a boot heel into Sinatra’s neck, he ran out in front of a bus carrying Ken Kesey and several hippies, and died instantly. here the link

Uh…that wasn’t Moore that did those. That was from the Before Watchmen line of books, and Darwyn Cooke/Amanda Conner wrote the Silk Spectre story, and the Comedian one was by Brian Azzarello.

Also, creators have shouted-out and played with historical or just real life figures all the time.

a) Bleeding Cool isn’t exactly… reputable… You can effectively ignore anything they say unless you hear the same thing from ComicBook.com or CBR or something.

b) While Doomsday Clock isn’t unauthorized, per se, it is a sequel to a very surface level version of Watchmen, in much the same boat as the Zack Snyder movie: it captures the look and feel of the original without really understanding its grander meaning. That said, I don’t really read Geoff Johns for his subtlety.

sorry my mistaken, I read DC reject twilight of Superheroes by
moore, he very angry at DC and he never work for DC again.

Why Moore stayedbwhen DC bought Wildstorm. Is discussed in 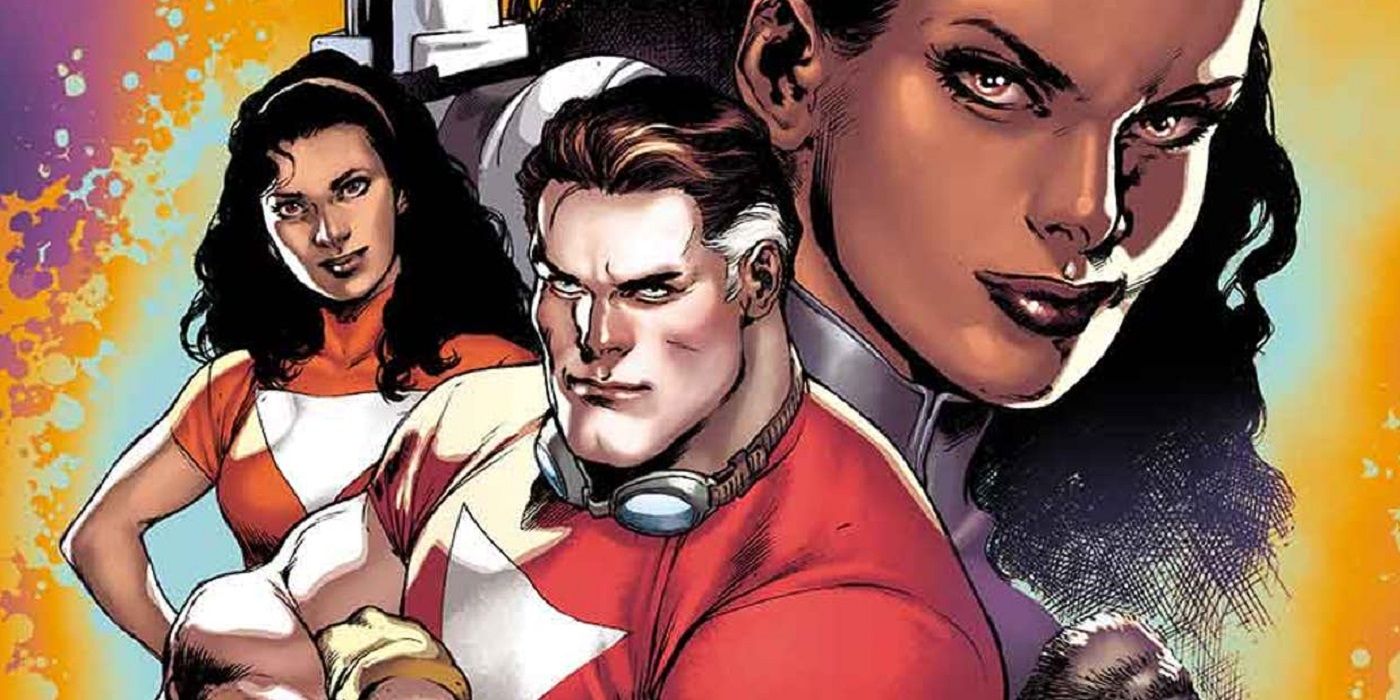 How Does DC Own Tom Strong and Not League of Extraordinary Gentlemen?

With the news that Tom Strong will be in The Terrifics, we explain DC owns the rights to most of Alan Moore's America's Best Comics characters.

Though it doesnt look.like it.

There are two.links which display differently

I hope that there is a special place in hell for professional blog writers who invent daily dribble to get a knee jerk reaction. The headlines of such media reminds me of arguements i had with school friends in 3rd grade. (Which is about right for literacy and cognitive function)

Too ugly to be an influencer, and no where enough talent to be real writers, these blog sites will say whatever; like google’s bastard children.

More and more I am noticing that a lot of these news sites that do review for comics and other media tend to be what I would call shills. They are either being paid by the media companies to make good reviews or they are making good reviews to get in good with the companies so they can constantly get free access and other things. It doesn’t matter how bad a comic or movie is certain sites will still hype it up and give it a good review.

There are also sites that are basically the opposite and will find the most offensive or outrageous thing to say or stance to take just for publicity which gives them fame and makes them money.

You have to be careful online nowadays with reviews. These media companies have figured out how much bad reviews can effect their sales. Rotten tomatoes isn’t even a reliable source anymore. Not only to critics scores rarely align with the audience but rotten tomatoes has now even messed with the audience scores in some occasions which in return ends up making the reviews look better/worse than people are saying. They are basically fixing the scores so they show what they want.

That’s why I enjoy reading message boards/ forums. I can see what a bunch of people like and hate and usually find out exactly whats bad and good in a comic/movie/game.

There are also YouTube video channels but you have to watch out because some are also shilling but usually you can watch videos reviews until you see a channel that has a similar preference and use them as a source.

I got a few YouTube channels I really trust to get comic and movie reviews. They usually have similar or the same views I do. The channels I watch may not work for you though because everyone has their own taste.

So find a YouTube channel that fits you and use it for suggestions on movies and comics.

I don’t read reviews on stuff. I look at a trailer and think “ok, that’s interesting” or word of mouth from people I trust.

As for people shilling one side or the other…congratulations social media, you’ve reached the newspaper syndrome of the 1920’s. William Randolph Hearst would be so proud. (Just goes to show, ain’t nothing new under the sun.)

This is exactly why I am critical with my review sites nowadays. And I only watch what I think would serve me the most good or aligns best with me. The ones that use their logic, cite often, and actually read the comics and watch the films, and show enthusiasm those are ones I listen too. But in some cases I try to avoid them altogether. I find that sometimes if something is bad or claimed bad is actually good right now or over time. Or vice versa, if its claimed good it can actually be bad. Really, only way of knowing if its truly bad or good is read the comments or actually buying it. And Everyone’s perspective is different, we are all different people so what you think is bad could be good for someone else and vice versa. I find that a few of the so-called blog sites, social media gurus, and youtubers- lack a form constructive criticism. Instead of citing things; looking at it from a objective stance, and basing things on fact and applying logic. They just state their opinion and they voice it around a emotional response and play to the audience for fame and likes, with no use of any information relative to actual topic itself. They just say this is a 6 out of 10 or that’s a 9 out of 10 without explaining why and they play favorites. Or they state things that are completely out of context and unrelated to comics or character just to gain favor with a crowd that most of time doesn’t feel the same way.