Why I Am Not Worried About the Future of DCU

It seems that since this service launched there has been much speculation that DCU would not survive. I would like to start a discussion as to why it will be around for the long term. Do I think it will change and evolve ? Absolutely! Everything has to if it is going to stay in business. I do see us losing original shows soon ( except perhaps shows like All Star Games and DC You ). Shows like Doom Patrol will more than likely migrate to HBO max exclusively. Is this a bad thing ? I don’t believe so. HBO Max is not Disney + ( thank God ) so the shows should not lose their edge. Also, you don’t have to subscribe every month. I will plan on waiting for an entire season to drop, get the service for a month, then cancel until the next series is out. If they have so many shows that I keep it every month that would be a good thing. Also the budgets would presumably be bigger making for a better show ( even though I think they are pretty good right now ).
So where does that leave DCU ? Everything else which is considerable. HBO max will not have comics or this community. I don’t believe DC would abandon these 2 things. Marvel has been doing Marvel Unlimited for well over 10 years, so it must be profitable for them to do so.
I was a bit nervous when they stopped offering annual plans, but when I found out that current annual plan subscribers can keep doing it, those fears went away.
So, start thinking of the positives of shows going to HBO Max and how this service will survive, just possibly in a slightly different form.

Well said, @Bullcan!!!
I still believe we’ll have original shows on here. I think DC Universe will be a testing ground and the shows HBO Max or the CW want to show will come with licensing fees, which means DC Universe gets that revenue, but I guess we’ll have to wait and see.

Really, it’s just refreshing to see positivity on this subject

DCU.spent months trying to get the service on the PS4.

HBO Max had PS4 up the firdt day of launch. Thatbis because it was a video only streaming service

Thetefore HBO wilp not have the comic book library. It would make maintaining the service much more difficult, genetaye little additional income and is not part of thr mission.stayement of HBO Max

I double most of the older DC TV shows HBO Max would wsnt on their service. Maybe BTAS and Lynda Carter Wonder Woman. Instead of throeing those shows away they should stay hetr.

Kind of my thought, I guess they could license them out but even that would have some limits. I mean Boomerang had next to none of the hannah barberra shows on there move to MAX. Not saying they will keep them because I don’t know all the ins and outs of this kind of thing.

But would think that even if the focus went to comics and community, having at least a small library of video content is more “bang for your buck”, and like you said while some of the video content on here, especially the animated movies might have some appeal. I can’t see that HBO MAX would have much interest in Superboy, or Birds of Prey, or the 90’s Flash, or the Aquaman TV Pilot, or the documentaries in the specials section, or the pre-Lynda Carter Wonder Woman pilot, or The Spirit TV movie. I mean if they were doing like Disney+ and seemingly wanting to slowly add their whole catalog then maybe, but at least at the moment their interest seems to be in having HBO programming, plus a curated “best of” with their movies and TV library. Maybe that is about to change, but filler like that that doesn’t seem to be what they are going for.

I just don’t see HBO Max having comics. I read an article about DIsney + not having a Marvel Universe, but the article was wrong, they do. Marvel Unlimited.

Not to be a downer, but just because they don’t have a service for books doesn’t mean they need a service for books. And just because Marvel does it, doesn’t mean DC does it. WarnerMedia clearly has a vision for what they want, and that vision is all about pushing HBO Max and streamlining operations to support HBO Max. Anything that doesn’t do that is wasted effort. DC Universe may not be dead, but unless it can be folded into the company’s mission, it won’t be around. Catering to a niche audience (comic book readers) with a separate streaming service that can’t be combined with the service they’re putting all their focus behind probably isn’t in the cards. DC Universe may stick around in some form, but unless it can be folded into the HBO Max ecosystem, the future isn’t looking particularly bright. 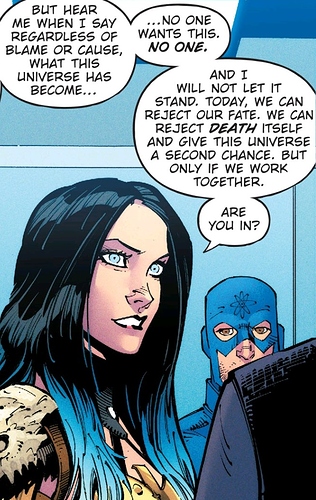 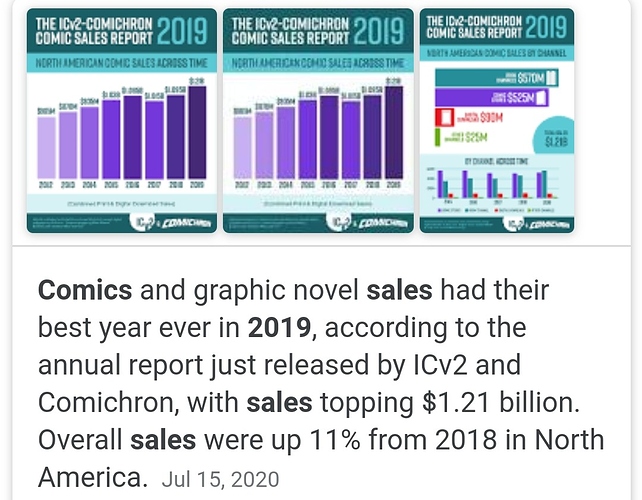 Something to think about when considering the future of comics. I can’t imagine they would go from ‘best year they’ve ever had’ to ‘scrap the whole thing’ in one year’s time.

@Applejack has made a statement in her Office Hours Topic

Hi everyone, A lot of news has been coming at you. I want nothing more than to rush to your side and offer reassurance, next steps, and a clear vision for the long-term future; but at this time, I am unable to provide these reassurances in the way you’ve come to know here in Office Hours. Here’s what I can safely tell you: Yes, there are changes coming. Those changes are not well-defined. For the foreseeable future, we will be continuing DC Universe with the same irreverent, challenging, and q…

That is good enough for me
And I will stop talking about this.

Hi guys, it looks pretty bad with all the layoffs but I’m praying that DC universe continues.

Editor in Chief Bob Harras is among those who were let go.

I have heard that the company would like to continue what we have here in some capacity. And that is the extent of my knowledge. I will continue to work with those members of the community who have launched independent projects to support the comics library archive.

Just reading this I can see us losing the streaming aspect of this service, but keeping everything else. I personally would be fine with it.

Firstly, this is the first optimistic thing I’ve seen since last night. So thank you. I started my sub here and at MU last year and they have become so integral to my daily routine that the thought of losing either of them hurts more than I care to admit. That said, do you have a source on the fact that current annual subscribers can continue annually? I’m annual and would like to stay that way, but the way I read it is that I would have to change to monthly when my annual renewal comes up in October.

First, one very important lingering topic I would like to resolve from last week- this one is for @ajm08g, @DeSade-acolyte, @Reaganfan78, @MovieAddict, @Mae, @TurokSonOfStone1950, and anyone else that I may have missed: IF YOU CURRENTLY HAVE AN ANNUAL SUBSCRIPTION, YOU WILL BE ABLE TO KEEP AN ANNUAL SUBSCRIPTION MOVING FORWARD. This was something I wasn’t clear on last week. You just have to MAKE SURE you keep your payment information up to date. If your payment lapses, you will be forced into…

Fab! Thank you so much!

Granted, I don’t like hearing the news about the layoffs, of course no one does, it’s really sad in more ways than just one. And while I really really really hope that DCU sticks around, I hope that HBOmax can just be another way to watch the shows (Doom Patrol, Harley Quinn, and so on…) for those that aren’t extremely DC fans but like certain characters/their friend recommended DP to them. BUT… I also think that they should stay here too. Because… y’know… it’s DC Universe… literally in the name… DC OWNS THESE CHARACTERS! Now I’m not going to start a debate over “the comics and shows that should be on here or HBO” I’m not talking about that at all, and I understand why there is a big push for HBO, but I think that there are some people, like me, who don’t want to watch a DC show on another streaming service, when there is already a service that owns the DC licensing. “Why would I watch Titans on HBOmax, if DCU has the original Teen Titans animated show?” can also be a viewpoint to think about too. Why should DCU have certain DC shows and movies, while HBO has certain DC shows and movies, in a one or another situation? Also, I personally don’t like the idea of getting a streaming service JUST to watch a show or two (especially if I can buy it/already have it on DVD, or watch it from DCU in the past), hence why there is already a battle over streaming services (what is taken off/what is being added), and the overall fact that there are people who have quite a bit more service subscriptions than they could/should afford.

THIS IS JUST A POINT OF VIEW, NOT A DEBATE TOPIC​

TL;DR, why does DCU have to not have certain things because HBOmax has it now?

You took a long time and though into this. Well like I have been saying no matter what I will ride it to the end

What is going to happen to DC Universe?

The original content that is on DCU is migrating to HBO Max. Truthfully, that’s the best platform for that content. The amount of content you get, not just DC , but generally from WarnerMedia, is huge and it’s the best value proposition, if I’m allowed to use that marketing term. We feel that is the place for that.

In regards to the community and experience that DCU created, and all the backlist content, something like 20.000 to 25,000 different titles, and the way it connected with fans 24-7, there is always going to be a need for that. So we’re excited to transform it and we’ll have more news on what that will look like. It’s definitely not going away

Not a big shock, and it is what most people hoped for anyway. NOtice at the end he said it is definitely not going away.