Why Does DC Hate Tim Drake?

The new code name is fine I suppose. Sort of defeats the purpose, but whatever. How he got the name made me laugh out loud though. It’s a pathetic explanation and Tim latching onto it the way he did made him seem less brilliant than he has always been written in the past.

Also, in what universe is a drake lethal?

Tim has been a fan favorite for decades now. Why is he so often ignored or mistreated by the publisher? He carried a solo title for 16 years and that’s no easy feat. I can think of no other sidekick in DC who managed that in a solo book. Seems like the dude would get more love from creative teams in comics and on screen.

He’s the only Robin (IMO) that has a backstory that translates to the screen easily. Damian would require hours of Batman movies to properly set up and introduce. Jason (as Robin anyway) would be painfully boring and whiny. Dick has been done, and the whole child acrobat in the circus thing seems like a hard sell to a modern movie/tv audience.

Tim seems so perfect and easy…and again…people love the guy! Why not write him better and give him some (at least animated) movie love? Just a rant as I reread his solo series and remember how much I loved him as a teenager. Poor Tim.

Also, in what universe is a drake lethal?

The problem is that DC editorial is only interested in pushing Damian as Robin (and pushing him HARD). They don’t really care about Tim, but nevertheless feel obligated to find some place for him. The result is poorly thought out and unsatisfying, but they’re too busy cramming Damian down everyone’s throat to care about doing right by nearly any other Bat-family character.

Jason (as Robin anyway) would be painfully boring and whiny.

I suppose I set myself up for that. That’s a strange earth though, right?

“Honey, lets take the kids to the park to feed the geese, but don’t forget the pepper spray in case the ducks show up.”

Look, nobody ever said Earth 3 wasn’t a nightmare.

I don’t disagree with the view you have, and totally agree now that Todd is the street smart Red Hood, but the writers never made Todd (Robin) relatable for me in the way Drake was (I was a suburban kid). I also thought Todd was written as far too sensitive and too knee-jerk when he was Robin (seems tame now compared to Damien). Maybe this was an editorial issue.

Also, Todd doesn’t get fair treatment these days. He’s been written in a fairly inconsistent way over the years. At least to me. Is he a bad guy or an edgy anti-hero? I dunno!

Why does everyone hate Damian? He’s the superior Robin and he’s proved it by taking them all down in one issue. Tim is great and deserves his place. Why does Jason Todd get a lot of love? He’s an ass who breaks Batmans “No Gun” rule.

Yo, have you actually interacted with geese and ducks? They’re freaking terrifying. 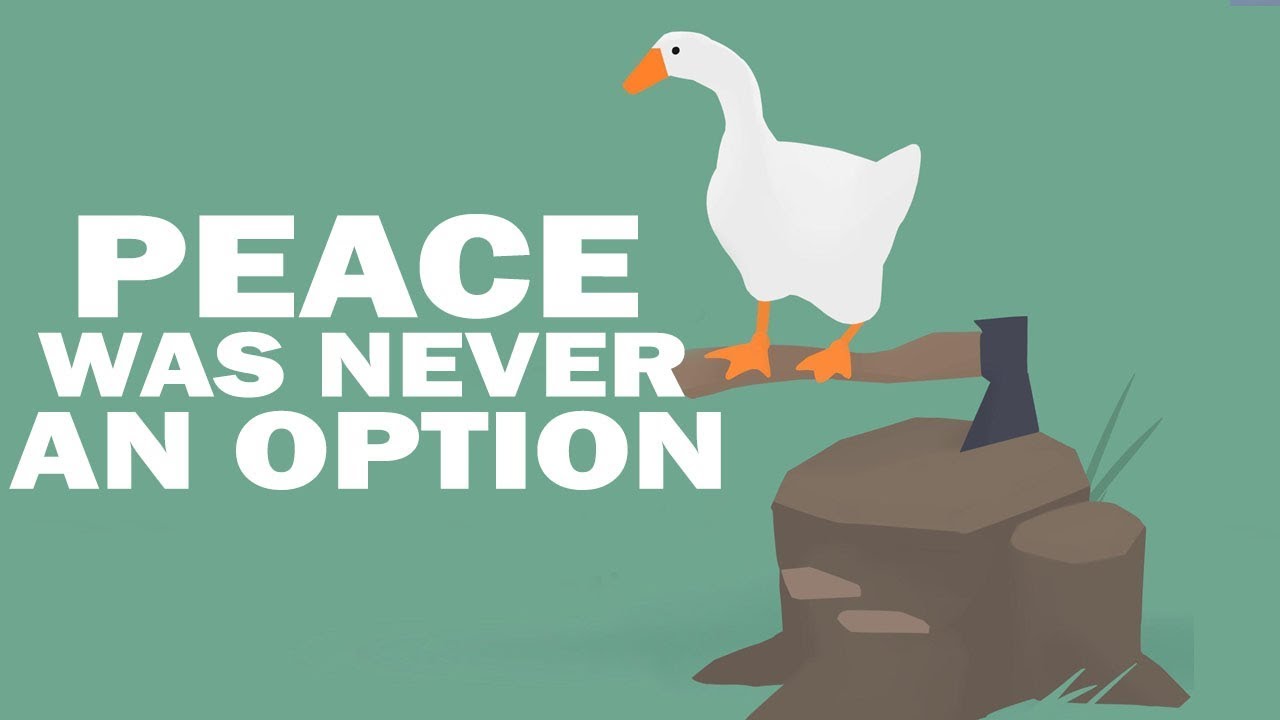 Anyway, on topic. Honestly, Tim Drake has always been my least favorite Robin. There wasn’t enough to hate him, but there was never enough to really make me like him. He was written to be as inoffensive as humanly possible after DC believed fans killed Jason for having too much personality and because of that he could never do anything too interesting.

Oddly enough, the only times I’ve been interested in the character is the stuff that fans of the character apparently hate the most, like his role in New 52 and in Detective Comics Rebirth.

The result is poorly thought out and unsatisfying, but they’re too busy cramming Damian down everyone’s throat to care about doing right by nearly any other Bat-family character.

I completely disagree with that. They have not tried to shove Damian down anyone’s throats since his creation. He may not be liked by some people, but fans like me love him. I think he is awesome. Yet he’s the only one that gets hate for having killed when he was younger. Yet Red Hood gets a pass.

Dick has been done, and the whole child acrobat in the circus thing seems like a hard sell to a modern movie/tv audience.

This doesn’t seem right. Dick is the first Robin. He actually has more skill than the rest of them. Tim does not have the easiest story to translate onto the big screen. His story requires the death of another Robin and for Nightwing to train him. Already being an acrobat gives Dick the edge when it comes to training on and off screen. Realistically he is the best fit for the big screen. But I would rather see him as Nightwing than Robin.

Tim does not have the easiest story to translate onto the big screen.

Nah. I’m thinking differently than all that. I’m saying if you used their existing origin stories (more or less) Tim seems to be the easiest. If you ignored the existence of Dick and Jason (for a film) you could just have Tim be a clever rich kid next door who figures out who Batman really is. Dick would still have all the circus/family backstory. Jason would work easily enough if you ignored Dick I guess, but you’d be ignoring some stuff about his mom and being a street kid to make it as easy as the kid across the street setup Tim would require.

It’s all moot though. Batman is too young @ 32 years old (IMO) in the new casting to have had several past Robins anyway.

Also, I don’t know about Dick having the best skill. They all have something going for them, and any one of them could defeat the other given the right conditions. They’re all tough. I’m not scared of many children, but if Damian Wayne came at me IRL I wouldn’t be able to wear those boxers ever again.

The thing I like about having had multiple Robins over the years is that when people talk about their favorite it seems reflective of strengths we see in ourselves, and that is kinda awesome. I think they all deserve love. To put one on the back burner in favor of the other seems wasteful to four really good characters.

Though…I relate to Damian the least. I dislike the spotlight always being on Damian.

At least he is still around. Connor Hawke was one of my favorite characters when I was growing up and aside from the CW version, he is gone

A lot of people don’t care for Damian, and, frankly, the fact that DC drags the rest of them down in order to prop Damian up is only going to make us dislike him more. For the record, there are also plenty of people who think that bringing Jason back was a mistake, especially since it was fairly clear that they had no consistent, coherent plan for using him

Well, Batman says that Dick was the best one he ever trained. And he is at the right age in this new movie to have a Robin for a sidekick.

I disagree with your disagreement. Damian is, very clearly, being heavily pushed by DC editorial. Heavily. He’s everywhere, to the extent that I can’t help but feel like they’re trying to invoke the mere exposure effect.

-He’s all over the Bat books, and probably with Batman in any guest appearances or crossovers.
-Supersons.
-The New 52 pseudo-reboot de-aged Batman, but kept Dick as Nightwing and skipped to Damian as Robin. Seriously, we’re one or two continuity reboots away from Bruce being Dick’s adopted older brother, and, somehow, Damian will still be Robin, at least while the current guard gets to call the shots.
-Teen Titans Rebirth
-The animated movies (in which he beat Deathstroke!)
-When Robin finally appeared in DC Superhero Girls (the Shea Fontana version) it was Damian.
-Robin appeared in the Harley Quinn animated series. It was Damian.
-In Injustice, it’s once again Damian who gets the most attention.
Damian is being heavily pushed as THE Robin, and many other characters, but especially Tim, are clearly suffering for it. That DC is only really interested in pushing Damian is, to my mind, the clear answer to the question posed in this thread.

Unfortunately, Damian’s evolved into what Tv Tropes would call a “base-breaker,” meaning that the fanbase is sharply divided between people who love him and people who hate him. But even if you love Damian, it should be clear that DC is giving him a gargantuan push, and that other characters are the worse off for it.

This is what I would’ve said if I was smarter!

He’s all over the Bat books, and probably with Batman in any guest appearances or crossovers.
-Supersons.
-The New 52 pseudo-reboot de-aged Batman, but kept Dick as Nightwing and skipped to Damian as Robin. Seriously, we’re one or two continuity reboots away from Bruce being Dick’s adopted older brother, and, somehow, Damian will still be Robin, at least while the current guard gets to call the shots.
-Teen Titans Rebirth

Alright, I’m going to dissect this. Admittedly, Damian’s introduction portrayed him as a jerk. But most people forget about the rest of his story or ignore it completely. He has had some serious character growth since becoming Robin.

Damian has become a great hero since his original introduction. I enjoy him. As do many other people. He’s cool.