Why DO You Love Batman?

Yes it was very natural to ask why do you love Batman ? What makes Batman your favorite superhero?

I love Batman because the character is so versatile and ripe for reinvention. He’s my favorite superhero because the quality of his stories is more consistent than Superman’s.

Batman is DC’s best Superhero because he has a great origin story, the best costume/appearance, the best supporting cast, and maybe most important he has the best rogues gallery.

He wasn’t born with powers or gifted them in some accident. He had to work to become what he is. He has true determination. Yes, he has money but that only gets you so far. Superman is great and everyone looks to him for hope for sure but when there is a problem to solve everyone looks to Batman for the answer.

My history with Batman mirrors my history with Superman. I actually started writing that story, but decided to spare everyone valuable time reading about my childhood and early adulthood.

Why do I like Batman? A master tactician who’s usually more than a step ahead of his foes. A champion for justice who protects the innocent when others can’t, usually against insurmountable odds. A hero that trained and learned and honed his skills to be at absolute human peak, physically and mentally. Someone that, by choice, gives up a lifetime of absolute luxury and decadence, to at least try to make the world a safer, better place. He’s tenacious, he doesn’t give up, and he’s badass. The character is versatile. He has almost as many looks as there are stories about him. And those stories range from fun and campy (still don’t fully understand the meaning of that word) to serious and dark. To most folks he is DC. To me, he is one of three pillars that hold it up.

@moro that’s awesome and how have you been. I’m trying to make post that people are going to enjoy and participate in.

Eh… doing ok, thanks for asking. Enjoying your “Why do you love…” topics

Good I have some off the wall characters coming soon.

Batman believes in redemption and believes things can become better, even if fighting against the idea of crime is impossible. No matter how bad or morally corrupt someone is, he is there to help them and others to fight those who do injustice and try and help them. He is the hope that we can become better and serve justice to those who have been wronged so that what happened to him will never happen again or to another human being. Everyone is not beyond saving, and even those who kill and do injustice can be bettered and helped so that hopefully, one day, the idea of Batman will become irrelevant. I believe in Batman. 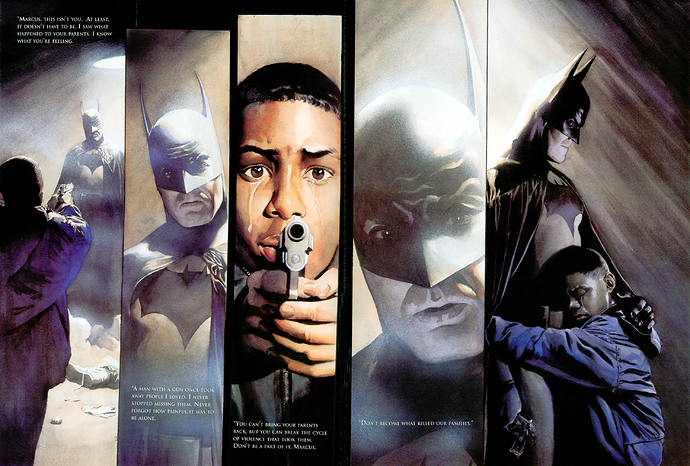 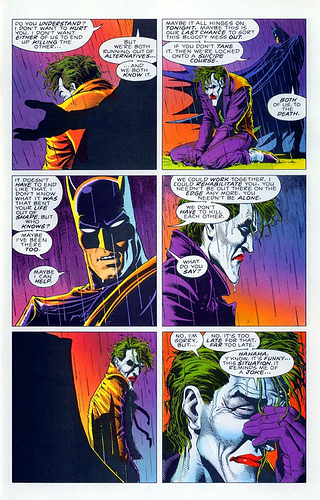 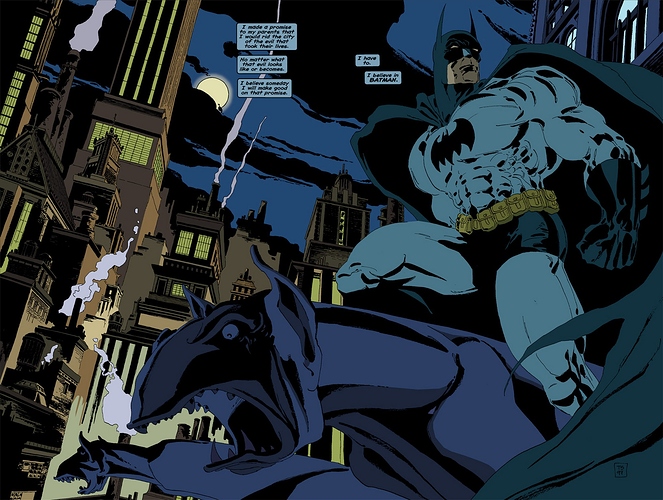 The only thing I like about Batman is that without him I wouldn’t have my favorite character ever!