Why do we love Young Justice?

Why do you love young justice and how did you find it?

Young Justice is a must for me and something I absolutely adore. They really can’t end it at 26. I’ll pay an extra 10$ a month if they continue for a season 4.

Young Justice was on when I was little so I didn’t really watch because I thought it was a show for older kids it was years after it’s cancellation that I saw it on Netflix I started watching and became invested however it was taken off before I could finish season 1 when I heard that it would be on this service and I knew I needed to buy it.

Because they get it.

Greg Weisman, Brandon Vietti, Phil Bourassa, the whole team - they all get what makes a good character, a good plot, a good adaptation, a good show. They plan things out meticulously (heck, I wouldn’t be surprised if there are things in the current season that won’t be addressed until the hypothetical season seven!) They understand when to give us what we want, and they understand when to break our hearts. They drill deep into these characters, revealing facets we’ve never seen in eighty-some years of history.

Bottom line: they love the DC Universe, and they want to share that joy with us as they play with ALL the toys.

I do agree with Super-Squirrel, but with a caveat (and this is going to sound negative, so I just want to stress that it’s a testament to how good this show is that I have this many hairs to split). Yes, the fact that they get it is the show’s most important strength, but it may be its greatest weakness as well. With this new season in particular, it becomes particularly apparent that they want to do everything with it. They can barely focus on the apparent main cast for any significant length of time, and there are about a million new characters who are all very interesting for all five of the minutes of screentime they get. In prior seasons, they kind of kept it under control, so that there were a lot of characters, but you could keep track of who was on which one and get to know most of them. A few of the people on the Team in Season 2 were a tad underdeveloped (Robin, Lagoon Boy, Wonder Girl, etc.), but they were just somewhat less prominent characters.

Here, though? Yeah, it’s awesome to see Lady Shiva. Sure, Guy Gardner is hilarious. OK, Static’s been getting some great lines. Fine, it’s nice they worked Cyborg in. Alright, using Terra is not a terrible idea. But they just keep shifting focus to more and more characters and I find that I care less and less as they do so. Did we really need another team? Like, I appreciate the kid-in-a-candy-shop excitement to use all of this stuff, but they either need more shows to support all this creative energy, or an editor to rein them in on this one.

This is why Season 1 was the best one. They had a very well-defined main cast and made sure you cared about all of them. They used a diverse array of ideas from around the DCU, but there was a clear, common perspective for them across the entire season.

Sorry to be the Debby Downer here. Didn’t mean to ramble this long, but like I said, having a lot to say about something is generally a good thing.

Actually, I agree with your assessment. Just because I adore this show, it doesn’t mean that I don’t see the issues. Love involves seeing past the flaws.

Season Two also suffered from a critical mass of characters, though the production team only got 20 episodes to fill them all out. I’d like to believe that with those six ‘back end’ episodes, characters like Tim, Barbara and Cassie might have had a little more time to shine. I’d have liked more Mal and Karen too (where have they gone?) Heck, because of the time skip, I never even felt like I had enough time with Zatanna or Rocket from Season One! We might have had a little more time with The Light and their allies as well.

But in the end, you work with what you have. Does Season Three feel crowded? Yes. But that may be because of what many creators are forced to do these days when they’re not sure they’re going to get another season/book/movie/whatever: they cram as much as they can into what they have. (There was a big discussion in the comic community just in the last week or two about that - spurred by a tweet from a certain Marvelous competitor)

To my eye, Young Justice plays this game of Tetris better than anybody - they get more story/setup/character/plot into every 22-minute episode than any other property I’ve ever watched. Yes, they cram, but it’s cramming that is rewarded in subsequent viewings and spurred by love of the wide universe and its depth of characters. So much is planted, so much is payed off.

And that’s why I love it.

(Season One is also my favorite, for many of the reasons you mentioned - but also because it had the most Wally.)

Because it has Electrolytes and thats what superheros need 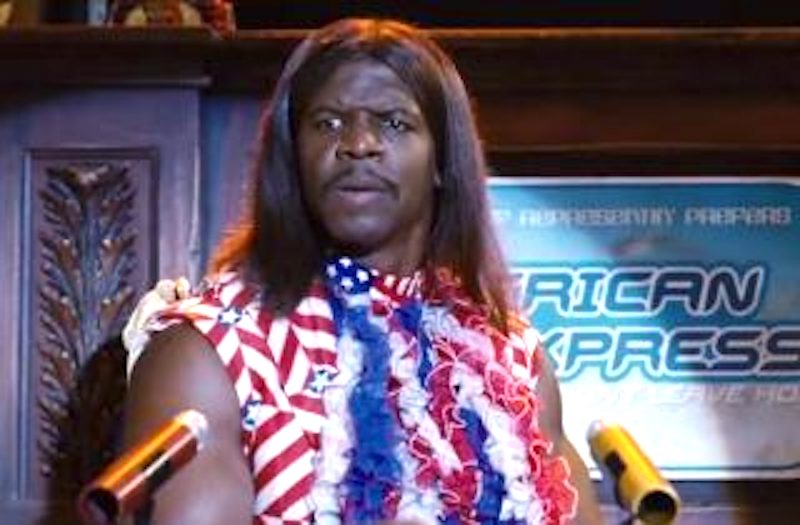 Young Justice is one of those shows that has total mastery of character development, the TV format, and Chekhov’s Gun. It’s also a fun superhero story. I love it. So much.

Because they best represent the dc universe and have good characters

I love the variety of characters, myself. Everyone has a unique design, personality, voice, and motivation that feels organic to just them. Some animated shows skip over how important it is to develop and understand characters at that kind of level.

I prefer the first half of the season to the second. I prefer Nightwing to Beast Boy, and I wish they hadn’t gotten rid of him. They also kept Halo and Brion for the second half of the season, and those were my two least favorite characters in the first half. I know that Tara is supposed to be a traitor, but she is also incredibly boring. She doesn’t say anything, but just texts Deathstroke every once in a while.I also hope the don’t start a romance between Will and Artemis because that would be really weird.

@Super-Squirrel & @BatJamags I really love this show but I think all y’all hit the nail on the head. As great as it is it gets a little convoluted with everything they try to cram in it and the character development gets lost and I get lost in the plot.
And @Kent - definitely with you on the no shipping Will and Artemis.

The first season was definitely my favorite. I was just starting middle school when it came out. Watching our original six deal with teenager problems then helped me deal with some of my own. Now, the teenage characters feel like mini adults. They aren’t given enough time to organically move through their character arcs so they approach their problems in a very adult way to save time. I think this problem could be fixed if they extended the time of the episodes—from 22 minutes to half an hour maybe?

I’m waiting for the last 3 episode drop tomorrow. I was concerned at the end of the first half of S3 but they have been notching up the intrigue since the second half.

And now that we know there will be a season 4, I wonder how the ramifications will fall out.

The ending of Season 3 left me a bit underwhelmed. It wasn’t terrible, them discrediting Luthor was a nice touch. But I was hoping for a little bit more you know?

The first of the three episodes was the strongest.

Everything got resolved. Everything including Season 2 leftovers.

Gar Victor Tara Blue Beetle Kid Flash Wonder Girl Superboy together. Looks like a Teen Titans group to me. With Halo as a sorta Raven but less spooky even though she is a dead girl. Just missing a Robin but Gar fills the leadership role Robin usually takes.

Sorry but they killed this show. Season three was an absolute disjointed mess from beginning to end.

I haven’t really been watching that much, I kind of fell out of love with it. Not that I wasn’t interested, it’s just that it kind of took a turn I wasn’t really into. Not going to elaborate, for personal reasons, but I hope y’all enjoy it.

Season 3 is a setback in my opinion. I stopped watching almost halfway in. I’m sure I’ll give the rest of the season a shot at some point, but if it can’t keep me interested thus far it’s already sub par, and i’m not liking what I’m reading/hearing about what happens in the rest of the season.