Why do the DC Animated films ignore Tim Drake?

Dick Grayson and Jason Todd got animated features featuring them and even Damien Wayne is in the film. So does Tim Drake not exist in the Animated film universe ? Tim Drake is considered one of the gan favorites and a great replacement after everyone hated Jasson Todd…Admit it the Red Hood is the only reason people like his character… We got a generic Tim Drak story in the animated series but lets face it…He was like Jason Todd 2.0 even their stories were slighlty similar. Looking back Batman Beyond Return of the Joker didn’t do anything but kind of disrespect his legacy.

Young Justice he was the founding member…He found out Batman and Nightwings identity and even Ras Al Ghul considers his an equal or better detective than Batman.

So why no love DC animated film peoples?

When will we get that origin story?

Does Tim Drake even exist on the same universe as the films like Son of Batman, Death or Superman, Teen Titans vs. Justice League? They all feel connected…

But you keep us in the dark.

Here is what I would do…Bring on Tim Drake explain him as a sidekick of mystery much like he was in Young Justice when he wouldn’t tell the team his identity.

We have Superboy in the DC Animated Film Universe…Maybe it is time for an Animated version of Young Justice…with Tim Drake, Bart Allen, Cissie, Superboy…Hell even Secret… 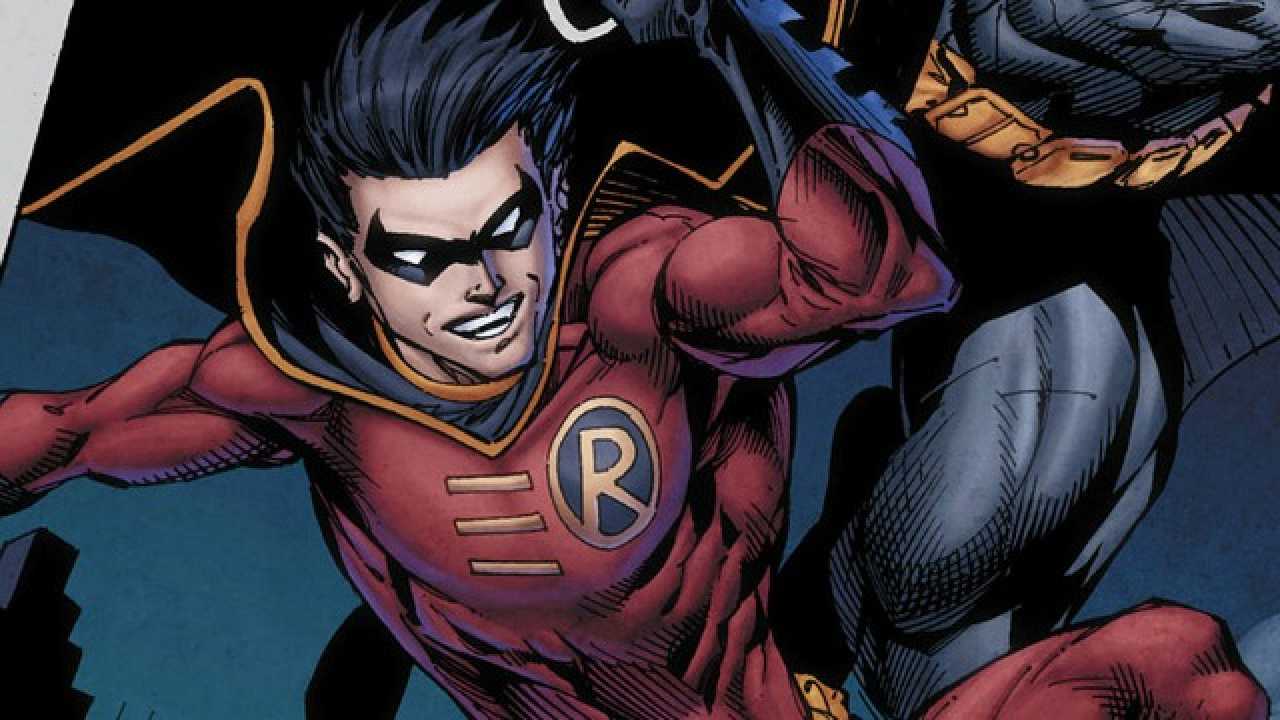 @comicbookjerk This is the least jerky thing anyone has said today. You are doing the Lord’s work here.

Feel the same way. Tim drake is my favorite robin

I believe that thr Animated films could throw Tim in there somewhere…Maybe he has been acting as Red Robin in secret?

But we totally need Tim to make an appearen ce or at least be mentioned.

We need that in a film…

Completely agree! I would love to see Tim in some animated films

Hey guys. I run a podcast called The Podcast from Earth-2. If you have a Twitter follow me there. Its plenty of more info to be seen and told. @PFE2_
ITS A DC FAN BASED PODCAST. EVER HEARD OF WEIRD SCIENCE DC PODCAST? TRYING TO BE LIKE THEM.

Agree. Did Identity Crisis ruin it? When it comes to Stephanie Brown/Spoiler? He’s the Robin. Idk though.

I love her character. Stephanie Brown is a good one.

His Teen Titans got killed too. That was messed up.

Yeah it’s ridiculous. Maybe the popularity of Bendis’ Young Justice will entice them to do something with the original Young Justice crew. They already have 90’s era Superboy in the animated movie universe, so maybe there’s hope.

They should Bring Bart Allen to the animated movies too that be great to see an Animated film version of Young Justice! Bart needs some screen time fore sure!

He doesn’t have a strong enough identity to carry one. Dick is charismatic - generations have grown up with him and he’s one of the most well-liked super heroes ever. Jason is brash and violent - he was forever changed by his torture and we get to see the consequences of Batman’s refusal to kill. Tim is… smart? Okay, so is everyone else. Even though he’s smarter than him, he’s not Batman or Lex Luthor smart. He’s just kind of there. He’s smart and precocious, but so are other side-kick characters. When every one is smart, having someone who is a bit smarter than everyone presents a minute difference.

Becoming Red Robin also doesn’t distance himself from Batman enough. When Dick became the leader of the Teen Titans, it was because he broke off from Batman. His adopting the Nightwing persona furthered that - he chose a name from a story that Superman told him and an outfit that differed from the Batfamily. When Jason became the Red Hood, he adopted the guise because of the two most influential people that affected his life - Batman and the Joker. He was also the ideological antithesis of Batman, further distancing himself from him. But Tim? When he joined the Titans, it advertised as Robin being back on the Teen Titans. But the Robins are different people so it is not the same, so he was just not-Dick. Tim doesn’t have anything of his own. Even Red Robin was searching for Batman.

For someone who grew up with a stable family, Tim Drake’s is very tied up with Batman even before his parent died. Dick and Jason were orphans and neglected respectively, so it makes sense why Bruce is a father figure to them. Tim actually had parents, so he should not have had a relationship that required him to be so emotionally dependent on Batman. And this is the key issue with the Batfamily: because of how Batman is portrayed as the all-knowing, all-powerful patriarch, no other character can develop as healthy adults when they are in his realm. Dick and Jason have somewhat escaped that with the Titans, Bludhaven, and the Outlaws, but Tim can never do that since he doesn’t have something of his own.

Tim Drake. The middle child of the Robins. He’s simply…there. True, Tim doesn’t have a “thing”: the sexy charisma of Dick, the antihero edge of Jason, or the lethal juvenile delinquency of Damian. Tim is just…Tim. But I like my Robin stable. No drama. He is like Batman but at least Tim would actually talk to you. He may ditch you midway and be all secretive about why, but he would be very polite about it.

I have to disagree with previous statements. Tins dynamic of Robin is different sure. He had parents and he was smart enough to uncover Bruce, Jason and Dicks identity. That in iself makes him a unique character. He only really became dependent on Bruce when he lost his real Dad and then Bruce vanished. He felt like he was the reason all those things were happening. Unlike previous Robins Tim proved you didn’t have to lose your family to work with Batman that anyone could be a Robin but it took brains. Tim also had more to prove as he didn’t have that trama or baggage the others did and really maintained his secret identity pergaps better than any of the superheros and that is where there was more conflict. The urge to want to be honest with your friends, your girlfriend and your family. That was Tim’s struggle. But also being able to take down Ras Al Ghuls empire because he was different, he had friends and wasn’t in the shadows of the Bat like Nightwing and the other Robins. A whole movie telling his year one story alone would be amazing and give an explanation of why you don’t see him in the animated movies just for the simple fact he is the most secretive side kick there is and is a natural leader qho makes up his weaknesses with his true detective side. In many ways I think he could be smarter than Batman to the point of insanity look at his future self who is basically the badguy. So I can’t agree that he is just there his character is more dynamic than that and we deserve that representation in the animated films as well, he deserve the spot and some of the spotlight.

The character has just been plain disrespected by the other universes. I grew up with the Tim Drake Robin. So I do have a soft spot for him, but he has proven himself time and again. Ra’s Al Ghul referred to Tim Drake as “Detective” 'Nuff said.