Who's your fantasy cast for a future DC movie or series?

Me as The Flash and my son as Kid Flash.

Gareth Evans directs Lewis Tan as Grifter, Summer Glau as Zealot, Peter Dinklage as Jacob Marlow in a pre wildcat movie. Maybe get Michael b. Jordan as villain to be named later.

Jake Gyllenhaal as Godspeed, Leo Dicaprio as Captain Cold, Karl Urban as Batman, Willam Dafoe as The Joker, Bryan Cranston as Mr.Freeze, Andy Serkis as Darkseid, and Robert England as Scarecrow(If you’ve played Injustice 2 you know why this is a great casting choice).

Andy Serkis as Etrigan (Darkseid is cool too), and Richard Armitage as Hawkman, Armmie Hammer as Hal Jordan, Ian McKellen as Kent Nelson (Not Dr. Fate), and Alexander Ludwig as Guy Gardner.

Bella Thorne as Frieda Goren in a Static show or movie

Definetly the titans, their grown counterparts. Nightwing, arsenal, tempest, troia, all of them really. I think the titans a re a far better team that the JL and all the members are way more powerful than their mentors

I just want a properly written Constatine series with Matt Ryan again. No one, in my opinion, is a better John Constantine

james franco for booster gold. for real though i think he would be perfect for early fame seeking booster

What about Garrett Hedlund as GA? 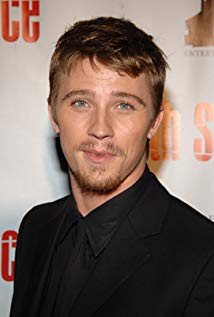 Miz from WWE as Booster Gold

Chloe Grace Moretz as Spoiler would be badass (like Kick Ass, but better).

Madelaine Petsch would be perfect as Batgirl.

Morgan Freeman as the monitor, Patrick Stewart as the anti monitor,

I have no idea for most things but Mads Mikkelsen NEEDS TO BE MR. FREEZE