Who's the better ship: Batgirl or Starfire?

Okay, the title really says it all. Who is the best Nightwing ship: Batgirl (Barbara Gordon) or Starfire?
Ig I’ll start I vote Starfire!
Dick and Babs have known each other since they were kids and it’s never really worked out for one reason or another. I see them as the high school sweethearts, first love type whereas it worked out with Starfire on many occasions. They even had a kid at one point! I see Dick settling down with Starfire!
Who gets your vote? Why? Let’s debate!

I personally don’t see Dick with either of them in the long term. Dick’s the kind of guy who will never settle down.

But between the two of them, I think Barbara is more likely to outgrow Dick, while Starfire has the best chance of keeping up with his rolling stone.

Babs outgrowing Dick, that’s an interesting way to see it. And I agree.

I have always thought Babs on the other hand, beneath her calm, “oh so put together and on top of things” exterior is a kinkster yearning to get out. There was a story (I can’t remember now which one) where Babs & Bats ended up…shall we say, In flagrante delicto. It was on a rooftop. Clearly she has at minimum an exhibitionist bent. She wants to appear “vanilla”, but at her core she is not. That is long term not a good match for both Babs and Dick.

So Nightwing best with Starfire, which leaves Batgirl available for…say…me. I’m sure I have some “batcuffs” she’d be interested in.

Babs moved on to Batman, slept with the Bat and still in love with Batman as Oracle if the Arkham games are anything to go by.

Starfire seems like she has alot of exploring to do in relationships so I don’t think she truly knows how to settle down or at least I think not. She would be the type to say yes to an engagement but leave the guy standing at the alter. I can see it, can you see it? DO YOU SEE IT?

Nightwing and Harley had a thing after Joker was put away and she started a life anew so I’m going with Harley for long term. They are true opposites after all and he is basically an opposite to Joker as well.

As damaged as Harley is, Ric Grayson always did love a woman in distress and he did like fixing things like his bike so a girl is no different. Harley can be the one.

This furry squirrel is going on a date with Jessica Cruz. Catch all ya nuts later!!!

Do not tell me I’m wrong 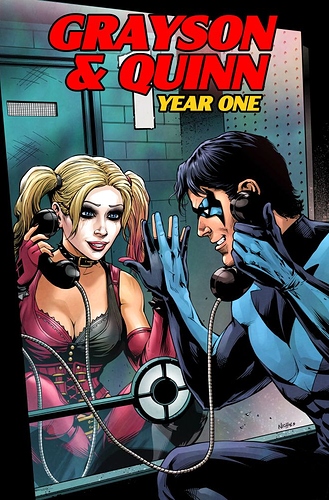 Did we play the same Arkham games? Barbara ends up with Tim Drake in those…

Also: any relationship between Bruce and Barbara generally occurs in Bruce Timm directed media, as his own pet ship. It’s never been a part of the mainline comics themselves.

Seems I was VERY right after all…

Nightwing and Harley do get married. Hmmm… 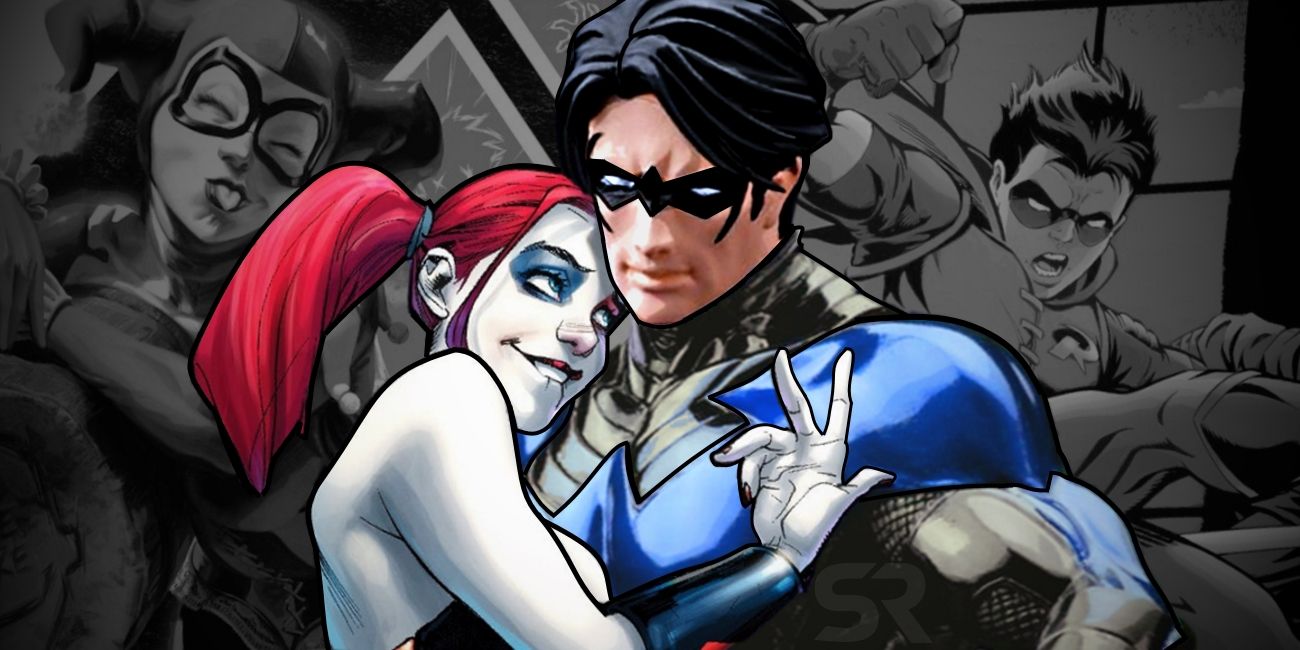 Harley Quinn's love affair and marriage to Nightwing can finally be confirmed.

That’s what I call an arc

And it does make perfect sense. 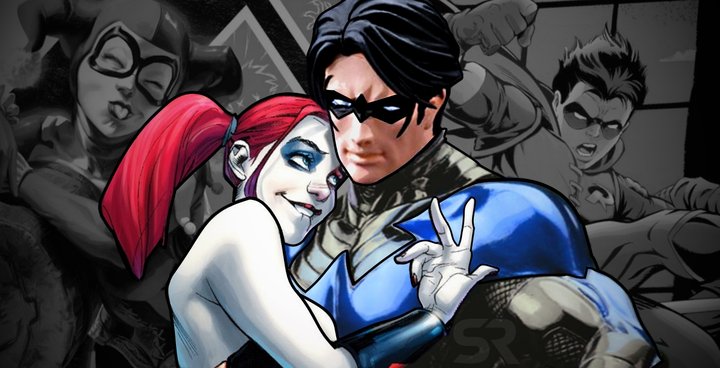 Harley and Ivy together forever <3

Cannut wait for the Harley show!!

Dick manages to marry both Babs and Kory in the Convergence series.

The multiverse is just too vast sometimes!

@HubCityQuestion
I will defer to your breadth of knowledge. (If I recall correctly, Timm expressed it in Killing Joke.?.? Possibly to try and “up” Batman’s emotional stakes in what happens to Barbara, having finally let her in to a deeper and more intimate part of Bruce’s emotional life.)

However, I’ll still stand by my claim, even taking a Babs/Bats “interaction” out of the equation, I think Babs is still, somewhere deep inside, a “non-vanilla” lady.

I also think DC comics and DCEU films continuity (accepting that they are often separate continuities, as is Arrowverse) have steered the ship towards less risky waters in terms of sexuality.

The implications of Harley’s age has had consequences. They have dealt with it by “young’ing” down the Joker in particular. When HQ first appeared in BTAS the implication was, and had usually been, the Joker was at least as old as the Batman. In some cases well older. 7-10 years at least when there were hints that maybe the Joker was the trigger man in crime alley. BTAS got around this by never showing much in the way of a sexual dynamic between HQ & J. (It was afternoon kids programming after all.)

A 35 year old guy with a 25 year old female in a medium able to explore at least some areas of sexual dynamics, the public at large might cough at but stomach. When you have a Batman at around 33-35, a 23 year old HQ with a 41 year old Joker would might have proved to squeamish/creepy a proposition. I can also see why the non-Timm continuities have stayed away from a Bruce/Babs hook-up. I think many people look at Robin, even Dick Grayson, as mostly a father/son dynamic with the Bat. As such, and because Dick and Barbara were roughly the same age, I think a majority of fans might perceive the Batman/Batgirl relationship as more father/daughter dynamic as well, rather than colleagues dynamic. And that is waaaaay not a place DC wants to go to.

If nobody else is going to do it, I might as well mention that when she was first introduced, Batgirl was much older than Robin. Too old to be a romantic match for him, and too young to be a romantic match for Batman — shrewdly allowing her to be her own character independent of romantic entanglements. Later versions of continuity would continue to “de-age” Babs until she was apparently younger than Dick. I personally believe this was a mistake.

One more thing: if you really need a femme Bat character to play the role of the kinky fetishist, I mean… we already have Catwoman.

Pre Batman the animated series, Barbara Gordon was roughly 25 to Dick Grayson’s 19. BTAS .made them the same age-- and somehow this got translated to the page .

Barbra is the one