Alone, with a Dictator just disable the security precautions and your alone with Batman.

As Bruce Wayne, he’d never get the chance at being alone with a dictator. And even if he did, whats he going to do that he could explain…? He can’t KO him. Can’t threaten him, as that could easily lead to war.

Ok but what if you had Dick dressed as Batman Bruce is “helpless and gives evidence so shocking so damning the dictator has no choice but to step down and face justice. Although, he is a dictator and some how some weird twist of fate as he is trying to escape he is in a plane that has the Red Hood on it and as we say there is very little evidence to explain why the plane exploded in mid air. President Bruce Wayne tells the world of the crimes committed by the dictator and helps bring democracy to the war torn country. After all is said and done he has words with Jason Todd giving him one last chance of redemption.

Two errors there- no amount of evidence they’re doing wrong would sway a dictator- they openly commit crimes in front of the world. It’s like this classic STAS Darkseid scene- 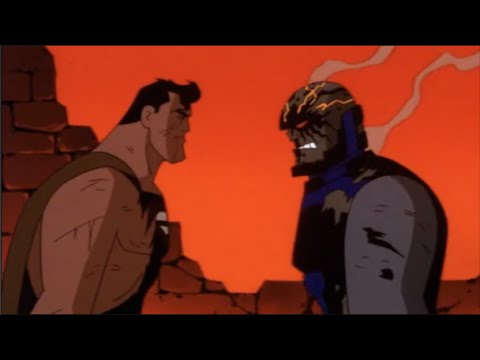 And Bruce would never knowingly be an accomplice to Red Hood doing that, even if it was to someone who had it coming.

My go to choice would be Barbra Gordon, as she was a us senator I belive, though I would also Vote for Prez(if he counts which he really doesn’t), some of the JSA(like Michael Holt or Alan Scott), Lois Lane(modern day), and some versions of John stewart. I would also vote for Dick Grayson and Ted Kord. I would put WW in charge of the UN or a version of it, and MM incharge of the Justice League. If I was less liberal minded and loved democracy less, then I would Totally vote for the smartest man in the world.

Alfred Pennyworth. Imagine how peaceful the country would be? Plus if there were conflict, we can count on Batman to give him advice. Obviously he doesn’t have the right political experience, so this is kind of just a fantasy.

Who stands for the American Way?! 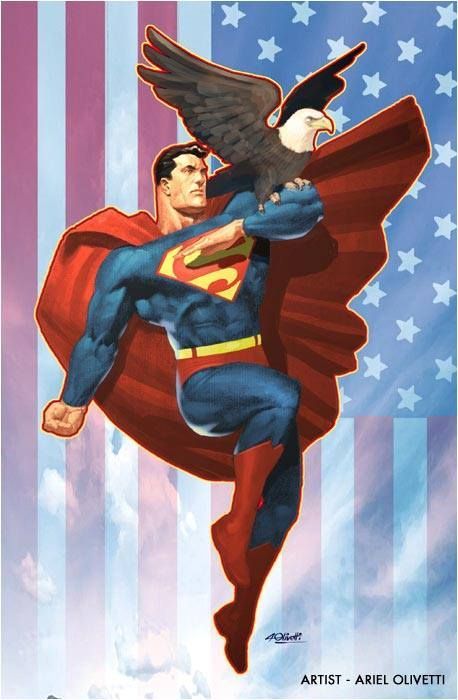 @Behemoth I agree with you 100 percent only question would we tell the world his secret identity while being president.

Dent didn’t become “Two Face” because he was burnt alive, that was more of a literal transformation into what he was already known as. He got the nickname because he was two faced, he’d say one thing and do another. He would be a terrible choice… At least Lex is open about his hatred and general diabolical-ness…

Barry Allen, would be my pick at the end of the day, no questions asked.

Superman post crisis, Byrne origin, where Clark is born in Kansas when the birthing matrix was opened, there by granting him citizenship due to his birth.

I think Lois Lane would be great! She is all about honestly, American freedoms and openness. But as the wife of Superman, she understands the big picture, and when to keep a secret. She is educated, and understands people, foreign affairs, politics, economy, so on.

I would say Batman would be horrible. Bruce is a control freak who likes to live in the shadows and behind lies. It works for Batman but not for a country. Not to mention, while he understands crime and business, he is out of touch with the American people. He only really knows Gotham. He is a behind the scenes guy in his niche area, and that’s where he succeeds and can help people.

Anarky is the only DC character I trust to give us a government that’s truly of the people, by the people, and for the people. But there’s no way he’d win, so realistically I’d vote for Oliver Queen. I will also vote, no other questions asked, for anyone who promises to put Poison Ivy in charge of the EPA.

My first choice is Mr. Terrific and Batman is my second choice.

) and welcome to the community!!