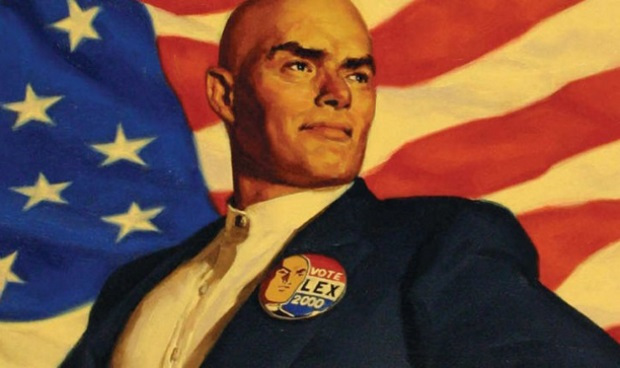 I’d say the only rules would be no aliens (Superman is out) and no one born outside the United States (no Wonder Woman).

Hawkman! Dude’s got more experience running a country that most. He was an Egyptian Prince after all. So what if he got murdered, then we would get Vice President Ray Palmer as our new president!

Is Hawkman from another country/planet though? I wonder how reincarnation effects citizenship.

I vote for Prez. I don’t even care which one. 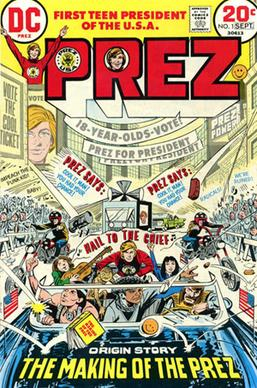 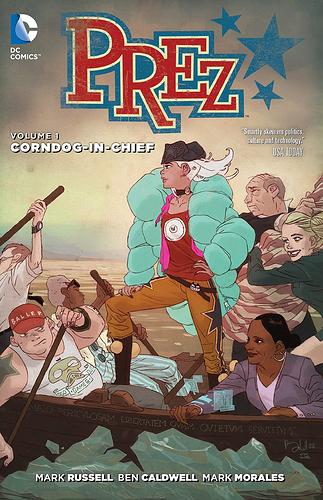 Is Hawkman from another country/planet though? I wonder how reincarnation effects citizenship.

In his past lives yes, but unless I’m mistaken- in his current life, he’s an American citizen.

Barbara Gordon might not be old enough but I trust her

Batman, because I know that if any other country ever tried to mess with us, he’d have an awesome contingency plan to take them down hard.

I would pick Harvey Dent. Just hear me out, had he not become Two-Face, his political career would have really taken off, Maybe after being District Attorney, he would’ve been either a Senator or Governor, then finally a President. As President, President Dent would fight crime and protect the American people, he would be a great President.

My first choice was going to be Saint Walker, until I saw the no-aliens rule. So I’d probably go with John Stewart. I think he’s made a good leader, and he’s got military, architecture and engineering experience, which I think would all come in useful.

Black Lightning. He values education, building communities, and understands the plight of systemically oppressed minorities in this country. I think he could do a lot for us.

You know who would be simultaneously a fantastic and terrible President? Martian Manhunter. Being able to read minds and take the shape of anyone you would be very useful skills to have in that position.

I think I would’ve fun with him and ask him to shape himself as every Presidents we have and I can truthfully say I got to hang out with this President!

How cool would that be?!

As President, President Dent would fight crime and protect the American people, he would be a great President.

He would be great… 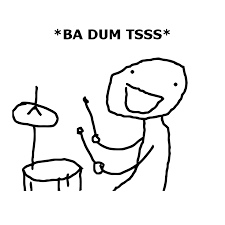 Mr. Terrific, Michael Holt, would get my vote and Amanda Waller for vice president

The Riddler, preferably during the time he was a detective. He makes riddles for the world’s greatest detective, so he’d be pretty good at analyzing options.

As @joelc73 said, Batman. With Mr. Fox as his vice president, and Selina as the first Lady.

I want to have a little fun ! So lets talk about which Superhero would make the best president of the USA? I have to say I believe Superman would make a great president but I must be brutally honest here Bruce Wayne aka Batman would be the GOAT ( greatest of all time) of Presidents. This is just my thoughts tell me who has your vote ! I think the Flash would be an interesting President.

@TheTerribleToyman ok Bruce Wayne would make a great president because he can play the part just so happens he is Batman at the same time. Alone, with a Dictator just disable the security precautions and your alone with Batman. Who is going to say Batman is the president of the United States.