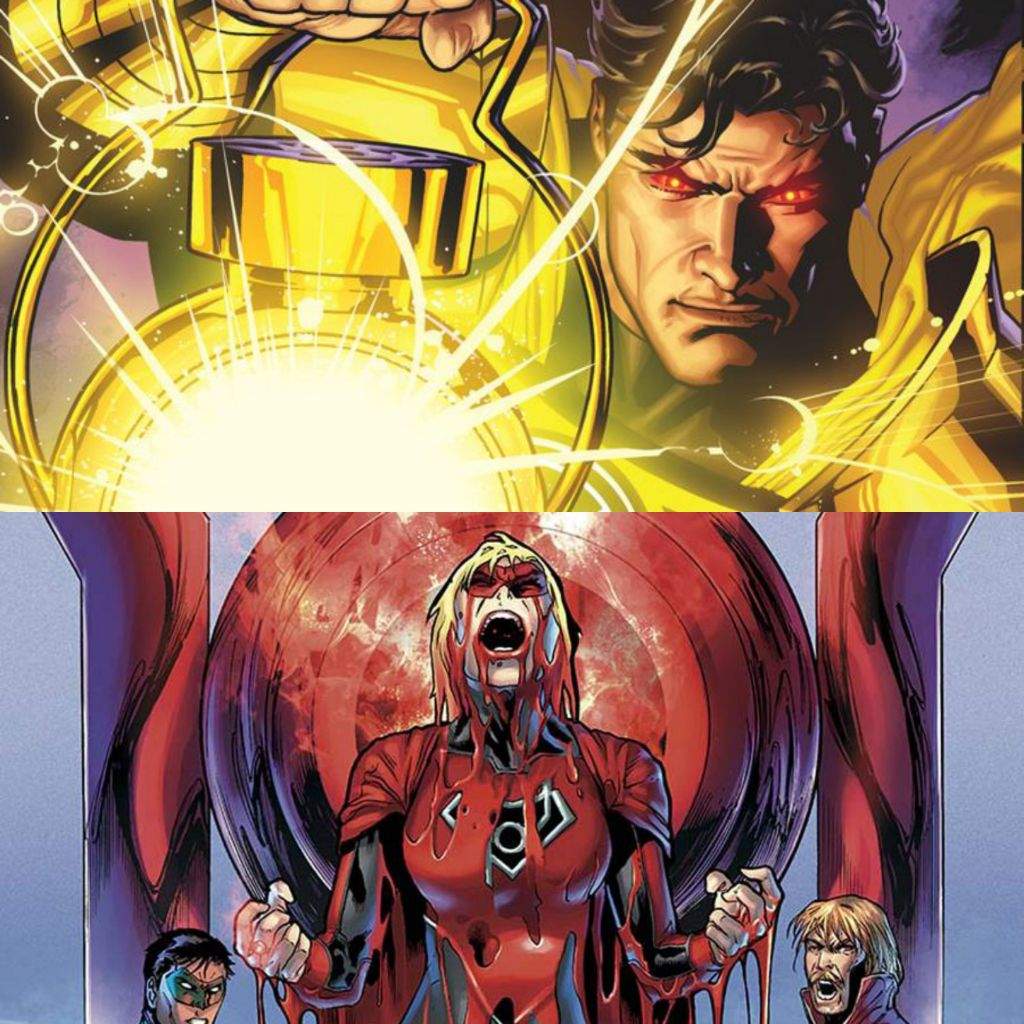 Clark. He could control the Parallax entity. Much more mastery over his power.

Well, the Kryptonians’ powers are similar enough that this essentially becomes about the interaction of the rings. If I recall correctly, Red rings can fry Yellow constructs, but Sinestros are more capable of thinking strategically compared to the Reds’ berserker habits. I’m calling it 60/40 odds in Superman’s favor.

I’m not a lantern specialist but I guess it would come down to whether Supergirl’s rage is larger than Superman’s fear or the other way around.

Maybe one could draw a parallell to the Spectre in COIE where his power becomes just about unlimited because he is vengeamt for a whole universe.

Red Lantern Kara is angry about the loss of her whole world and a whole lot of other bad things that happened. That ranks pretty high on the rage-o-meter.

On the other hand, you could claim that Superman is fearing for the whole university.

But then it comes down to believability. Do I believe that red lantern Kara was so angry over the loss of her world? The answer is yes. They made new 52 Kara that way, from the moment she landed. If we had been looking at the Silver Age Kara ? Not a chance! Silver Age Kara would have been an absolutely worthless red lantern. The ring wouldn’t have found her if she was the last person in the universe. If memory serves me right, the corps even called New 52 Kara with the ring a possible world ending event if they couldn’t get her under control.

I give the edge to Red Kara. With other versions using the ring it would be different.