Who Would Win? Wonder Woman vs. The Ultra-Humanite

This week’s contestants in our hypothetical fight are among the oldest and most powerful DC characters-Wonder Woman and the Ultra-Humanite!

Wonder Woman is an Amazonian from the island of Themyscira. She is an extremely formidable fighter and has the powers of flight, strength, speed, near-invulnerability, healing, and is essentially immortal.

The Ultra-Humanite begin his career as a criminal genius and was actually Superman’s first foe. His super-brain proved to be too much for his un-super human body, so he regularly transferred his brain from one body to another, eventually settling on the body of an albino mutant gorilla from Gorilla City. In addition to his enhanced intellect, his powers include telepathy, telekinesis, superhuman strength and durability, and the ability to control gorillas.

Given that Wonder Woman is on a mission of peace, and the Ultra-Humanite’s stated goal is “DOMINATION OF THE WORLD!!”, these two characters are natural enemies. Tell us who you think would win and why, below! 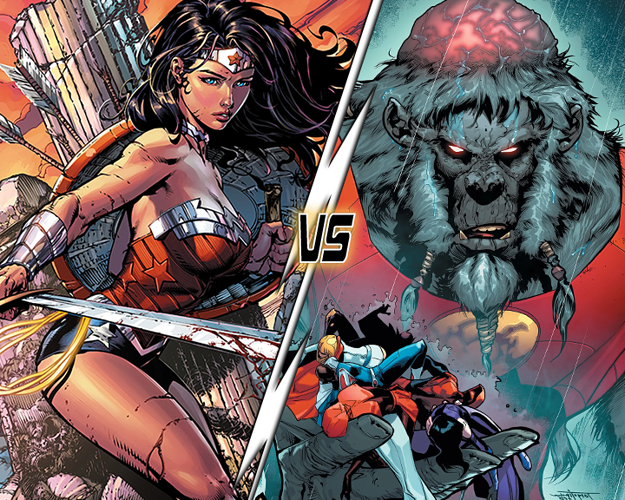 That is always an excellent argument!

I think this is the easiest one yet

Oh, a telepath? We all know what Wonder Woman does with telepaths. 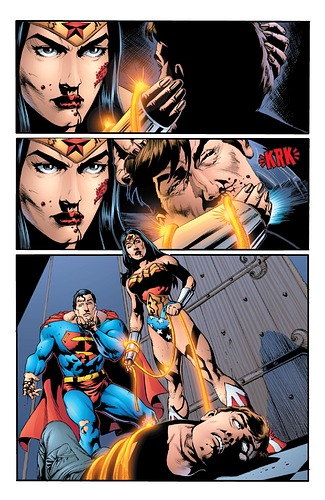 WW for the win.

I pick Wonder Woman by a landslide, all she has to do is knock Ultra-Humanite out cold, tie him up with her magic lasso and send him back to the Zoo behind bars.

Humanite routinely wipes out the JSA. He is far above her weight class.

Need I remind you of all the flunkies Grodd’s killed over the years?

Always loses to a human in the end.

I voted for Wonder Woman bc she stopped a world war.

Welcome to the community @colson201407.40554! I definitely agree that Wonder Woman would win this fight hands-down.

Please don’t hesitate to reach out to the moderator team should you need anything!

Thanks for welcoming me to the community

That is always an excellent argument!

My argument in all things.

Wonder Woman, and especially when she’s drawn by David Finch, as was the case with the art used in this week’s dealy.

WW…however Ultra Humanite has gotten into the minds of some extremely powerful people. But, WW being why I’m a DC fan, always gets the win

BUT! She wields truth as a weapon,

so none of his telepathy will work, and she’s got god powers to go w/ those mad combat skills. I think she wins this one easily.