Who Would Win? Valentine’s Edition-Superboy and Wonder Girl vs. Hawkman and Hawkgirl

Love is in the air this week, and this week’s double date special edition is no exception. Facing off against each other, we have two of the most powerful couples in the DC Universe-Superboy and Wonder Girl vs. Hawkman and Hawkgirl!

Tell us below which high-flying, high-powered couple you think would win, and why. Is it Conner Kent, the super-clone, and Cassie Sandsmark, granddaughter of Zeus? Or the winged warriors Carter Hall and Kendra Saunders? We’d love to read your thoughts!

And if you feel like reading up on this week’s couples, here are a few good places to start: 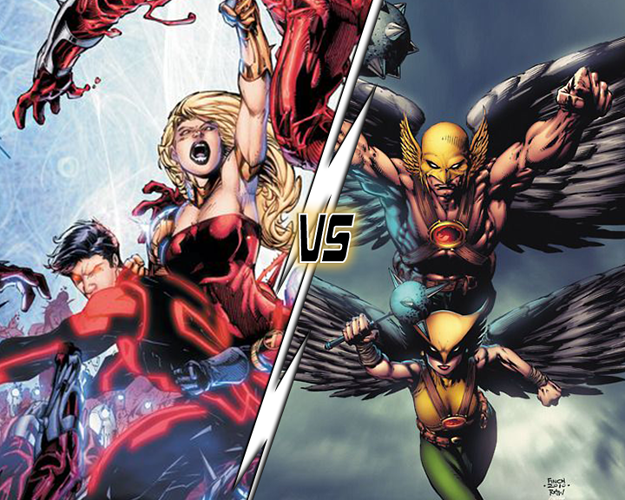 The Hawks have better teamwork. They win.

I pick Hawkman & Hawkgirl, because they make a great team, and probably have a good romance story. Superboy and Wondergirl are a bit too young.

Superboy and Wonder Girl may have the strength and vigor of youth, but the Hawks have been together and kicking ass for literally centuries. 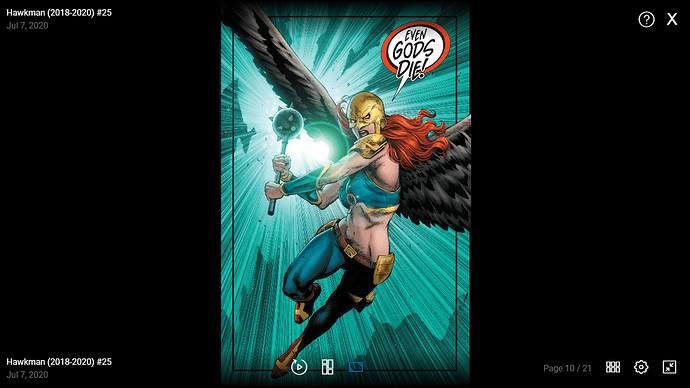 Hawkgirl could beat them but not with Hawkman, she’s not her best around him, Im thinking regular birdman Hawkman, who’d easily be beaten by superboy then he and wondergirl tag team hawkgirl

Well the hawks would beat the Young Justice (cartoon) versions of Superboy and wonder girl II, they would not be able to beat the New earth versions of these two or the New 52/rebirth as the are just as powerful as there older counterparts wonder woman and Superman…actually superboy is a bit more powerful as superboy Telekinesis gives him an advantage against superman.

also, the hawks do not always have the best relationship, sometimes their love turns to hate. and also do not have the right equipment for taking on these two as batman does. one of the reasons Batman beats the justice league is batman has designed things to handle them, were as the hawks do not.

I am enjoying how everyone is focusing on not just the combination of powers, but comparing the relationships and how well they’d work together.

Yeah power wise could be in favor of Superboy and Wonder Girl to win a physical fight, but definitely relationship wise Hawkman and Hawkgirl would win in that regard.

Thank you again for adding a few more titles to my reading list as well.

This has been surprising to me. I thought it would be a landslide for Superboy and Wonder Girl, just because one is a Kryptonian, but that’s not how it’s going so far.

one is a Kryptonian

Because it’s Valentines edition, I’m going based on love, the Hawks get my vote for this one. No, I don’t need to justify or elaborate any further, this is my choice. No take backs.

This is 100% in the spirit of Valentines. It’s perfectly unassailable logic.

…
A love powerful enough to survive multiple reincarnations vs young love, passionate yes but in comparison, young.
As for their power sets, I don’t think the hawks are at that huge of a disadvantage. At least nothing they couldn’t figure out.
I gotta go with the Hawks!

This was a really tough call for me. I get that Suberboy/Wonder Girl have the power here, but experience says a LOT and the hawks have been doing this for a long time. I had to give it to them. I think it would be a tough fight, but they would figure out a way before it was all said and done with.

Superboy and Wonder Girl aren’t anything the Hawks haven’t seen, and beaten, before. Hawkman knows Krypton (Catar-Ol) and he and Hawkgirl would die first before they let anything happen to the other. Their experience, their combat skills, their weaponry, their commitment to protect each other and their love will make sure they win. 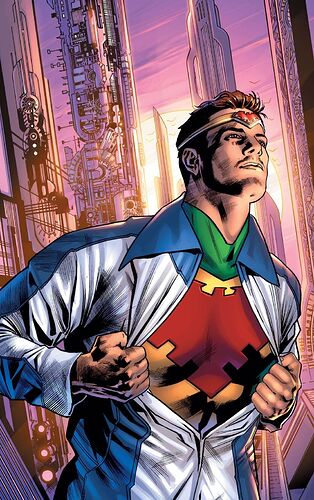 Everyone here is powerful, but it takes more than that to succeed, so I gotta go w/ experience and strategy: Hawkgirl/Hawkman.