Who Would Win? The Daily Planet vs. Mad Magazine

Our matchup this week is a wild one to celebrate Mad Magazine’s debut on DCUI-The Daily Planet versus Mad Magazine itself!

Which publication do you think would come out on top in a corporate battle (or just a brawl between its employees, or a joke contest or basically whatever kind of competition you want to consider)? Tell us which one you think it would be and why, below!

the daily planet because

I think Steve Lombard would dominate the brawl. In Superman Brainiac he was insanely useful in a crisis. In fact I think his rescuing ability in a disaster is why they keep him around.

I went with Mad. The Planet might have Lois Lane, Clark Kent, and Jimmy Olsen, but Mad has Harvey Kurtzman, Don Martin, Mort Drucker, Al Jaffee, Jack Davis, and too many more to list. And then there’s fact that Mad has some people who would probably fight dirty. It wouldn’t surprise me if both the spies in Spy Vs. Spy have kryptonite on hand…

I went with the daily planet because they have the best editor in chief Perry White. 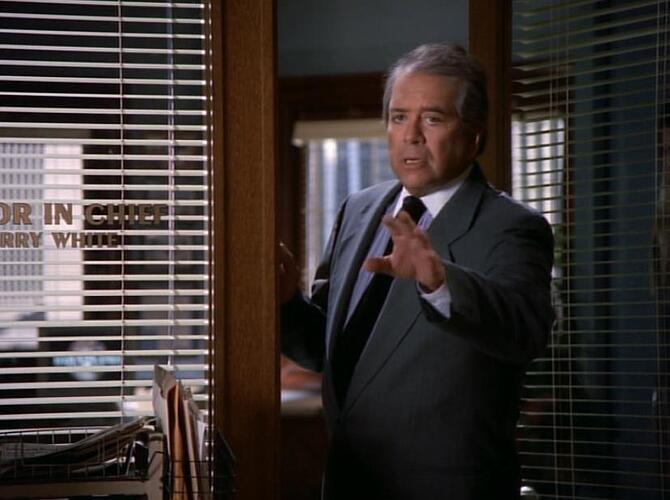 I mean, The Daily Planet has Superman (whether they know it or not).

Is really going to use his powers on reporters in what may or may not be a friendly brawl.

Then again Clark Kent is a really buff farmer so it makes sense he would be good in a fight.

If they fight like anchormen, then I’m confident just being the man of steel will be helpful.

Mad has the power of satire, with all the reality-warping goodness that comes with it.

I’m imagining the Wonder Woman scene in Batman Vs Superman, but it’s the Grey Spy coming in just to kill the other spies.

It’d like the Justice League versus the Looney Tunes.

Its the original comic-based, fictional newspaper with “Daily” in its title, and where a nerdy to some on the outside, but on the inside, is an all-powerful superhero clad in red and blue works.

Oh nice one, let me ask you this @Green.Lantern, if you ask who would win Daily Planet or Daily Bugle? I’d say Daily Planet, cause you have a honest editor who wants to tell the truth and have a good story. You have great reporters like Lois Lane & Clark Kent and Jimmy Olsen who is a photographer, you really can’t compete with a great team like that.
Sure you can try, but they’ll always come on top, that’s why I vote for them.
Mad magazine is great and full of humor, but Daily Planet is still the best. @AlexanderKnox should’ve work for them!

That does make sense! I could actually see Mr. Mxyzptlk involved with this fight and helping Mad Magazine out. It seems like the kind of thing he’d do.