Who Would Win? Terra vs. Elysion

If you’re like me, you’ve been watching as much of the Olympics as possible. Our two combatants this week have powers that would allow them to excel in one of my favorite Olympic sports, curling-Terra and Elysion! (And they’re both villains so they probably wouldn’t have an issue with cheating to win a medal).

Terra was the illegitimate daughter of the King of Markovia and one of the Teen Titans’ most infamous foes. Her powers of geokinesis allowed her to control the earth, rocks, and minerals, as well as to fly.

Elysion was a member of Terror Firma, a team of supervillains opposed to the Legion of Superheroes. He has the ability to manipulate the ground and stone.

If these two masters of rock and stone were to come to blows, which one do you think would be standing at the end? Let us know you think it would be and why, below! (And if you want to debate who would win if they faced off with curling stones, feel free!) 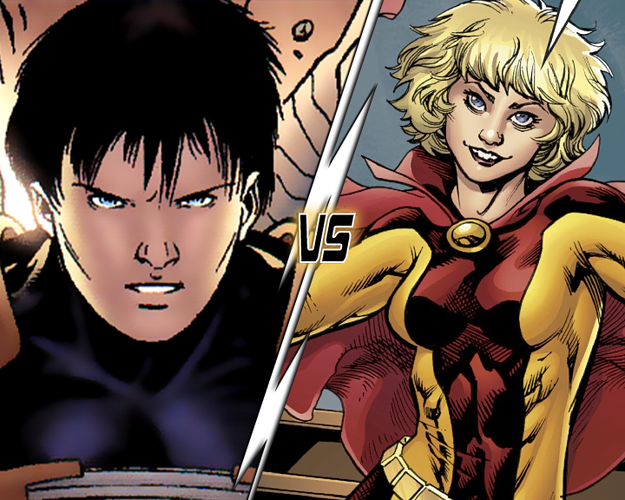 I don’t know much about Elysian…so Terra???

I pick Terra, I’m the same with @DickGrayson_TheBoyFriendWonder, I don’t know much about Elysian.

As i understand it Elysion has limited ground manipulation ability, such as making stone hands, while Terra has unlimited Geokinesis, so I will give her the edge.

Anyone who can make Slade fear for his life, gets my vote. 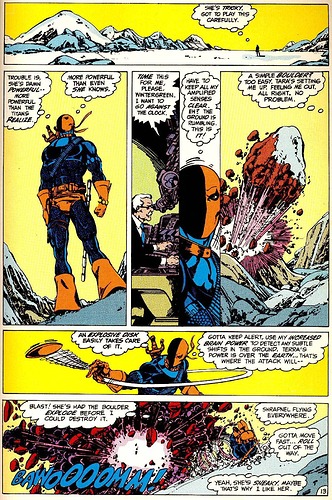 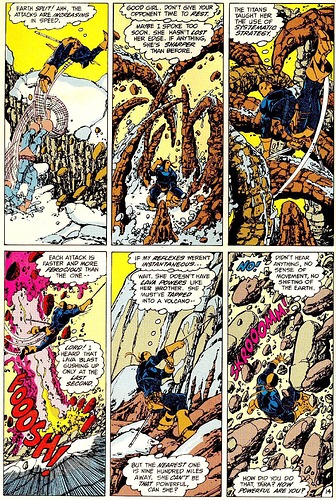 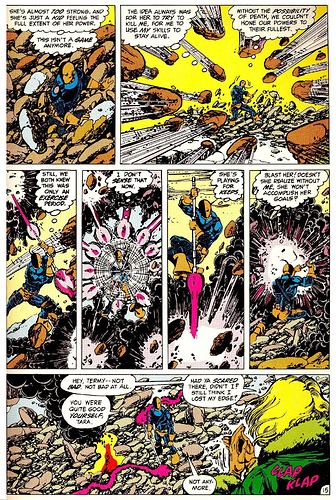 Because she rocks, that’s why.