Who Would Win? Stephanie Brown vs. Cheshire

Our fight this week is between two expert martial artists-Stephanie Brown and Cheshire! Stephanie Brown is a former Robin and the third Batgirl, and in addition to be a skilled hand-to-hand fighter, she’s a genius and expert with computers. Jade Nguyen, also known as Cheshire, is an expert with hand-to-hand fighting, multiple weapons, and poisons.

If they came to blows, who do you think would win? Let us know who you think it would be and why, below! 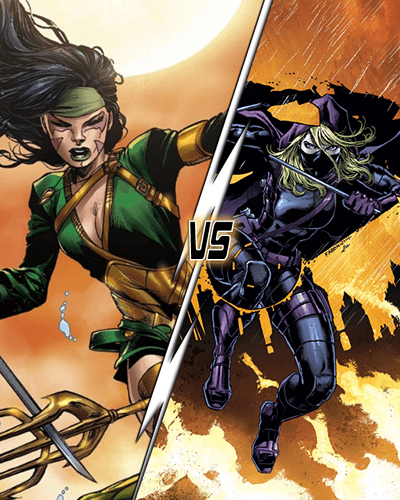 Stephanie because she’s Stephanie and this is not at all biased.

Stephanie Brown all the way.

Stephanie started in the shadow of her father’s bad deeds.
She served as a Robin to one of the least trusting and most critical people ever.
Barbara initially didn’t want her to have the suit, and her best friend is the real second most dangerous woman after Lady Shiva.

And yet, Stephanie never, ever gives up. Cheshire would be in for the fight of her life. And if she managed to actually poison Stephanie and win the fight, Jade would probably be left questioning why the poison took two minutes longer than it should have… 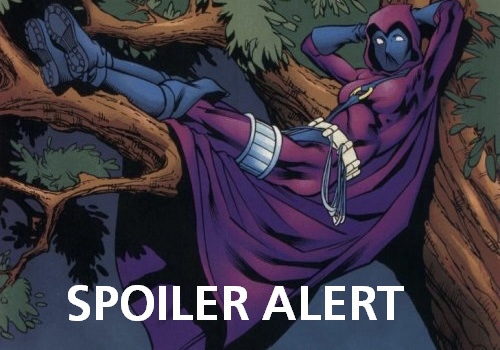 Steph FTW. I simply cannot vote any other way.

Steph, with gooparangs and waffles.

I pick Stephanie Brown, there’s something about her I like, really like her as Spoiler before she became a blonde Batgirl.

Perhaps I’m misremembering, but I thought Cheshire was supposed to be a top tier fighter/assassin. To me, Steph’s strength is her perseverance and creativity, not specifically her combat skills. I think Cheshire’s experience and combat expertise will give her the edge in a physical 1v1 fight.

I agree with you unfortunately. For characters I like, Stephanie would win. Cheshire, however, is a trained assassin and would wipe the floor with Stephanie. Just read her appearances in Secret Six and Villains United and you will know this is true.

Combat skills do not protect you from waffles being thrown at you (except for mine of course).

Can this situation happen instead of a fight?

I’m choosing Stephanie, as I believe that the whole stereotypical “good always conquers bad” trope will be how this ends, although realistically I think Jade would win. But this is fiction! And the hero always wins. Usually.

I love Steph, but this is Cheshire we’re talking about. She may not be at the very top of the list of best fighters in the world but she’s certainly up there, and sadly I can’t say the same about Steph. In a basic 1-on-1 fight, Jade takes this pretty easily. Now Cheshire vs. Cass, that’d be a much more even and interesting fight

I agree - as much as I like both characters, Cheshire would definitely take this battle, especially considering Cheshire has taken on characters like Lady Shiva. 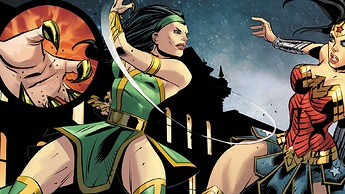 Cheshire definitely has Steph beat when it comes to fighting prowess and her expert knowledge of poisons. However, what Steph lacks in kung-fu skills she makes up for in tenacity and quick thinking. Would it be enough to fully take Cheshire down? I don’t know, but it might be enough to get out of the battle or delay the assassin’s killing blow until help arrives.