Who Would Win: Martian Manhunter vs. Mongul

This week’s fight is between two extremely powerful and brilliant aliens:

Called the most powerful being on Earth by Superman himself, the Martian Manhunter possesses a wide range of powers, such as near-invulnerability, strength, flight, telekinesis, telepathy, and Martian vision, which allows him to see through solid objects and project energy. The tyrant ruler of Warlord, Mongul also has super strength, speed, stamina, fire vision.

Which one of these alien powerhouses do you think would come out on top? Tell us your choice and why, below! 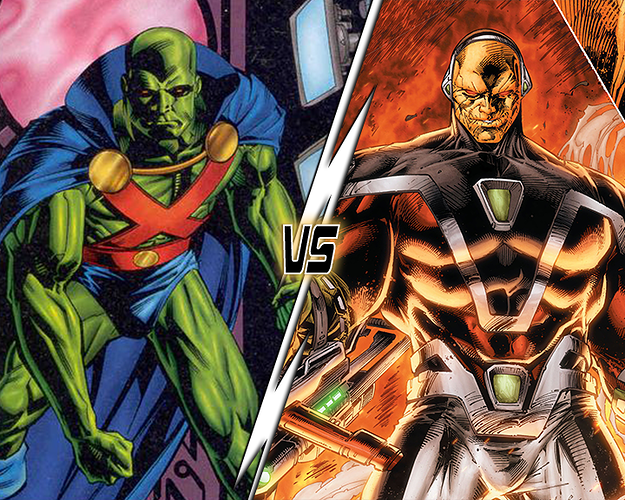 I’m a fan of @LastSon0fMars’ favorite character. I can see why, so he got my vote!

Oh same…definitely got to vote for the Martian Manhunter

Bonus: He interrogated an iguana once. 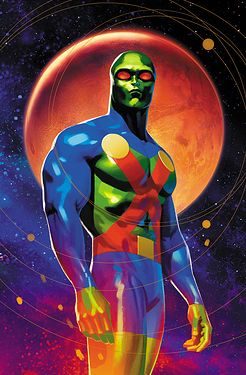 This is a really good one! But I’m gonna have to go with Martian Manhunter, because if For the Man Who Has Everything proved anything, it’s Mongul’s susceptibility to mind control. If the Black Mercy plant could get into his head, then so can J’onn.

Well the whole fire weakness, pretty much knocks Martian Manhunter out in any battle, if his opponents are aware of it. However, ignoring that, as there is no fire in space, where this fight will take place. MM is so OP, that he would clean Mongul’s clock. 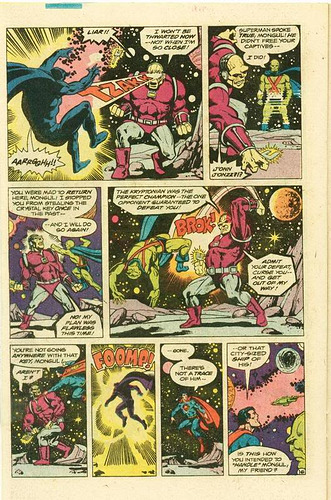 Blackest Night is what really got me into DC Comics, and it didn’t take very many issues of that for me to become a big Martian Manhunter fan.
I do feel like a lot of Mongul’s victories come when he’s able to get the drop on someone and attach Black Mercy to them. I am very curious how that would affect a telepath like Martian Manhunter.

I know from when we were attacked by Mongul. J’onn telepathically connected with the Black Mercy and politely asked it to release him, and it did.

I’m a fan of @LastSon0fMars’ favorite character. I can see why, so he got my vote!

Muahaha! My guy MM has all the votes on his side

He is just such a wise and thoughtful hero - he can calmly plan out his moves in the battle and achieve victory!

As long as he stay away from fire, he can win! GO MARTIAN THE MANHUNTER!!!

I do feel like if it was a fair fight Mongul would be in serious trouble. I think his only real chance would be to ambush Jon. Which would be hard to do to a telepath, I would think.

He wouldn’t have to lift a finger to do it, either. By invading Mongul’s mind and detrimentally warping it to a sufficient degree to where Mongul would be a drooling vegetable whose only thought is “Look at the Black Mercy. It’s perrrrteeee…”, J’onn would ensure supreme victory, and in no time flat.

Afterward, J’onn would celebrate by busting out the Chocos and curling up in front of the TV, just in time for the latest episode of Whitty Banter (a fine show, if you haven’t seen it).

Fire weakness is irrelevant here as it is actual fire that causes his psychosomatic reaction. Mongul’s fire vision is no more an issue for J’onn than any Kryptonian’s heat vision.