Who Would Win? Lobo vs. Doomsday

Our fight this week is one that would undoubtedly be long, brutal, and probably pretty hard to watch-Lobo vs. Doomsday!

Lobo is the last of his race (don’t feel too bad for him though, since he killed every other Czarnian). He’s widely known as the best bounty hunter in the universe, and has gone toe to toe with Superman himself. He is incredibly strong, fast, and has super healing, which renders him functionally immortal.

Speaking of beings who have held their own against Superman, in the other corner of our imaginary ring we have the monster who actually killed him-Doomsday! He was engineered by ancient Kryptonian scientists, who used cloning technoloy to evolve him into becoming the perfect weapon. He is immensely strong, fast, agile, and can regenerate from virtually any damage.

If these two essentially indestructible characters were to face off, which would be the last one standing? Tell us who you think and why, below! 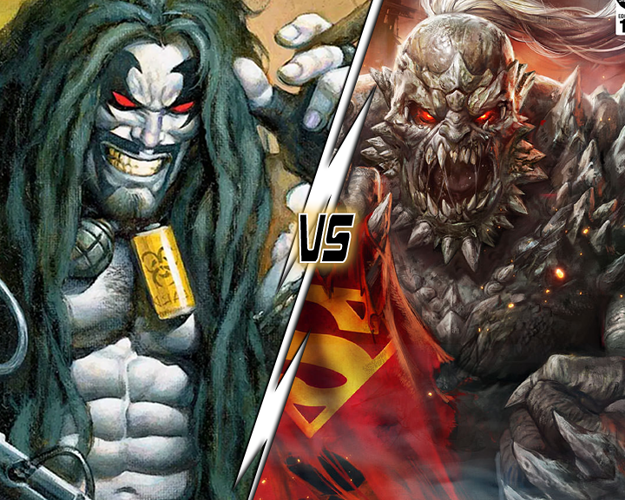 The Main Man because he can regenerate

I’d say doomsday. He can adapt to many situations I think he can adapt well to fighting the main man. Even if that means continuously smashing a pile of lobo mash potatoes

(Also doomsday bias on my end)

Doomsday: I am alive.

Lobo: You’re right. My watch is about ten seconds fast.

Who will catch more of a beating and need to regenerate more? Also probably Lobo, which will just lead to more talking ish.

Could be one of those riddles wrapped in an enigma type things? 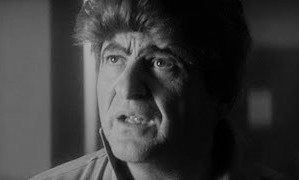 I’m really surprised to see Lobo winning, especially by this much. He’s been beat by Superman several times, but Doomsday was the 1 to actually kill Supes. I don’t think even Lobo would be able to stand up that well to Doomsday

Because Clark won that fight, as Doomsday went down first. Lobo actually has beaten Clark.

They went down at the same time, so really it was more of a tie where they ultimately killed each other. And I know Lobo hasn’t lost every match, but he’s still lost most of them

I’d say Doomsday, cause he pretty much kill anything he see, and I don’t think Lobo would stand a chane. He be lucky to barely survive the fight.

After an epic battle and a lot of collateral damage when the dust settles lobo would have worked out a way to subdue and defeat doomsday.

He’d rip Lobo to pieces so badly that “frag” would be an understatement.

Afterall, Superman has defeated Lobo many times and if Doomsday defeated Superman, then Lobo’s going to be boned from here to Takron-Galtos and beyond.

I’d pick ANYONE to beat Lobo.

Jimmy Olsen, Color Kid, a goldfish summoned by Aquaman, ANYONE

I feel like this is the kind of fight where Lobo would just not give up. But that’s also kind of Doomsday’s thing, too. Physically Doomsday seems like he would overpower Lobo, but Lobo would be extremely hard to put down for good.
About the only thing I am really certain about with this fight is that if it was ever depicted I would totally expect it to be a situation where these two characters are literally the only two beings left in the multiverse, and they still haven’t stopped fighting.

I’d say Lobo, because the only instance I can think of when he died, or was seriously injured was in the Rebirth era of JLA when he literally exploded (then was fine) or in Dark Nights: Metal when Devastator (or the superman from that earth in the Dark Multiverse, can’t remember) swung him into the sun. Doomsday killed Superman, yes, but he also died in the DCEU with a kryptonite spear, and Lobo has access to kryptonite.

but he also died in the DCEU with a kryptonite spear, and Lobo has access to kryptonite.

Only DCEU Doomsday is vulnerable to kryptonite, and this battle would be between the comic versions of the characters

No DCAU, DCAMU, and Smallville Doomsday are vulnerable to Kryptonite.

So admittedly I haven’t seen Smallville or Death of Superman, though in looking up details on Doomsday for both of them, I’m only seeing that Smallville made it clear that Doomsday has a kryptonite weakness, which quickly became irrelevant since he regenerated after it killed him. I also don’t remember DCAU Doomsday being shown to have a kryptonite vulerability/weakness, but if the reasoning comes from him being a Kryptonian creation, then I feel like the previous logic would hold – it can only kill him once before he regenerates w/ a full immunity to it. So if that could possibly be a factor, I guess it’d come down to whether or not Doomsday had encountered kryptonite before this fight w/ Lobo, because if he had, then it wouldn’t do anything to him

Of course all that could still be thrown out the window since this fight would still presumably be between comic Doomsday and Lobo, not any of their adaptations. And though Doomsday is still a Kryptonian creation in the comics, he’d actually have to have some Kryptonian DNA in order to have the kryptonite weakness. I know there have been some instances where that’s happened, but it doesn’t seem to be the case most of the time

I still just feel like this is pretty straightforward. Superman’s beaten Lobo enough to the point where we clearly know Supes is stronger, but Clark and Doomsday are on about equal strength levels since it took killing each other to take the other down. So just by comparison, Doomsday wins